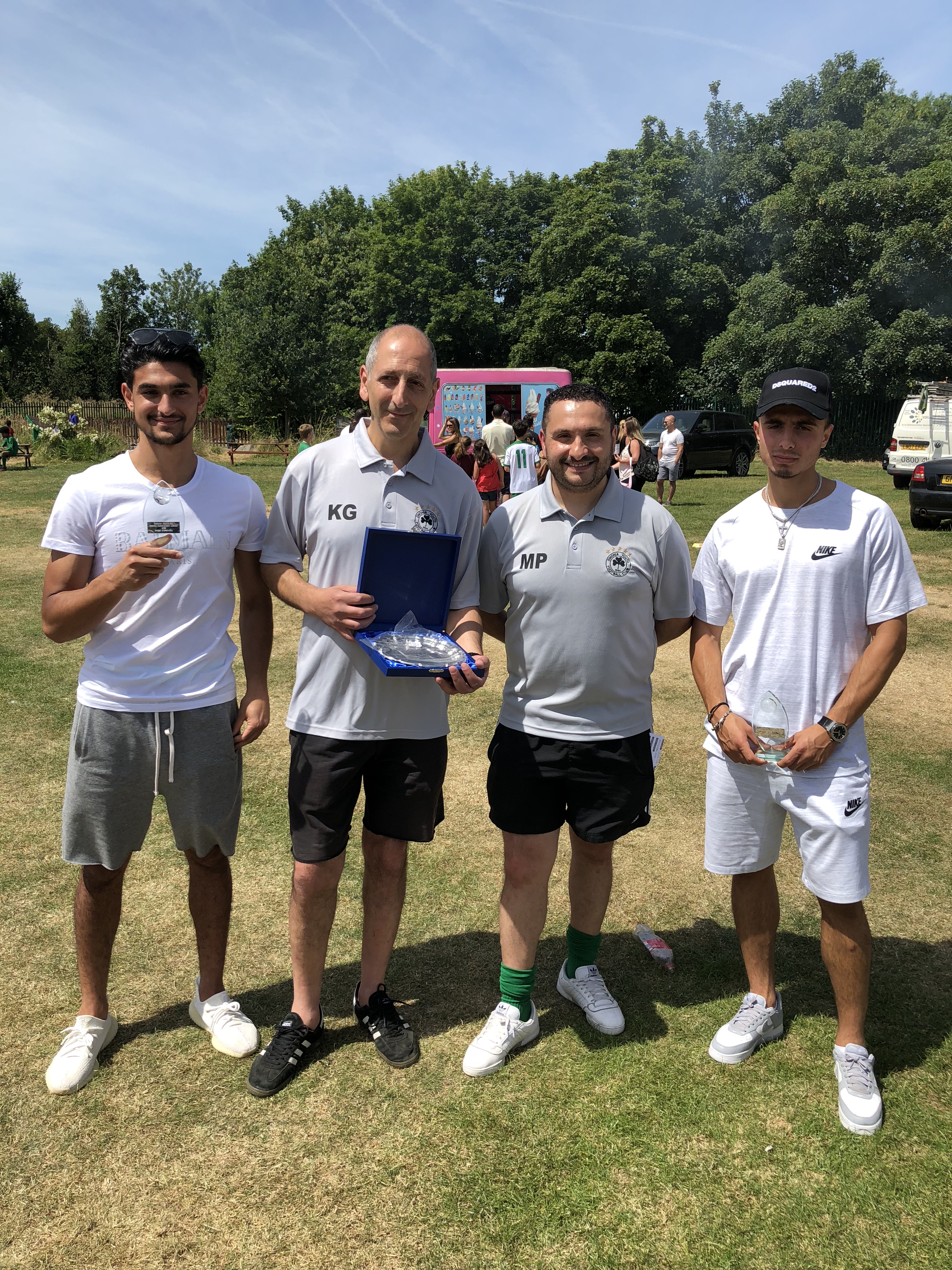 Over the course of the day, every young footballer at the club was rewarded for their efforts during the season, as team managers and coaches were given the opportunity to review the season with their players and their families.

The weather was kind to the club and in keeping with the World Cup excitement, the club ensured England fans could watch the match versus Panama as a screen was put up to show the match.

Team mates Demirhan Firat and Jamal Mohammed from the Under 12 Green were recipients of individual club awards. Demirhan was the goalkeeper at the club who kept the most clean sheets throughout the season while Jamal’s goals saw him receive the Andreas Kyprianou Top Goalscorer Award as club top goalscorer. The award named after former Omonia Youth FC player and son of former chairman Kypros Kyprianou. The award was named after Andreas as he had completely dominated the award during his 10 years at the club. Jamal scored an astonishing 49 goals in a season of success that saw the under Green win their division title to win promotion as champions.

This season the club’s committee decided to award two former players with a special club award.

The club prides itself on being an important sporting outlet for the youth of the community and over the past 24 years, thousands of young footballers have enjoyed their Omonia Youth FC journey. For many, if not all, young footballers, they have a dream that they could one day make the leap to the professional game. On Sunday the club honoured two former players who both have a strong link to the club, have both played for the club and have made that dream a reality. The club awarded Southend United’s Harry Kyprianou and Tottenham Hotspurs Antony Georgiou with a special club award in recognition of their achvement. Indeed, both players last season also made their international debuts for Cyprus; Harry playing for the Under 21 while Anthony made his full debut.

Finally the club awarded the Steven Toumbas Achievement Award and is a very special award named in memory of one of the club’s former players, Steven Toumbas, who in December 2008 died suddenly at the tragically young age of 20 years old. Since this unfortunate and very sad time, the club decided to dedicate an annual award in memory of his name. The Steven Toumbas Achievement Award can go to any player or person associated with the club whereby nominations by managers and subsequent review by the committee will be assessed. The award winner receives an engraved silver salver to keep.

This year, the Steven Toumbas award was presented to Kyri Georgiou who, who for over a decade has served the club in various roles. Chairman Michael Pieri said this of Kyri:

“His love for the club is unconditional and over many years he has done everything in his power to support and ensure the club is the best it can be. The first to help and the last to leave when the clear up begins!

Over many years in various roles, the institutional memory he has brought to the committee while I have been Chairman and before has been invaluable.

His advice is golden and his role in the decision making process has been vital. While arguments may rage around him, his skill in diplomacy and his sincere manner means he is listened to and rusted implicitly.

As a coach he is knowledgeable but most importantly he sincerely cares for the young people he is working with.

As my vice chair for the last two years when he told me a few months ago told me he was stepping down I totally understood why, but I was still gutted. I will certainly miss him for his ability to reconcile differences and seeing things from an alternative viewpoint but I will also miss him for his generosity, genuine warmth and wisdom.”

An emotional Kyri said a few words in his customary gracious way.

It was fitting end as the wonderful weather and positive atmosphere again underlined the incredible community spirit which is at the core of the club’s values.

Young footballers from different age groups enjoyed meeting each other, playing football with each other and enjoying the food that was on offer.

Parents and friends of the club mingled with managers and committee members to enjoy another successful Omonia Youth FC Presentation Day. 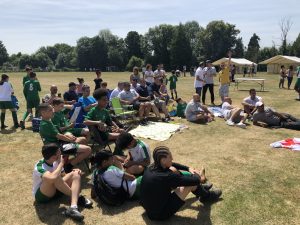 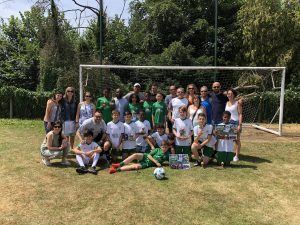 U13 White Players and Parents 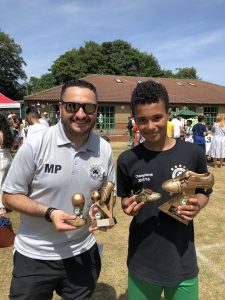