“Supporting the Community through Youth Football”

Formed in 1994, Omonia Youth FC is committed to giving the children of the community a safe, fun and inclusive environment to learn and develop their love of football. The club’s ‘football-for-all’ philosophy stresses the importance of community, inclusion, togetherness, positivity and sportsmanship. OYFC is an accredited England Football Club and Nike Partner Club.

Welcome to the official website of Omonia Youth Football Club.

We would like to wish all our returning managers, coaches and volunteers a safe, fun and successful season and wish our returning parents, carers and young footballers an enjoyable season full of positive experiences and learning opportunities.

We also extend a warm welcome to those who are new to the club: new coaches, new parents and carers and of course new footballers. Thank you to the club’s kit sponsors: Spector, Constant and Williams Legal, Vas Barbers and V Jewellers for their generosity.

Another major announcement at the club’s summer AGM, was the club welcoming new Chairman Myri Demetriou and we thank outgoing Chairman Michael Pieri for his six years at the helm.

This season we have 32 teams with over 450 young footballers training and playing matches every week. Among the 32 are six girl-only squads, further evidence that our club continues to ensure our commitment to our community remains strong. We will continue with our inclusive football sessions and we are excited to see the continued development of our Men’s Team play in the KOPA League.

Please do browse our website and celebrate with us the successes of our young footballers as they continue to enjoy their football journey and their development with Omonia Youth FC.

After recently being named ‘Club of the Year’ by the Middlesex FA, Omonia Youth FC have gone one better as they were named the FA
Read more » 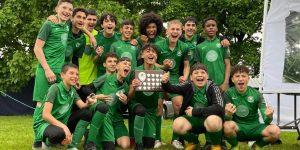 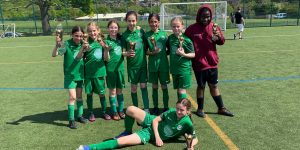 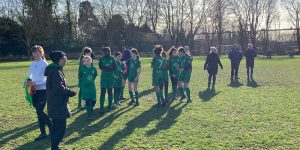 Sophia Karanicholas and Samuel Arthur Under 14 Girls were celebrating an wonderful achievement after they were crowned Under 14 Girls champions. It is the second
Read more » 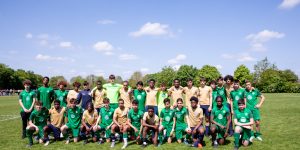 With only a few days to go to our Summer 6-a-side tournament we want to thank all applicants and can't wait to host over 100 teams over two days. We are sad we couldn't accomodate all teams and had to dissapoint some. We hope to see you again soon. ☘️⚽️💚

Good morning and Happy Father's Day to all the dads out there.
Wishing you a fabulous Sunday ☘️⚽️💚
@Parikiaki @EnglandFootball @middxfa
#FathersDay