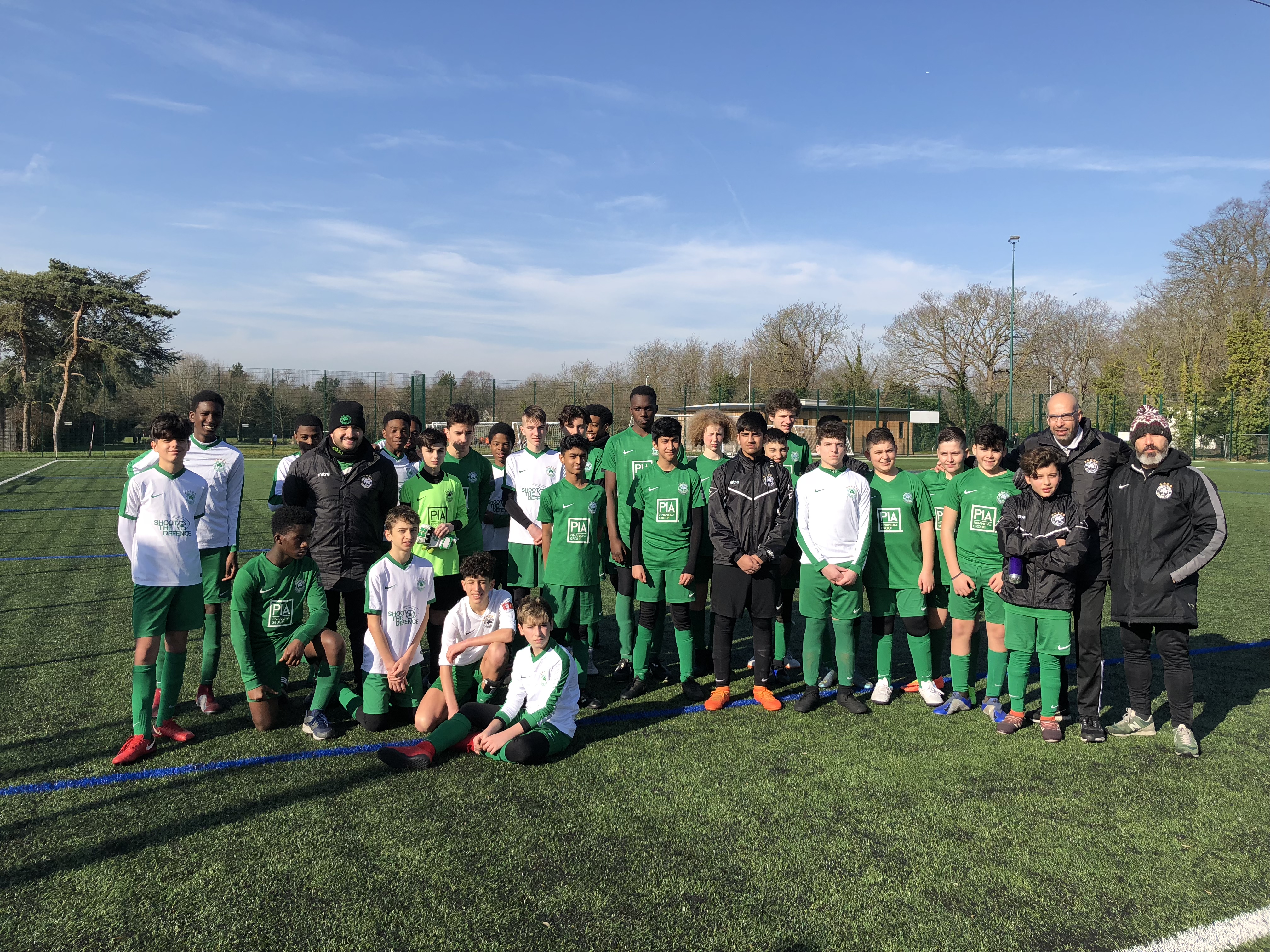 With the season approaching its climax, there were plenty of important win and good performances from the many team of community grassroots club Omonia Youth FC, sponsored by PIA Financial Group and Philip Ross Solicitors.

In the day’s Under 14 Derby promotion chasing Under 14 Silver and Under 14 White played their last league derby of the season.

Michael Pieri’s under 14 White needed a win for their promotion push and inflicted only the second league defeat on George Sammoutis and Harry Theodorou’s Under 14 Silver. In a cagey opening, the Under 14 White took a deserved lead only to be put under pressure at the end of the first half but they went into the interval preserving their 1-0 lead. The second half was very different with the Under 14 White dominating and creating plenty of goal scoring opportunities, which they took, as they scored four more goals to run out 5-0 winners and claim three important points. Goals were scored by Itiel Omadjela, Noel Allen, Santino Raia, Emmanuel Ouoha-Nzeh and full back Yianni Sophocleous who scored his first goal in three years! Such was the performance from the Under 14 White that manager Michael Pieri declared the whole team as Man of the Match for “…an outstanding display and having executed a game plan perfectly. All 13 players made a positive contribution to the match.”

Chris and Jimmy Mousicos played out a brilliant 1-1 draw against their title challenging opponents. Louis Georgiou goal with Kayden Trey Virgo and Aaron Lewis given Man of the Match.

In the other Under 14 match, Nick Lingis and Mario Christoforou’s Under 14 Green were outstanding as they won 4-1 away. They had no recognised goalkeeper, no substitutes but this proved no problem. Erin M (2), Georgios C and Joe K got the goals with Pedros O named Man of the Match.

In their Spring Plate group match, Nick Georgiou’s Under 16 White won 4-2 in what was described as a great performance.  The team had to play with only 10 men due to half term holidays and two of the 10 players were goalkeepers! First choice goalkeeper played as centre forward and he had a fantastic game scoring twice with plenty opportunities to score more! Nick was delighted with the teams as he said: “…the boys showed a great team spirit and gave everything to earn this win today…”

Goals were scored by Man of the Match Alex Paphitis (2), Peter Michael and Nick Apostolou.

Barrington and Demi Shiamishi’s Under 15 Green won 4-1 away from home thanks to a confident display against a team placed higher in the league.  They ahead from the 5th minute and never looked back.  Goals from Julian Zelli (3) and Matthew. Nicolas Shiamishis was awarded Man of the Match for his assured display at centre half.

Savvas Zavros and David Poncia’s Under 13 Gold put on a respectable display of football in what turned out to be a very challenging match. Without any substitutes the boys worked hard from start to finish with the score ending in a 3-3 draw. Both coaches were rightly proud of their team’s performance. Goals from Louis Brown (2) and Leo Capsalis. The whole team were Man of the Match.

Panos Papa-Michael, Elia Constanti and Andy Michael’s Under 15 Gold suffered a 4-1 defeat away from home. A lethargic first half display ended with the team trailing by three goals at the interval. Even though they improved in the second half and having created some chances but they could not overturn the deficit on a very poor pitch. Youseff Habibi was the goal scorer with Marco Goumal named Man of the Match. 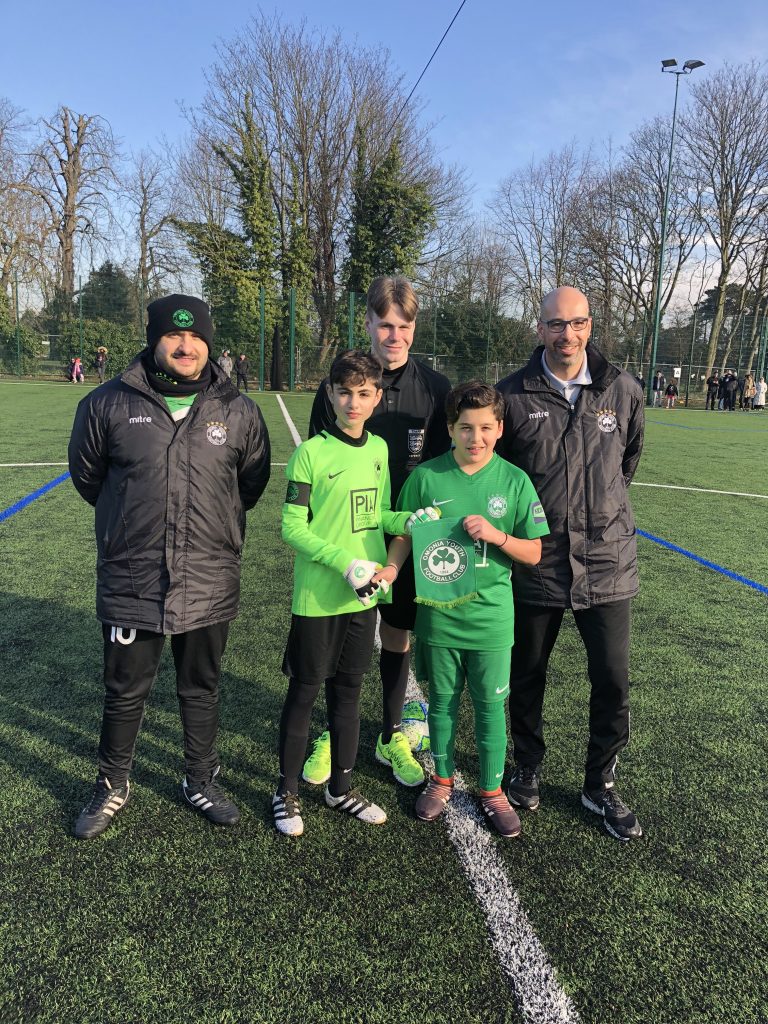 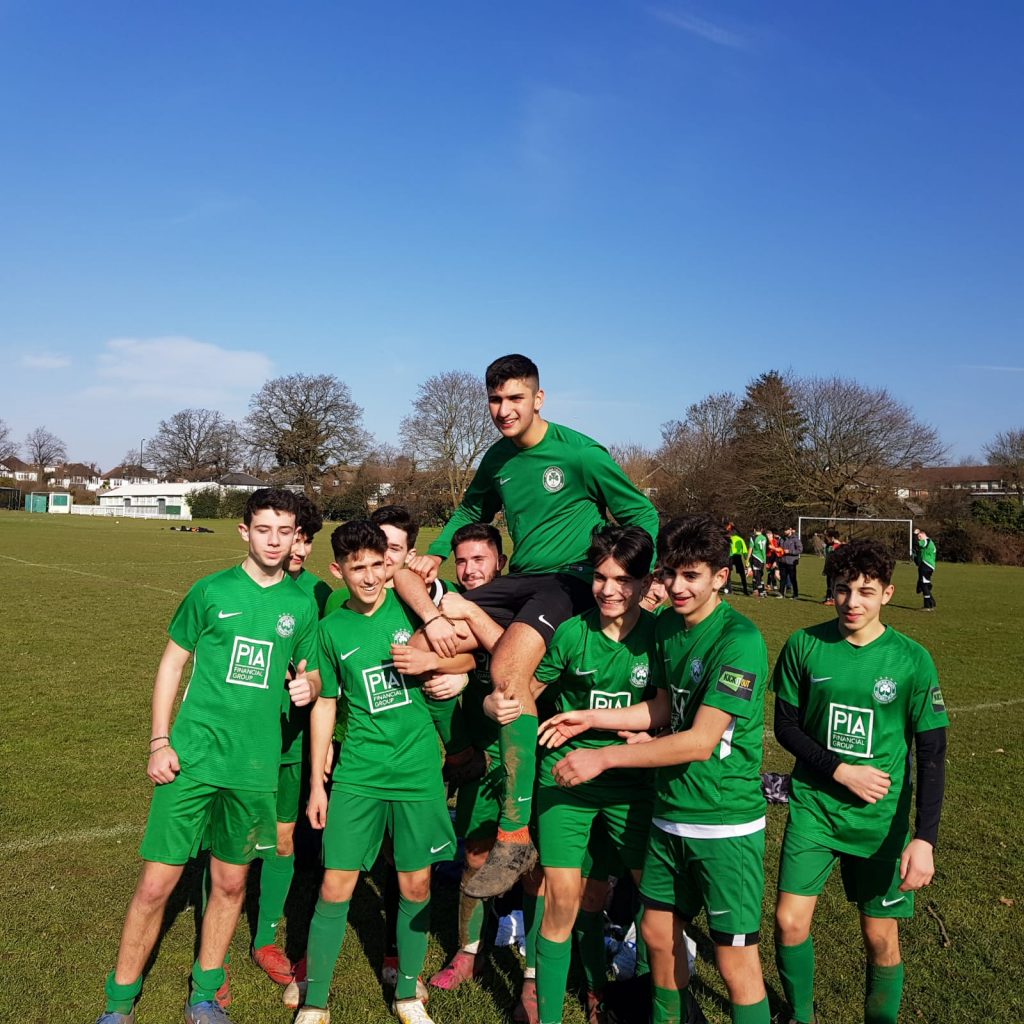