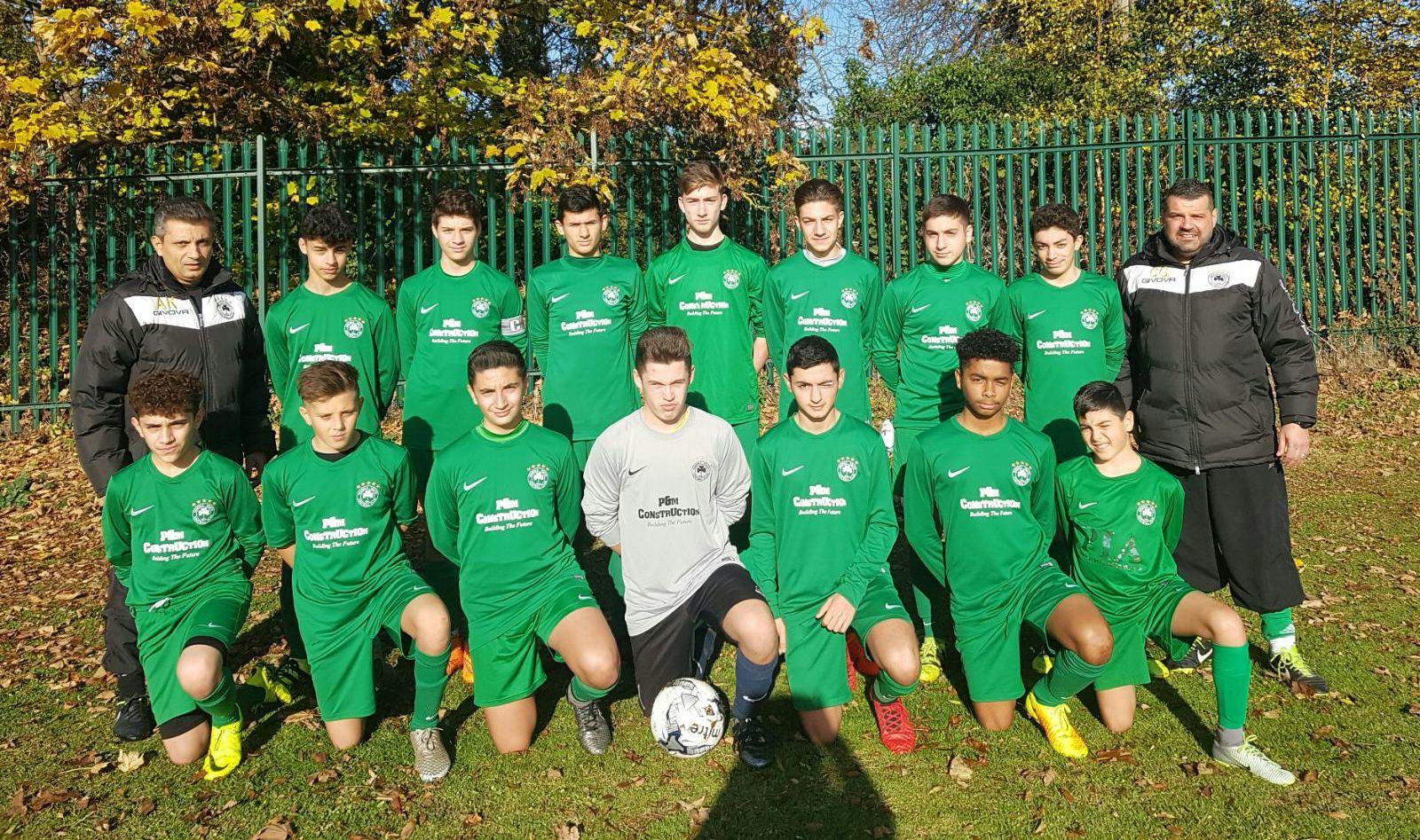 Community football club Omonia Youth FC, sponsored by P&M Construction Ltd, had another weekend to savour as two of their teams moved to the top of their respective divisions.

Chris Gregoriou saw his Under 15 White team win 5-1 and move to the top of the Blue Division. Scorers on the day were Gregory Georgiou (2), Chris Yiannitsarou (2) and Michael Patsias. Man of the Match was Stavros Konstandinitis

Just like the Under 15 White, Andy Charalambous’ Under 14 White moved to the top of their Blue Division after drawing 2-2 on Sunday. Goal scorers were Louie Capsalis and Harry Demosthenous. Man of the Match wasrico Charalambous
Elsewhere, Panos Papa-Michael and Andy Michael’s U13 Gold won comfortably, scoring nine unanswered goals as they progressed with ease into the next round of the prestigious Middlesex County Cup. Goals came from Andy Polycarpou (3), Michael Papa-Michael (3), Youssef Habibi (2) and Tom Gibb. Man of the Match was awarded to three players who were described as ‘game changers’ by their manager: Andy Polycarpou, Michael Papa-Michael and Youssef Habibi.
Kyri Georgiou’s Under 15 Green won 2-0. Goal scorers were Stelios and Michael. Man of the Match was Temi.

Elia Constanti’s Under 16 Green won 3-0 thanks to a solid performance all round. Goal scorers were Kobi with a brave diving header. Toki scored with a penalty after Kobi was brought down. Amelio wrapped up the win with the third. Man of the Match was awarded to Kobi Brown
Chris and Jimmy Mousicos’ Under 12 Gold won 2-1, thanks to a stunning last minute free-kick winner from Rhodos Stylianou. Charlie Mousicos got the first goal. Man of the Match was Jason Kasa.
Nick Lingis saw his Under 12 Green’s go out of the County Cup to a strong side losing by the narrowest margin, 1-0. Man of the Match was Valentino Nicolaou

Michael Pieri’s Under 12 White dominated their game but only came away with a narrow 2-1 win thanks to goals from twins Anthony and Andreas Fereos. Man of the Match was Santino Raia who was outstanding.
The Under 14 Greens lost 4-2. Goals scorers were Toby Abanna and George Stasi.
Nick Zimaras’ U16 Whites lost a tight game 3-2 in the Middlesex Cup. Scorers were Carlos and Rosley with Rosley also awarded as Man of the Match.
Kyri Haili and Mike Petrou’s Under 13 White won 4-1 thanks to a hat-trick from Adam Curran who was rightly also named Man of the Match. Hoe Sin got the other goal.
The club will be celebrating another year of success with a Celebration Dinner and Dance on Sunday 4th December at the Regency Banqueting Suite in North London. The club will be producing a commemorative brochure for the evening and should you want to advertise please contact the club. There will also be a raffle and an auction of sporting memorabilia. Contact the club for more details.