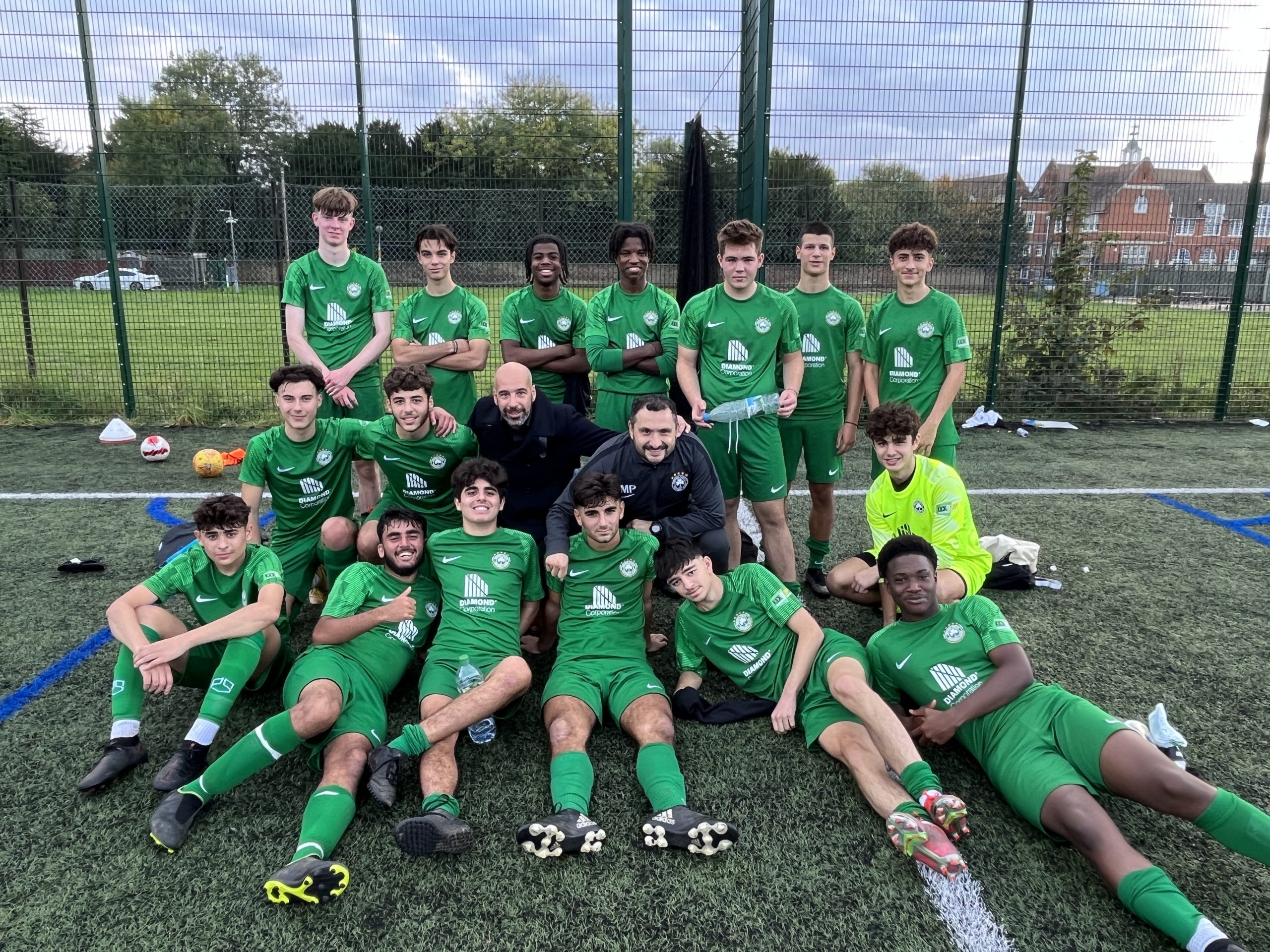 Torrential rain as well as the threat of thunder and lightning on Sunday meant that many matches had to be called off for community grassroots club Omonia Youth FC, sponsored by Diamond Corp. Ltd.

There were, however, some matches that went ahead with Sophia Karanicholas and Samuel Arthur’s Under 15 Girls playing on Saturday. In what proved to be a tough match in difficult conditions, the Under 15 Girls suffered their first defeat in 10 matches. Having to deal with missing players, the return match is already eagerly awaited after a 5-2 defeat. The girls did their best with both Samuel and Sophia proud of the effort of the team but ultimately, their opponents were more disciplined and played more as a unit. Goals were scored by Shekhinah and Gina with Anika named Player of the Match who brought great energy in defence and fought for every ball courageously. She also made some outstanding saves as goalkeeper too.

Savva Zavros and David Poncia’s Under 18 Gold were taken to extra-time before they won 3-1 to take their place in the next round of the Challenge Cup. This is the third time they overcome the same opponents this season, and it’s still October! The pouring rain definitely made it difficult for both teams, especially for the subs who when having to come on were absolutely drenched! There was good effort from both sides and woth the match 1-1 at 90 minutes the Under 18 Gold found their rhythm in extra time which saw them take the game away from the opposition with two unanswered goals. Ky (2) and Nathan were the goal scorers with James Carter named Man of the Match.

Michael Pieri and Harry Theodorou’s Under 18 White also played familiar opponents, beating the same team for the second week running. With the opposition arriving to the match with only eleven players, the task for the Under 18 White was made easier as their opponents tired in the second. The 10-2 score line owed much to the opponents’ fatigue along with the Under 18 White’s ability to astutely use five substitutes in rotation. That said, there were some outstanding performances with both Andreas Fereos and Viktor Borisov earning Man of the Match awards for grabbing a hat-trick each. Edwin Abbassi, Billy Annett-Cook, Igor Gomes-Matos and Nicholas Theodourou also scored.

Chris Gregoriou’s Men’s Team, sponsored by Crown Mobile Tyres and CMB Partners, continued their winning run but they had to be patient against the division’s bottom club. The first half was a tight affair, and while the opponent created many situations, they didn’t have the firepower to hurt open the scoring. Ten minutes before half time, Omonia Youth were awarded a penalty which was expertly dispatched by Nicholas Gregoriou. IN the second half, the message was to keep the football simple, play two touch and this which yielded two more goals to kill the game. Daniel Ndoj and Dimitris Michalaris scored the goals with Daniel also named Man of the Match.

Jason Plysi and Tony Styliandes’ Under 12 White Lions suffered defeat but there were plenty of positives to take from the game. The girls took a while to get into their rhythm and much of the play in the first 10 minutes was in their half. However, once they found their feet, they started to pressure the opposition and they created multiple chances and had a golden opportunity to score just before the break but didn’t. This was the unfortunate the story of the day where the opposition capitalised on their chances and the Under 12 girls didn’t. The final score line didn’t was reflective of a good performance. The coaches rotated players in multiple positions and at full time reflected and discussed how they can improve and what they should be working on in training. Player of the Match was awarded to Ria who never stopped running, playing box to box, creating chances, tracking back and making important tackles.