Under 18s through to Cup Final 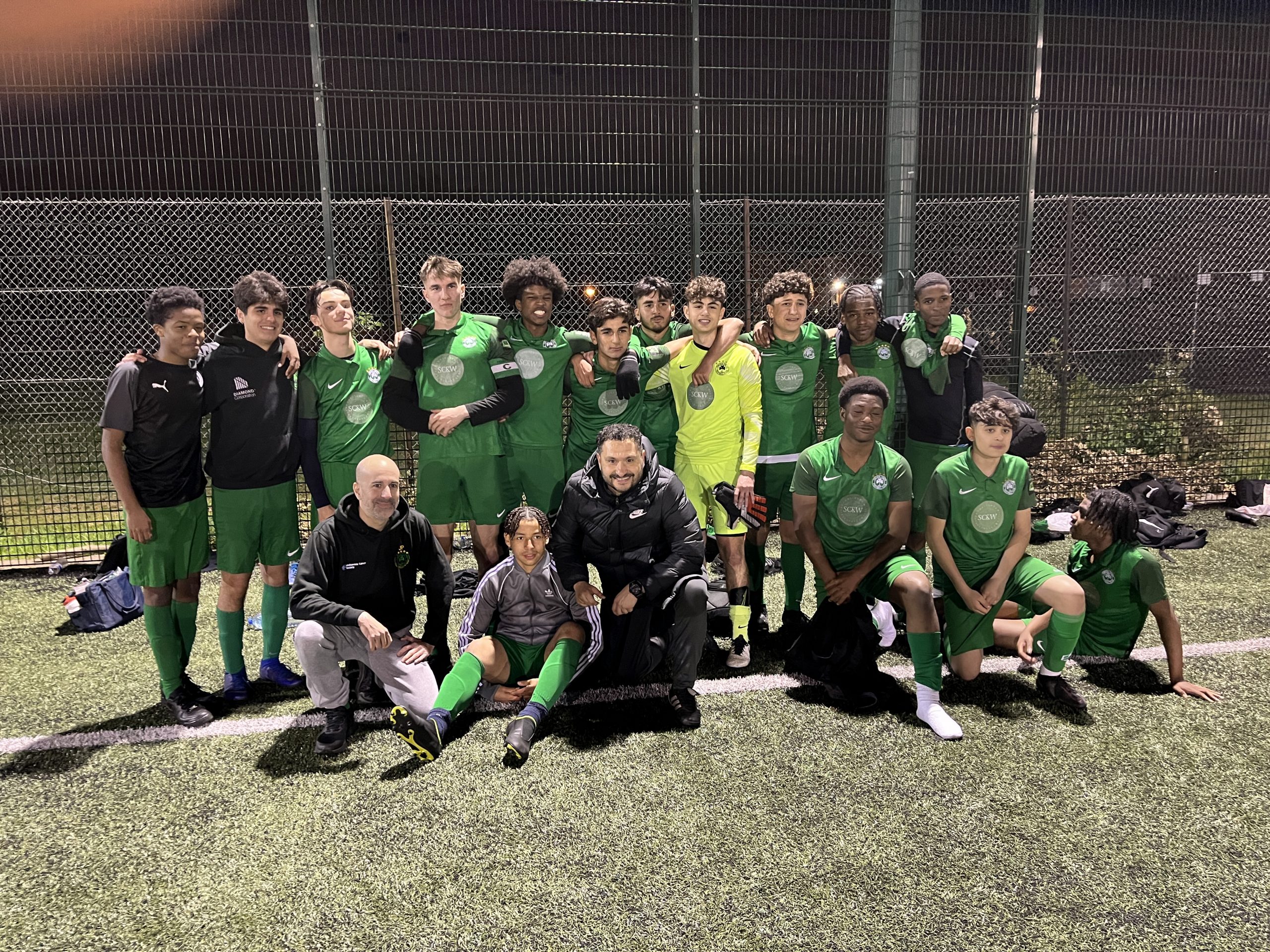 The semi-final final was played last Thursday under the lights at Enfield Grammar School 3G pitch and the evening kick off, along with a large watching crowd, generated an exciting atmosphere. Both sets of players did not disappoint as they produced a pulsating, end-to-end match.

The Under 18 White took the lead through Erdal Nacakdedigi midway through the first half. At this stage of the game, the home side were comfortable and in control. However, just before half-time their opponents equalised and going into break they were the team on top.

Early in the second half, the opponents grabbed two quick goals, thanks to a combination of persistence and sloppy defending, to go 3-1 up. Chances and opportunities were being created at both ends of the pitch. With 20 minutes to go, Igor Matos-Gomes, who had come on as a substitute, reduced the arrears with a finely taken goal. This galvanised the Under 18 White and wave after wave of attacks finally yielded the equaliser, Erdal slotting home expertly thanks to a great move on the left hand side.

With the game edging towards extra-time and possibly penalties, the Under 18 White scored twice in injury time to secure their place in the League Cup Final next month. First Erdal completed his hat-trick before Noel Allen rounded off the scoring to spark delirious scenes of jubilation.

After the match, manager Michael Pieri said: “These boys never cease to amaze. They are an incredibly resilient group of young men and today to go from 3-1 down with 20 minutes left, to go to win the match shows belief, trust in each other, courage but also a never-say-die attitude. The scenes at the end were fantastic and this was helped with the wonderful support not only from parents and family but also from players from our Under 18 Gold and Under 18 Silver teams who came to watch. A word also for the referee Fabian Robertson who controlled the game expertly. I’m delighted for the boys who now have a Cup Final to look forward to.”

Naming a Man of the Match was difficult as there were many worthy candidates but having scored three goals Erdal was awarded the honour.

With this result, Omonia Youth FC are looking forward to six end-of-season cup finals: Under 13 Green (Spring Trophy Final), Under 15 White (Spring Plate Final), Under 16 Silver (Spring Cup and League Cup Final), Under 18 Gold (Challenge Cup Final) and now Under 18 White (League Cup Final). With another two semi-finals to be played, the six could become eight. However, while on-pitch success in the competitive age-groups is always welcome, the club maintains that getting to cup finals, winning promotion and division titles are just one of many metrics to use to determine success at grassroots level. If along the way the children who adorn the club’s green shirt have been coached right, have enjoyed their football journey and they make friends for life that, for many, supersedes league tables and cup finals. Doing it together can, though, be special.