Under 14 Green win the Europa Cup 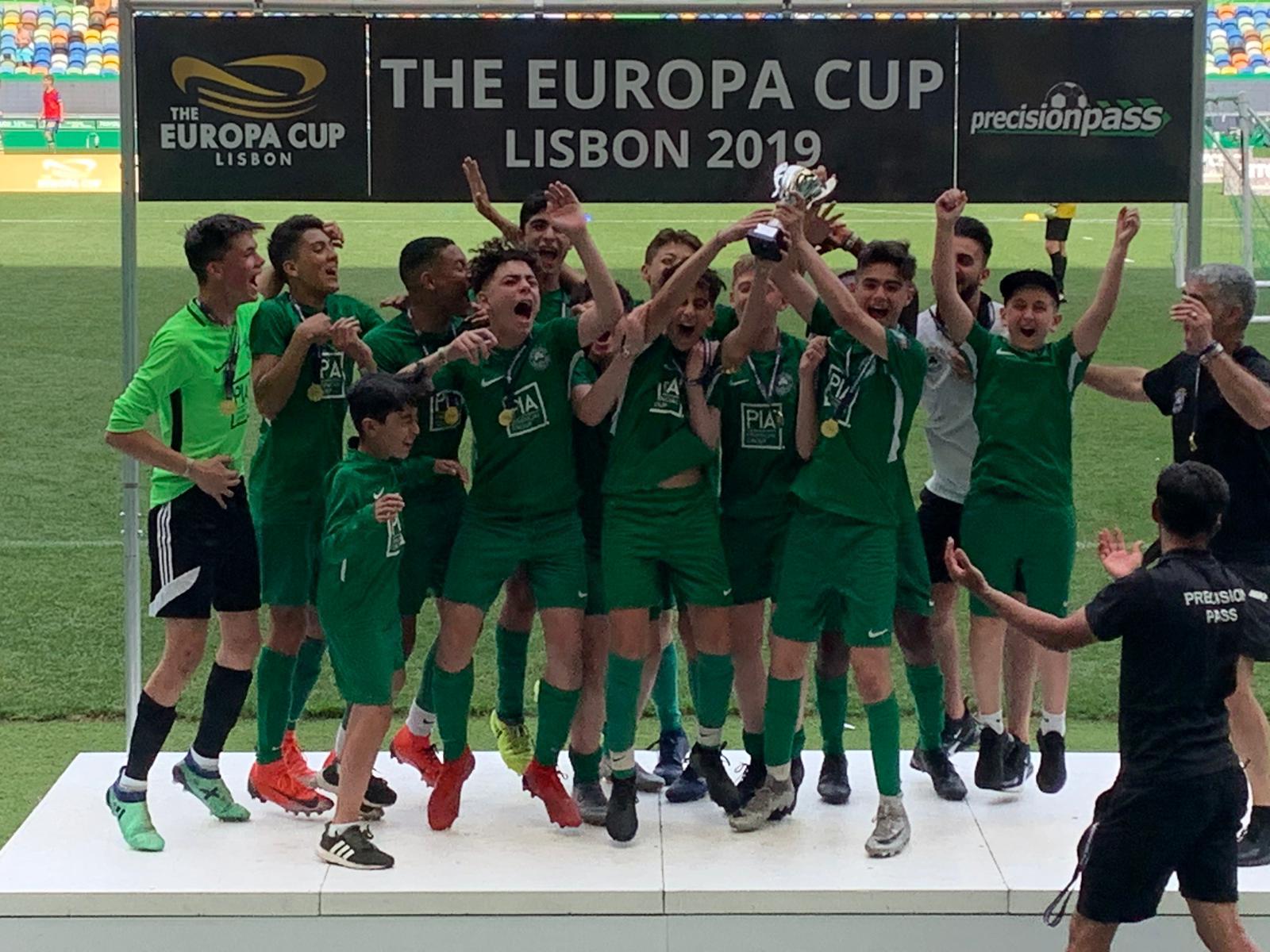 First it was Chelsea. Then it was Liverpool. Now community football club Omonia Youth FC can add their name to teams who have brought back silverware from the continent to these shores!

Sponsored by PIA Financial Group and Philip Ross Solicitors, the club’s Under 14 Green ended a fabulous season by participating in the Europa Cup tournament which was held at Sporting Lisbon’s magnificent José Alvalade Stadium.

The boys played five qualifying games in 33 degrees heat winning four and drawing one. Conceding only one1 goal. This qualified them for the final and after going 1-0 down they showed great determination to get back in the game and then scored the winning goal in the last minute to win the Europa Cup.

Manager Nick Lingis and Coach Mario Christoforou were rightly proud of their team with Nick saying: “Throughout the trip the boys were a credit to themselves and their club. It was a fantastic experience and one the boys will never forget!

The club will be hosting their annual summer 6-a-side tournament on the weekend of 29-30 June and will have their Presentation Day on Sunday 7 July.