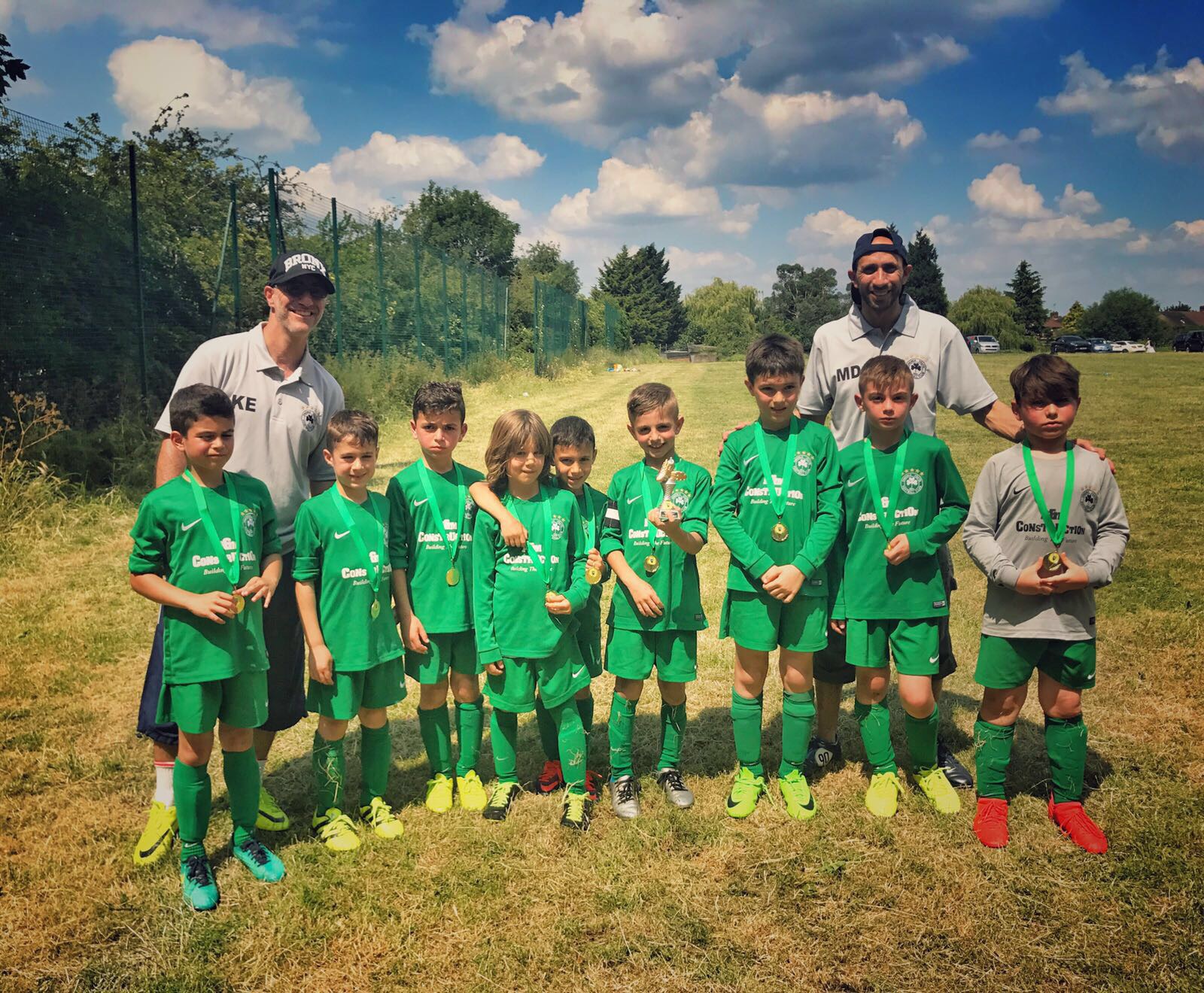 Community football club Omonia Youth FC, sponsored by P&M Construction Ltd, had plenty of reasons to cheer last weekend as many of their teams participating in post-season youth tournaments had successful experiences.

Kyri Eleftheriou and Myri Demetriou were proud of their Under 8 Whites as the team performed superbly in their first tournament as a team at the Enfield Rangers tournament.

In the Under 12 age group, Mario Christoforou and Nick Lingis enjoyed more success with their team, entering two teams into the 7-a-side tournament. After some brilliant football, the final was contested by both U12 Green teams – a fabulous achievement.

This weekend sees Omonia Youth FC host their own Summer Tournament. Run over two days, there will be over 130 teams taking part from Under 7 to Under 15 as well as a Girls only tournament. There will also be a charity match between the Omonia Youth FC Galacticos and Santander Bank! Souvlakia and other refreshment will also be available on both days.