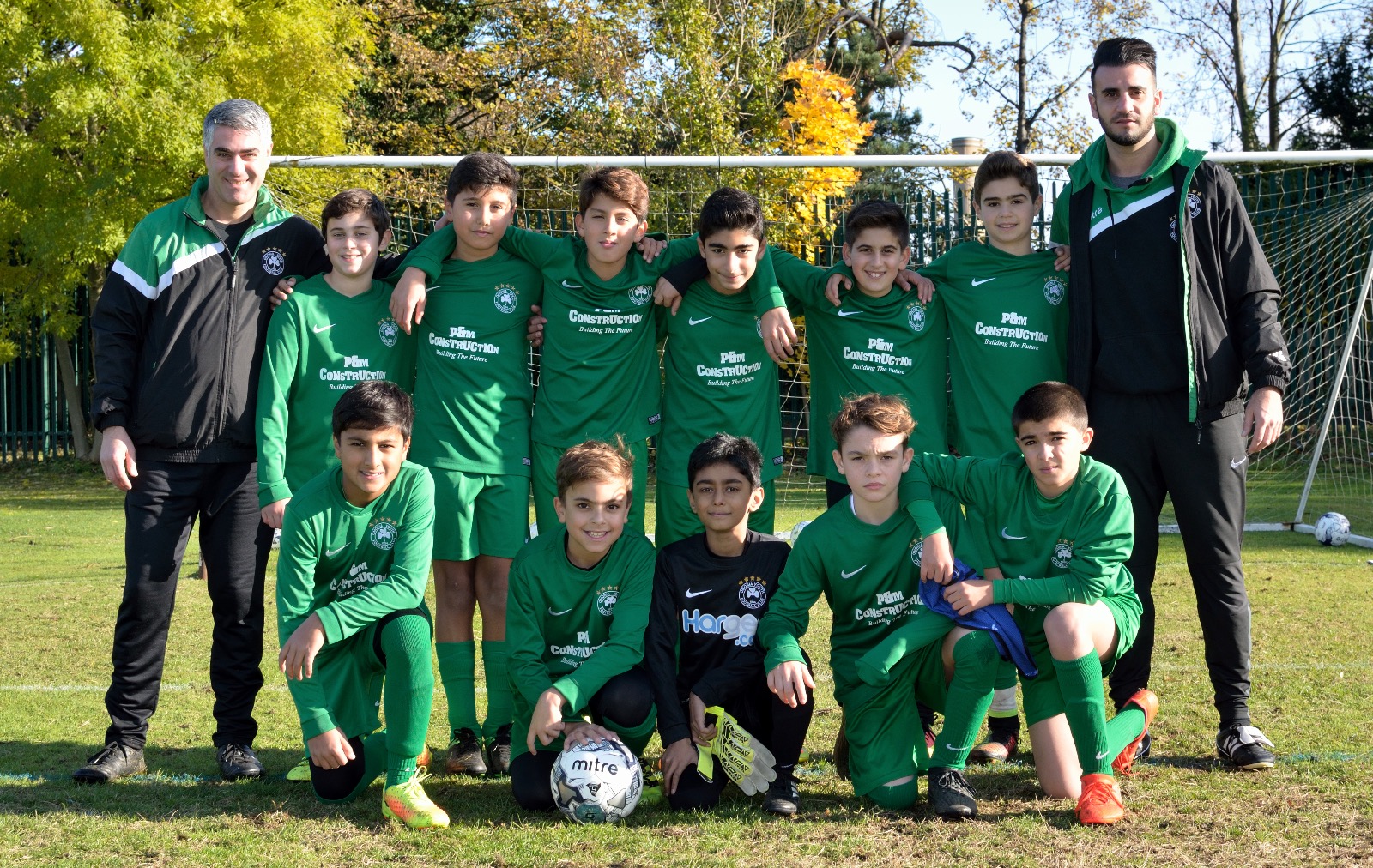 Demi Shiamishi’s Under 13 Green scored seven as they won 7-2. Goal scorers were Julian Zelli (3), Koby Dutton (2), Louis O’Sullivan and Louis Holloway. Koby Dutton was named Man of the Match.
Nick Zimaras’ Under 16 White kept their promotion hopes alive with 2-1 win. In a tight game two quality finishes by Rosley was the difference. Rosley was also named Man of the Match. With just three games to, promotion is still a possibility.

By contrast, Elia Constanti’s Under 16 Green only had themselves to blame as they lost 3-1 to their second placed opponents. In a tight game a lack of concertation was punished by their opponents as they scored two late goals. The Under 16 Green had their chances but it was not their day. Goal scorer Christian Medina. Man of the Match was Hamza Salim & Luke Hadjithemistou
Andy Charalambous’ Under 14 White could get past their opponents in the Spring Cup semi-final and went out losing 3-0.
Chris Gregoriou’s Under 15 White lined up for their Challenge Cup quarter-final with a depleted side and only 11 players. With their goalkeeper on a school skiing trip, the odds were against them progressing to the last four. However in a game that had everything including red cards and extra time the Under 15 White prevailed and won 2-1. It was a stunning performance given the circumstances and proud manager Chris was beaming after the match: “What a game! The passion and commitment of my team made sure we got through this match. Now on to the semi-final.”

Gregory Georgiou got both goals with Max Alan being named Man of the Match having had to play in an unfamiliar position in goal.
Chris wanted to thank Under 16 White manager Nick Zimaras and Under 14 Green manager Dean Dionysiou for staying behind after their respective matches to support his team.

In the Mid Herts Premier League, the Under 14 Greens put on a brilliant performance as they thrashed their third place opponents 8-1. Described by manager Dean Dionysiou as “…the team’s best performance of the season,” he went to say that it was “…the truest masterclass performance the Greens have given this season following on from last week’s performance.” The U14 Green have now scored 100 league goals in 17 games, truly a stunning statistic. Goal scorers on Sunday were Mikey Dionisiou (3), George Stasi (3), Barsa Mirtahmasebi and Tobenna Abanna. Man of the Match was awarded to Mikey Dionisiou.

Only two of the four Under 12 teams played on Sunday and both won. Michael Pieri’s Under 12 White came off a rare defeat last week to win 7-2. It was a dominant performance with the team playing some lovely football. Many players played in different positions and they all thrived on being given new responsibilities. Goals were scored by Michael Nicola (3), Andreas Fereos (2), Alfonso Rosselli and Pano Chambi. Man of the Match was given jointly to Yianni Sophocleous and Nicholas Lecointe-Akore.
Nick Lingis’ Under 12 Green earned three valuable points in their race for the title and promotion thanks to a hard earned 1-0 win. Raul Amin scored the all-important goal and was also named Man of the Match.

Finally, Omonia Youth FC, in association with NL Sports, will again be putting on their popular football camp during the school Easter break. For more details please contact the club or NL Sports directly: NLSports@mail.com or 07515445435.
Should you feel enthused and want to know more about Omonia Youth FC, you can contact the club at omoniayouthfootballclub@hotmail.com, via the contact page on the club’s new website www.omoniayouthfc.com as well as following the club on twitter @OmoniaYouthFC and Instagram @omoniayouthfc1994.

A battling and resilient 2-1 win after extra-time sends the U15 White into the Challenge Cup semi-final. Well done!