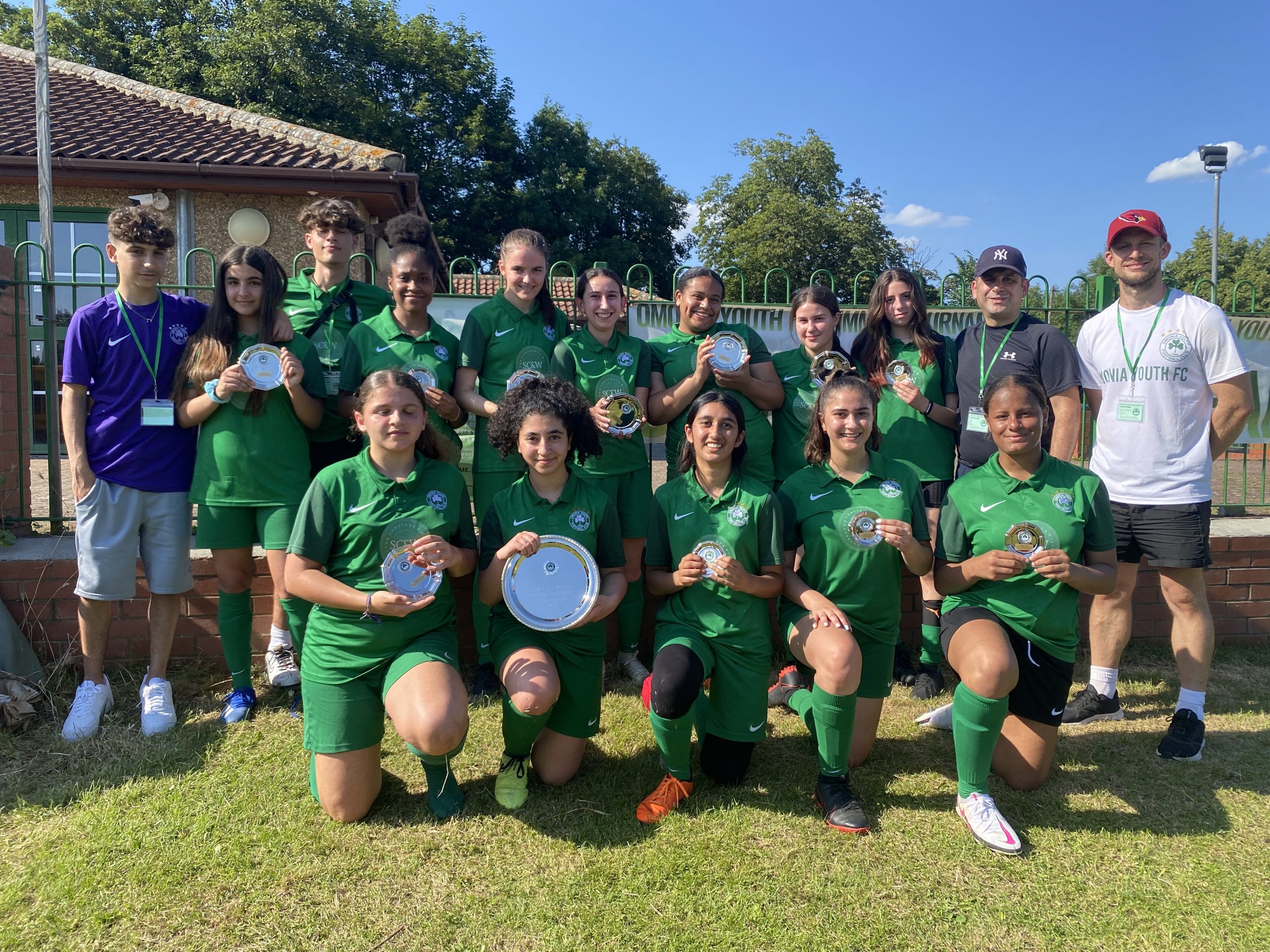 Over the weekend, the Radiomarathon Centre in Enfield was transformed into an arena where young footballers from near and far competed for Cup and Plate competitions in the club’s 6-a-side summer youth football tournament.

After the disrupted season all grassroots youth football clubs have had to endure, last Saturday and Sunday was truly a celebration of football. Coming off the back of the wonderful Euro 2020 championships, it was fantastic to see so many smiling and happy faces playing football in beautiful weather.

Even though there is the growing frustration of high ticket prices, ludicrous transfer fees and salaries in the professional game, at grassroots level at least, this little corner of the footballing world again showed what can be done with a few pitches, goals, footballs and volunteers to offer children the chance to play the game they love in a tournament setting. Indeed grassroots youth football is thriving and last weekend again proved that football can indeed, still be the beautiful game.

Split over two days to accommodate the popularity of the event, clubs from four counties arrived at the Radiomarathon Centre in Enfield, North London for what was unanimously described as a well-run, well-organised and fantastic tournament.

There were 11 categories in all from Under 7 all the way through to Under 14 including three all-girl categories to cater for the explosion in girls’ football over the last few years. In total over 115 teams took part encompassing over 1000 young footballers in what was a genuine festival of football.

The number of spectators over the two days exceeded 3000 people, which included scouts from professional clubs Tottenham Hotspur, Crystal Palace, Chelsea and Arsenal who were very complimentary of the whole set-up as well as the quality of the football they witnessed. What spectators, coaches, referees and players experienced over the two days was a tournament that was superbly organised and credit goes to the Omonia Youth FC Management Committee and the volunteer helpers who spent months ensuring that logistically the two days ran seamlessly.

The weather certainly helped as did the opportunity to savour the various food on offer as Omonia Youth FC managers, coaches, parents and friends made sure visitors were well fed with traditional Cyprus souvlakia as well as a variety of burgers all washed down with a wide range of drinks. Thanks to the tournament sponsors ‘Greek Deli 2 U’ for their donation and hard work over the weekend.

As an England Football Accredited Club, Omonia Youth FC takes pride in a status granted clubs who are rigorously judged to be well-run and sustainable, and who prioritise the wellbeing and safeguarding of their young patrons, quality coaching and the implementation of the FA’s ‘For All’ initiative. This was clearly in evidence during the tournament with the club organising the pitches to ensure that only coaches, managers and players could enter the ‘designated coaches zone’ with a cordoned off area behind a respect barrier on the outside for parents and spectators to enjoy the action. Every team was given a ‘Coaches ID Badge’ to identify the only adults permitted in the coaching area. This was appreciated by visiting coaches and was regularly commented on as an example of good practice that ensured the coaches were given the time and space to coach and be with their teams without the distraction of supporters. This provided the opportunity for players and teams to show their best and the 1000+ young footballers who descended on the Radiomarathon Centre certainly enjoyed the excellent playing surface and revelled in a positive, competitive atmosphere.

“After the year we have had, ending the season with a successful tournament like this makes all the hard work worth it. Very few know what it takes to put on a successful tournament; it takes months of planning, preparation and hard work. For all the apprehension in the lead up to the event, it is worth it when you see so many happy young footballers, happy coaches, parents, carers and supporters.

I am very proud of what the club have put on over the weekend, and it is always nice to hear positive things about the club and this year’s event was no exception as visitors praised the event – from an organisation point of view, from the delicious food that was available to the quality of the playing surface. The good weather helped, even if Sunday was probably too hot for some.

It is events like this that give our club the opportunity to display what we are about and celebrate our values and philosophy by serving not only the needs of our own young footballers but the young footballers and teams of our community and grassroots football too. A titanic effort is required to plan and execute the event and again I am proud to say that the club pulled together to ensure that the young footballers of our club and their parents / carers and supporters went home delighted that their club’s tournament was again a huge success. A few special mentions: thank you to the committee whose unstinting support made the event possible. Thank you to Club Treasurer Demi Shiamishis who along with Marina Shiamishis coordinated the catering team which included parents and supporters of the club too. Their operation was a model of efficiency. Thank you to Alex Christofi and Chris Koumourou from our event sponsor ‘Greek Deli 2 U’.

There are so many others to thank that I don’t want to risk forgetting anyone. They know who they are and it is their unselfishness in giving up their time that epitomises the strength of the club. There were those who set up on Friday evening, those who came in at 7am on Saturday and Sunday and didn’t leave until after 5pm. The most thankless task is the clean-up at the end of the day on Sunday and there were a few us still packing up and cleaning at 7pm!

A big thank you also to our referee team whose conduct was exemplary. They acquitted themselves magnificently over the two days; thank you Alex, Jaleel, Nicolas, Fintan, Girish and Harry. Very professional performances from all.

Finally a very heartfelt and special thank you to the mums, dads, current and former players and friends of the club who stepped up and helped over the two days without whom the food stall would not have been able to run! It is this collective effort as a club that when we pull together, everything and anything is possible. Community spirit is at the heart of the club’s ethos and philosophy and it is events like this which typify and represent what the club is about. Those of us in the current committee are very conscious of continuing and building on what has gone before by leaving a lasting and sustainable legacy. We should all be proud of what we are part of and the bigger picture is sometimes not easy for all to see but there are enough us who have that vision and when the baton of responsibility is handed over, the club is in a good place for a seamless transition.”

Omonia Youth FC was founded in 1994, and with 32 teams in all age groups set to compete next season, the club has never been in a stronger position. The heritage bestowed on the current committee is an important one, and last weekend showed again that Omonia Youth FC continues to flourish and lead the way as a community football club with a fine traditional for providing a positive environment for young footballers to develop their football education within a setting where they can also mature as individuals and as friendship groups. Last weekend was a football fiesta, which promoted community spirit and positive feelings. What a way to prepare for the summer and laying the foundations for another successful season next year. Well done all. Have a wonderful summer break! 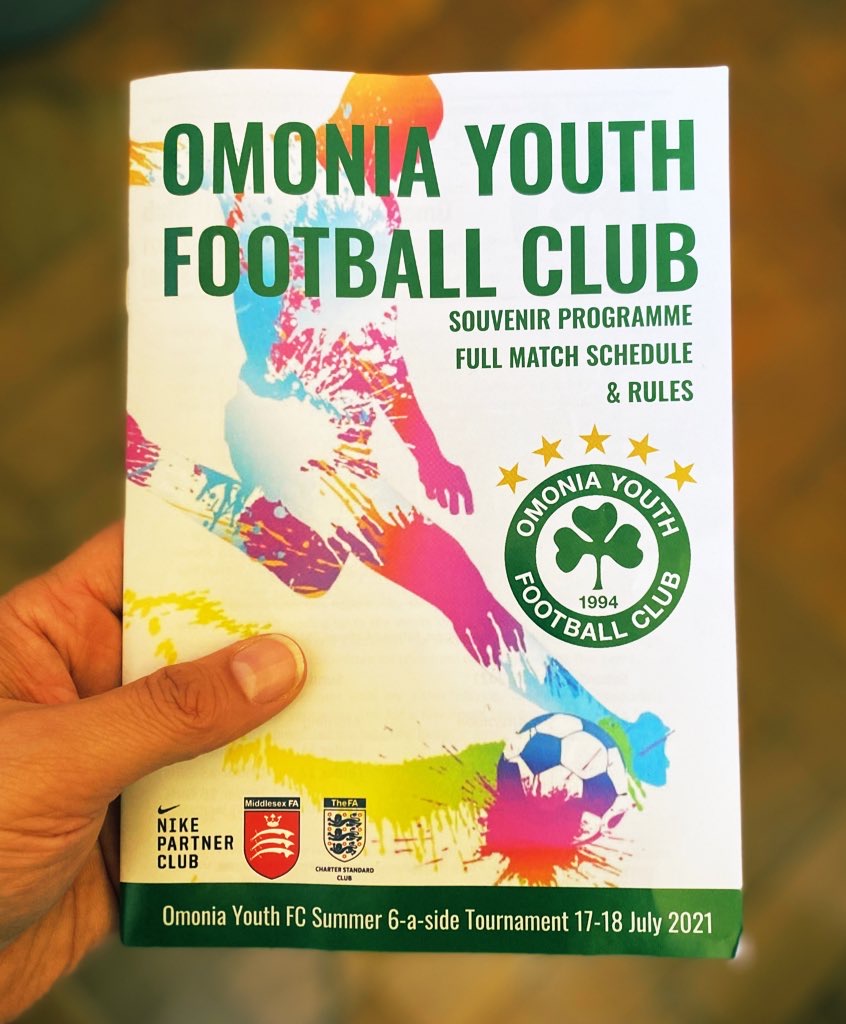 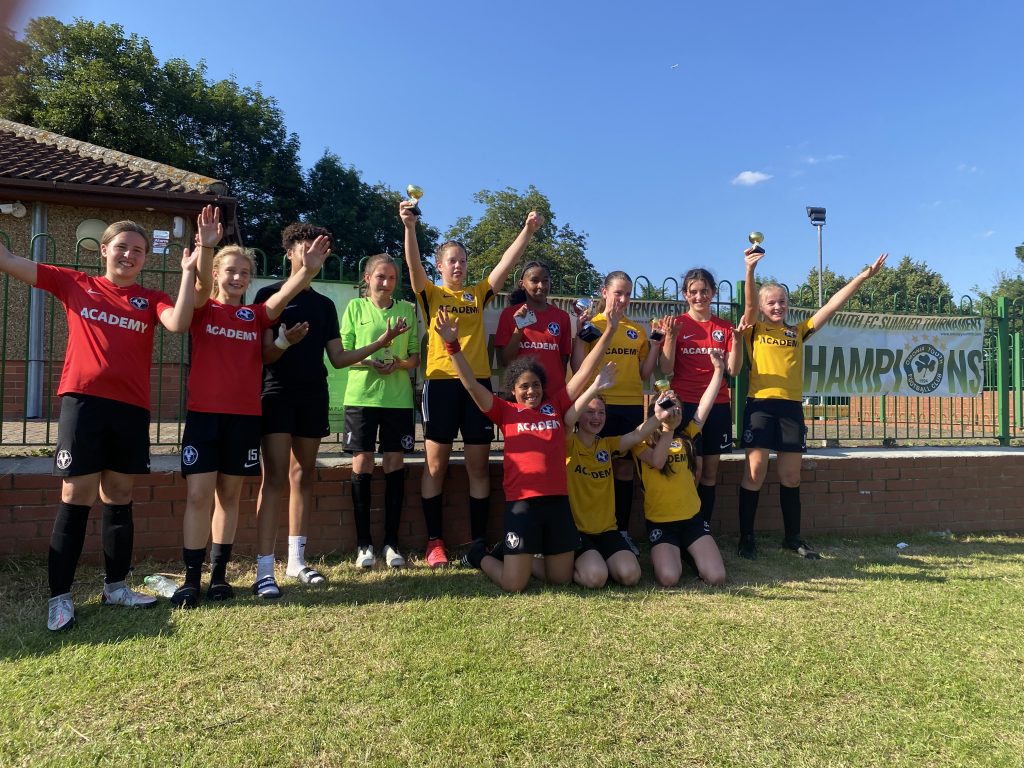 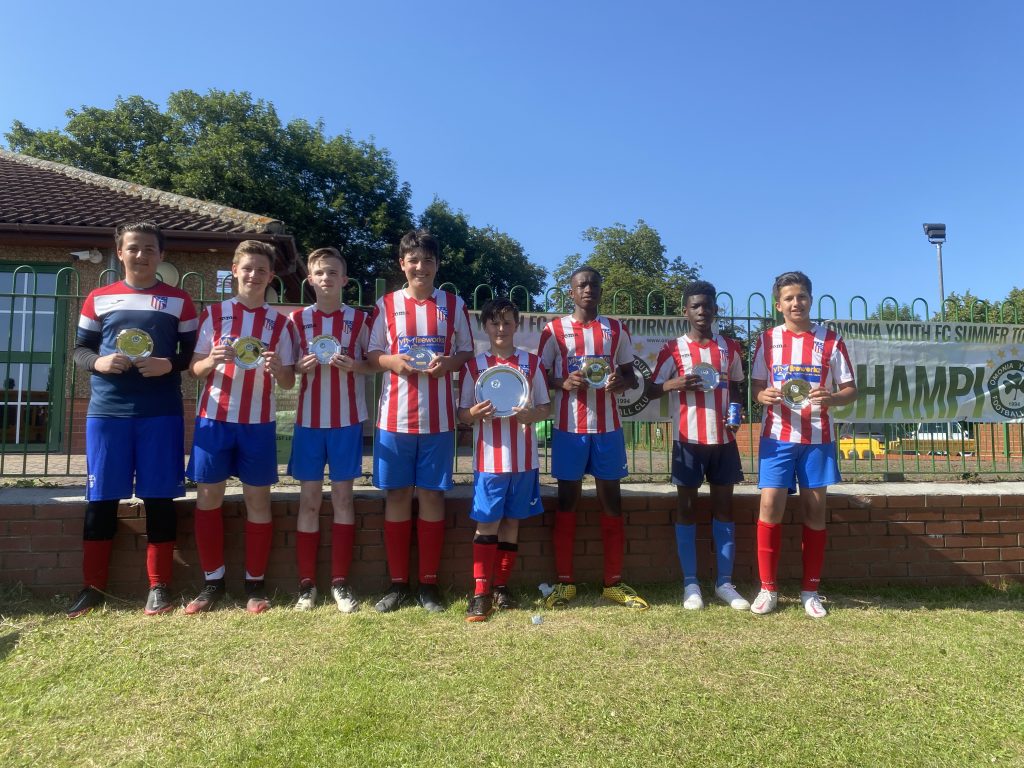 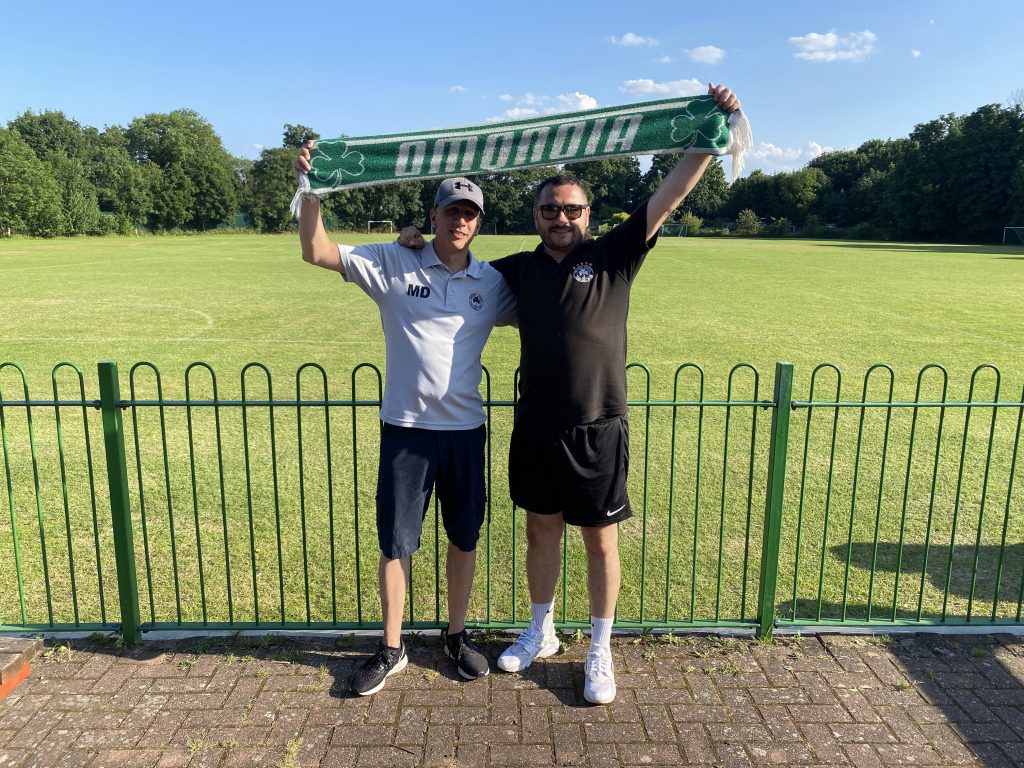 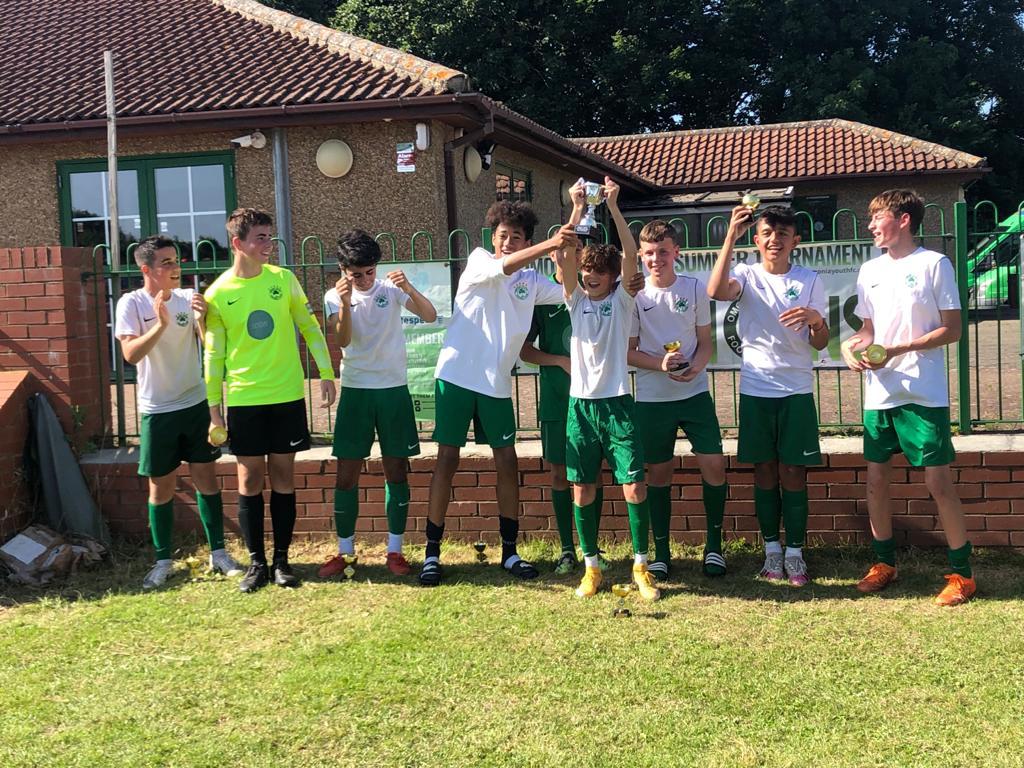 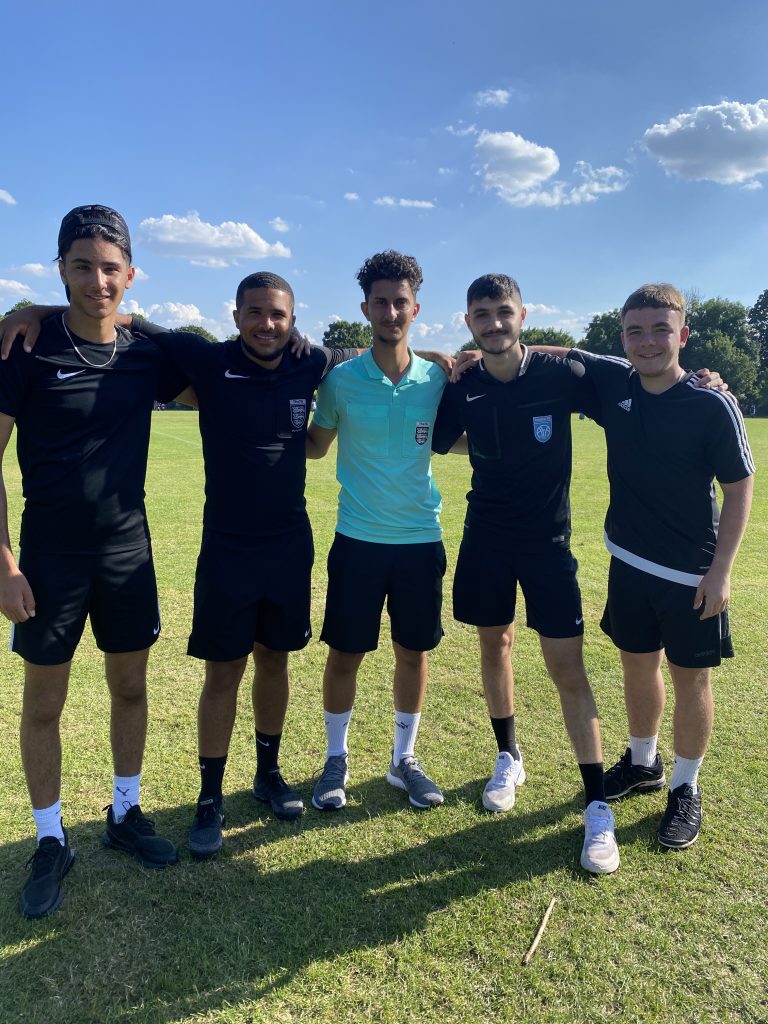 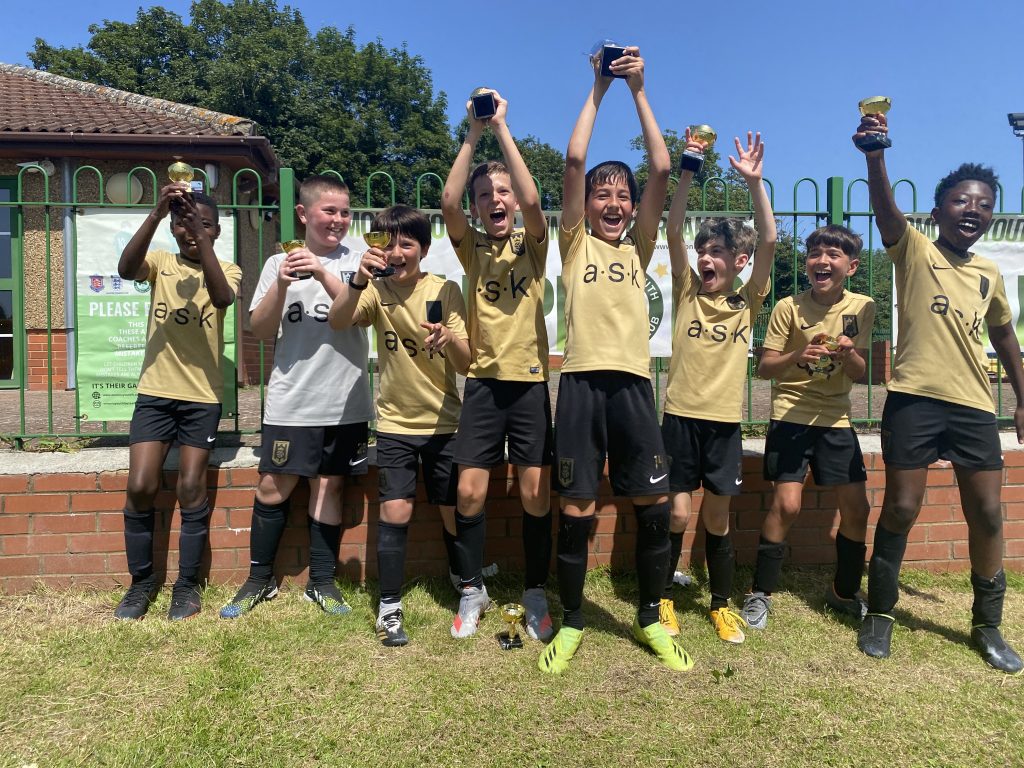 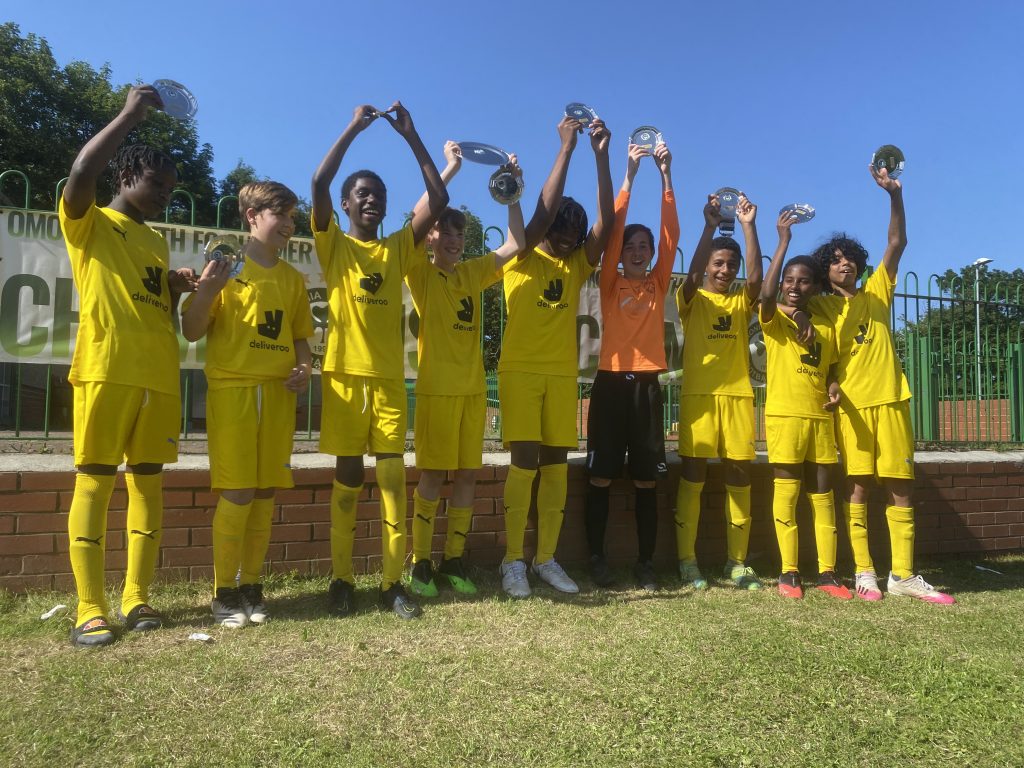