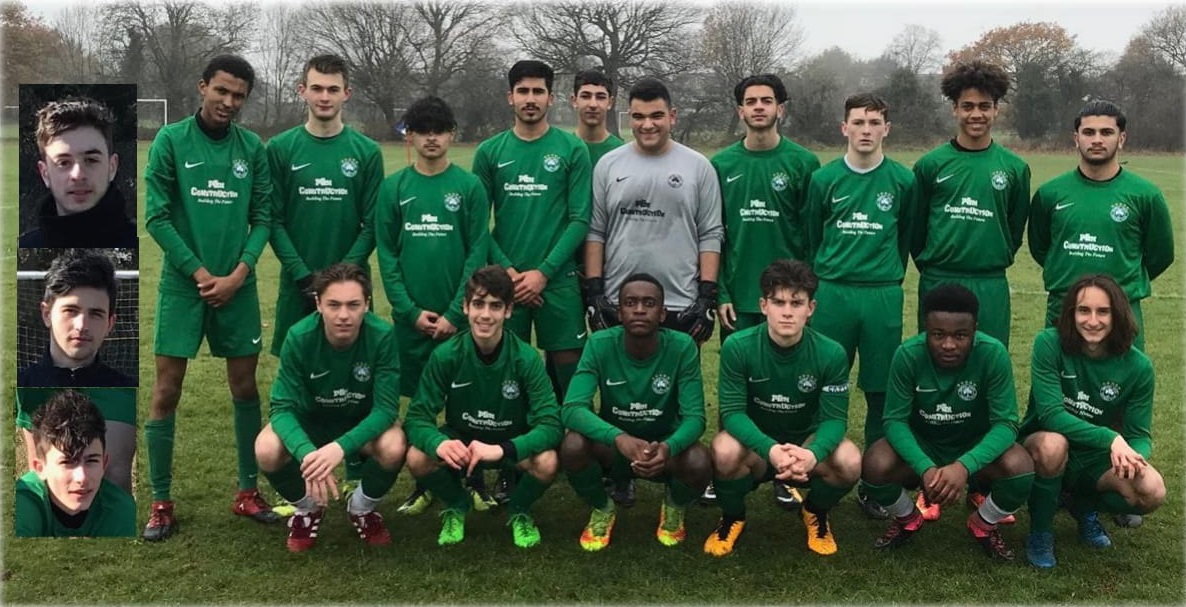 After the Easter break and with the season coming to an end, there were important wins for many of the teams from community football club Omonia Youth FC, sponsored by P&M Construction UK Ltd. Several teams are in with the chance of titles, cup success and promotion.

Chasing the title, promotion and an unbeaten league campaign Harry Theodorou and George Sammoutis’ Under 13 Silver produced a goal-laden performance as they completely overawed their opponents to win 7 – 1.

Goals came from 10 different players as the Under 13 Silver served notived as to their intentions. Goals were scored by

Michael Pieri’s Under 13 White produced the comeback of the weekend. Playing well and going in at half time on equal terms at 1-1, inexplicable errors in the first 15 minutes of the second half saw the Under 13 White trail 4-1. However, the team showed incredible resilience and determination as on a difficult surface continued to play their football and scored three superb goals in a 10 minute spell to level the scores at 4-4. With the last kick of the game they even had a chance to win but had a shot trickle just wide. It was a great game to watch, played in good spirits and was refereed well.

Goals were scored by Sami Hristov (2, )Godwin Obeng and Alfonso Roselli. Man of the Match was Michael Nicola.

Tony Kromides and Mario Stavrou’s Under 12 White narrowly lost 1-0 in their Spring Shield Semi-Final. It was a very tight but unfortunately the Under 12 White didn’t take their opportunities. Both Tony and Mario are proud of the team for getting this far. Man of the Match was Johnny.

Omi Omorou and Stel’s Under 12 Green are another team fighting for the league title and promotion and with a 3-0 on Sunday put themselves in a great position with a few weeks of the season remaining. Goals were scored by Jamal M (2) and Alex K. Demi F was named Man of the Match.

Demi Shiamishi’s Under 14 Green drew their league match 1-1. In a hard fought match the boys went ahead early on before their opponents scored with just a few minutes remaining. Julian Zelli scored the goal with Koby Dutton named Man of the Match.

Chris Gregoriou and Andy Michael’s Under 16 White lost 4-2 at home after going 1-0 up and seemingly in total control only to then present the opposition with opportunities due to too many mistakes. Goalscorers Alex Androutsos and Antonio Gelagotellis with Chris Yiannitsarou named Man of the Match.

In the Mid Herts Premier League, the Under 15 Green are in with a chance of the league title and with two cup finals appearance to come, they are having a fantastic season. In one of the best performances of the season by the Under 15 Green they won 5-2 away leaving them four points off top spot but with two games in hand.

Omonia controlled the game from start to finish playing some great football on a very difficult surface They took the lead in the 20th minute, with a superb finish from Tobenna Abana. Despite controlling the game the Under Green saw their lead wiped out as the opposition equalised against the run of play. However Omonia struck back immediately through Nezehna Erhabor converting from 12 yards out giving them a 2-1 half time lead. The Under 15 Green controlled the second half and went 3-1 up with a great goal from man of the match Angelo Michael. Further goals from Tobenna Abana from the penalty spot and Nezehna Erhabor made the game comfortable with the opposition scoring a consolation goal with minutes remaining.

Nick Georgiou and Kenny Gregori’s Under 15 White lost their away league match 4-1. The team had numerous opportunities to score in the first half where they played well but they were just not able to convert these chances into goals. They did go into half time 1-0 up thanks to an own goal but a disappointing performance in the second half allowed the opposition into the game and they ended up scoring four goals. Man of the Match was Antony Gregori.

Mike Petrou and Kyri Haili’s Under 14 White came away with a 2-0 win thanks to a good all-round performance. Goals were scored by Adam Curran and Valentino. Man of the Match was Louis Petrou.

George Pantelides Under 13 Girls played against the best team in the top division and acquitted themselves well. Their centre back Dina Michael performed heroics as a stand in goalkeeper and deserved her ‘player of the match’ trophy. George praised his team by stating: “Well done to all the girls who kept going against a very tough, and skilful, opponent.”

Kyri Georgiou’s Under 16 Green came up against an excellent opponent and lost 8-2. Goal scorers were Stelios and Solos with Michael named Man of the Match.

Finally a fantastic performance and result for Nick Zimaras’ Under 18 White whose 6-1 win earned them their fifth Spring Cup Final in six seasons. In a dominant performance from start to finish goals from hat trick from Man of the Match Rosley as well as goals Toye, Charlie and Jacob will see the team play for a trophy at the end of the season. Well done to all involved!

The three Omonia Youth Under 9 teams organised a mini-tournament which involved Hinton and Finchely and Bushey Rangers. The event showcased all that is positive about grassroots youth football as the teams played friendly matches in good spirit. A great effort by all as fun was had by all the coaches and parents but most importantly the young footballers.