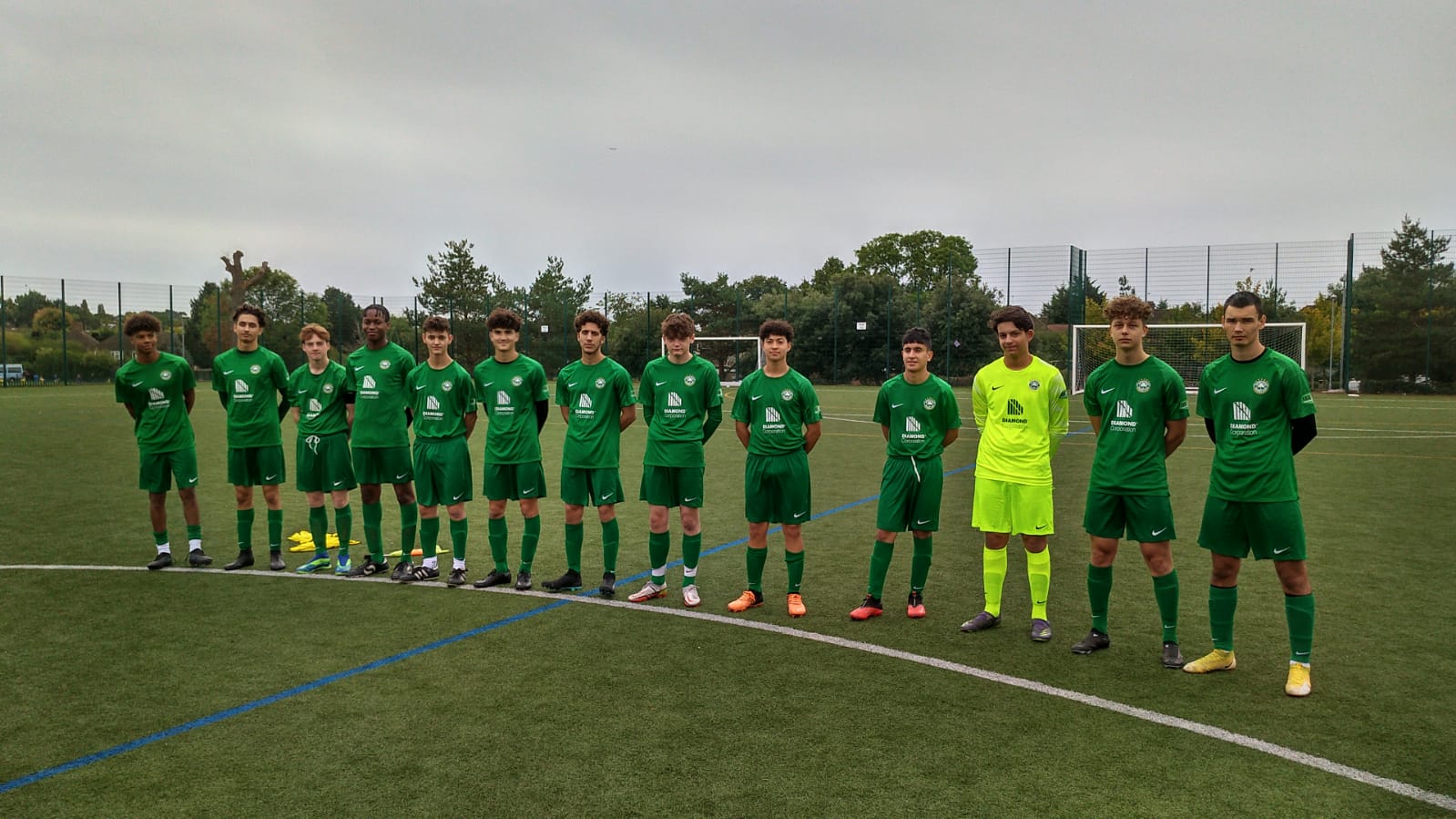 There were plenty of excellent performances and results for the many teams of community grassroots club Omonia Youth FC, sponsored by Diamond Corp. Ltd

Sophia Karanicholas and Samuel Arthur’s Under 15 Girls were very dominant in their match last Saturday. Plenty of goals were scored which is always pleasing but it is the manner of the victory which was far more important – there was a togetherness and a real sense of teamwork which culminated in lots of aesthetically pleasing passages of play and great goals. Player of the Match was awarded to Shekhinah

Savva Zavros and David Poncia’s Under 18 Gold suffered defeat in what was described as the archetypal game of two halves. The boys found themselves 3-0 down at the half time, largely due to being miles off the pace from the first whistle. However, self-reflection at the interval saw an altogether different display in the second half and won the second 2-1 to eve3ntually lose out 4-2. There was a moment when they should’ve equalised and made it 3-3 but suffered a breakaway goal which took the game beyond them. That said, this was a good showing against a team a year older and had the Under 18 Gold played the whole 90 minutes like they played the second 45, the result could well have been different.

Mike Koumi, Panny Panayiotou and Adam Broomfield’s Under 15 White got back to winning ways with a much improved performance. The boys started quickly, moving the ball from back to front and they were rewarded with two quick goals including one a stunning overhead kick by Nick. From then on the boys controlled midfield and dominated possession which gave the opposition very few chances. Two further goals before half time gave the Under 15 White a comfortable 4-0 half time lead. The boys did well to see out most of the second half until about n10 minutes from end when tiredness had an impact and they conceded two goals. Nerves seemed to set in before a fifth goal confirmed the win before the opposition scored a late penalty for a final score of 5-3.

In the Middlesex County Cup first round Myri Demetriou and Kyri Eleftheriou’s Under 14 White were supremenly dominant as a one-sided game finished 15-0 in their favour. It was 8-0 at half time, with the second half played in much the same vein as clinical finishing saw the boys score seven more times. All the boys played superbly well, with all of them contributing to the creation of the goals scored and all players adapting to new positions really well. Player of the Match was awarded to Harley but it really coud’ve been any of them.  Goals were scored by Andre (4), Harley (3), Nicholas (3), Charlie (2), Andrew (2) and Tom.

Robert Protei and George Constantinou’s Under 15 Gold came away beating last season’s league runners-up by an emphatic 9-0. By changing a few things to counter their opposition’s strengths, the plan worked to perfection. The boys won the battle in midfield today, were aggressive and doubled up every time. With this foundation it allowed the Under 15 Gold to burst forward and score plenty. That was our building block and then it allowed us to burst forward. Goals were scored by the Joe (4), Oscar (2), Ale (2) an Antony. Man of the Match was awarded to George Smith

Chris Gregoriou’s Men’s Team, who are sponsored by Crown Mobile Tyres and CMB Partners got back to winning ways after the previous week’s disappointment. A really good start to the game saw them playing some fast flowing football with lots of possession. Much of the first half was played in their opposition’s half of the pitch and it was only a matter until they broke the deadlock which soon came thanks to a really good goal scored by captain Marco Geremia who expertly got onto the end of a cross to take them into the half time break 1-0 up. The second half developed differently and the Men’s Team had to grow into the game and finally asserting their dominance in midfield. The second goal came from Armen Gashi with a half volley scissor kick from outside the box into the top corner. It really was a wonderful finish. Special mention to Kyri Tiritanou making his long awaited debut in goal who kept a clean sheet and was awarded Man of the Match.

Michael Pieri and Harry Thedorou’s Under 18 White were playing opposition who are playing three divisions higher in the Challenge Cup. On paper there was a gulf but on the pitch there was little to choose between the teams. The Under 18 White were pretty dominant in the opening exchanges but conceded a sloppy goal against the run of play after carelessly losing possession, leaving them vulnerable to an effective counterattack by the opposition. The boys quickly found ourselves back in the game with a quality top corner finish from Godwin Obeng.

The opposition took the lead at the start of the second half, due again to another needless mistake, conceding a free kick which was expertly dispatched into the top corner. The Under 18 White picked themselves up, continued to play hard and create chances. A majestic solo run by Godwin into the opposition box resulted in a foul and a penalty which Noel Allen calmly and sweetly put away to take the match into extra-time. Repeating mistakes which led to goals being conceded in normal struck again and the opposition went 4-2. However, credit to the Under 18 White, with the clock ticking away  they kept on battling to the very end with Viktor scrambling in a third goal and then team coming close to a fourth. It wasn’t meant to be but in defeat there were positives to take and the team will reflect, learn and grow stronger. Man of the Match was voted on by the team and they gave it to Godwin and Igor.

Zeno Vryonides Under 15 Green suffered a heart-breaking away defeat. Many boys were not feeling 100% and missing their goalkeeper meant that it always going to be a difficult day and so it proved as they conceded seven goals before the team woke up, fought back and grabbed two goals. The second half saw the Under 15 Green show more resilience and passion with the score line not reflective the overall performance.