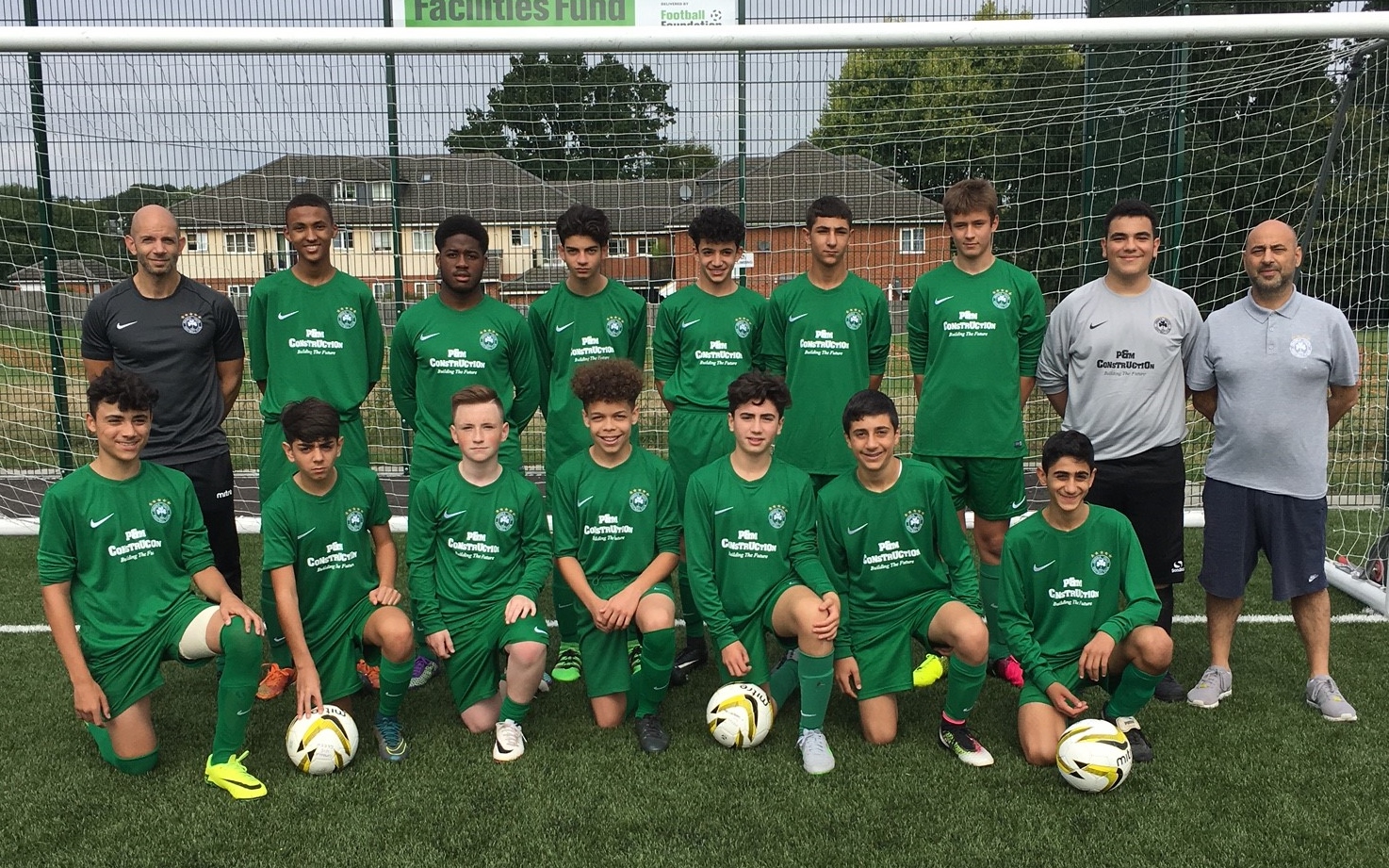 Community football club Omonia Youth FC, sponsored by P&M Construction Ltd, had to endure semi-final defeats by two of their teams on a difficult Sunday with only one team registering a win.

Getting to a semi-final was a positive achievement for both the Under 16 Green and Under 12 Gold but on Sunday neither team could progress to the final.

Elia Constanti’s Under 16 Green lost 3-1 in their semi-final. In a relatively close game, individual errors cost the U16 Green at crucial times. The boys tried throughout, hitting the bar and having another shot cleared off the line, but ultimately came up short when it mattered most! Goal scorer was Charlie Constanti from the penalty spot and Man of the Match was awarded to Matthew Farrelly.

Chris and Jimmy Mousicos’ Under 12 Gold lost 5-0 in their semi-final to a team in a higher division. It was a spirited performance by the boys against a very good side. Jawden was named Man of the Match and Chris wanted to thank all the supporters who came to watch the team.

Demi Shiamishi’s Under 13 Green lost 3-1. It was a tight game but ultimately they conceded a goal at the end when pressing for an equaliser. Julian Zelli got the only goal with Sami Assim named Man of the Match.

In the Mid-Herts Premier League, the Under 14 Green succumbed to the team likely to end up as champions and were beaten 5-3. The boys fought until the last minute but came up short against a strong side. With two games to go the team can finish a very respectable second so there is still all to play for.

Goals were scored by George Stasi, Lois Cooper and Tobenna Abanna. Man of the Match was Andrew Stavrinou.

While away in sunny Cyprus, Under 14 White manager Andy Charalambous passed on match day duties on Sunday to and he oversaw a convincing 4-0. Louis Qamite scored a hat trick with Erik getting the other goal. It was Omonia Youth FC’s only win of the weekend. In addition, the Under 14 White also played a midweek game, this time under the supervision of Panos Papa-Michael as the team won 1-0. Stylianou Chrysostomou.

Manager Andy Charalambous wanted to publicly thank both Panos and Kyri for stepping in and looking after his team.

Nick Lingis and Mario Christoforou’s Under 12 Green saw their title hopes damaged as they lost 3-1. Man of the Match was Denis. Finally Michael Pieri’s Under 12 White drew their last game of a successful season. In a thrilling match the Under 12 White went into a 2-0 half time lead thanks to two goals from top goal scorer Pano Chambi but were pegged back to 2-2. The U12 Whites regained the lead thanks to a stunning effort from Alfonso Rosselli, whose performance also earned him the Man of the Match award and that goal should have been enough for victory but with a minute of the match left they conceded to draw 3-3. It was unfortunate but the U12 White had already won their division and will be promoted as champions.