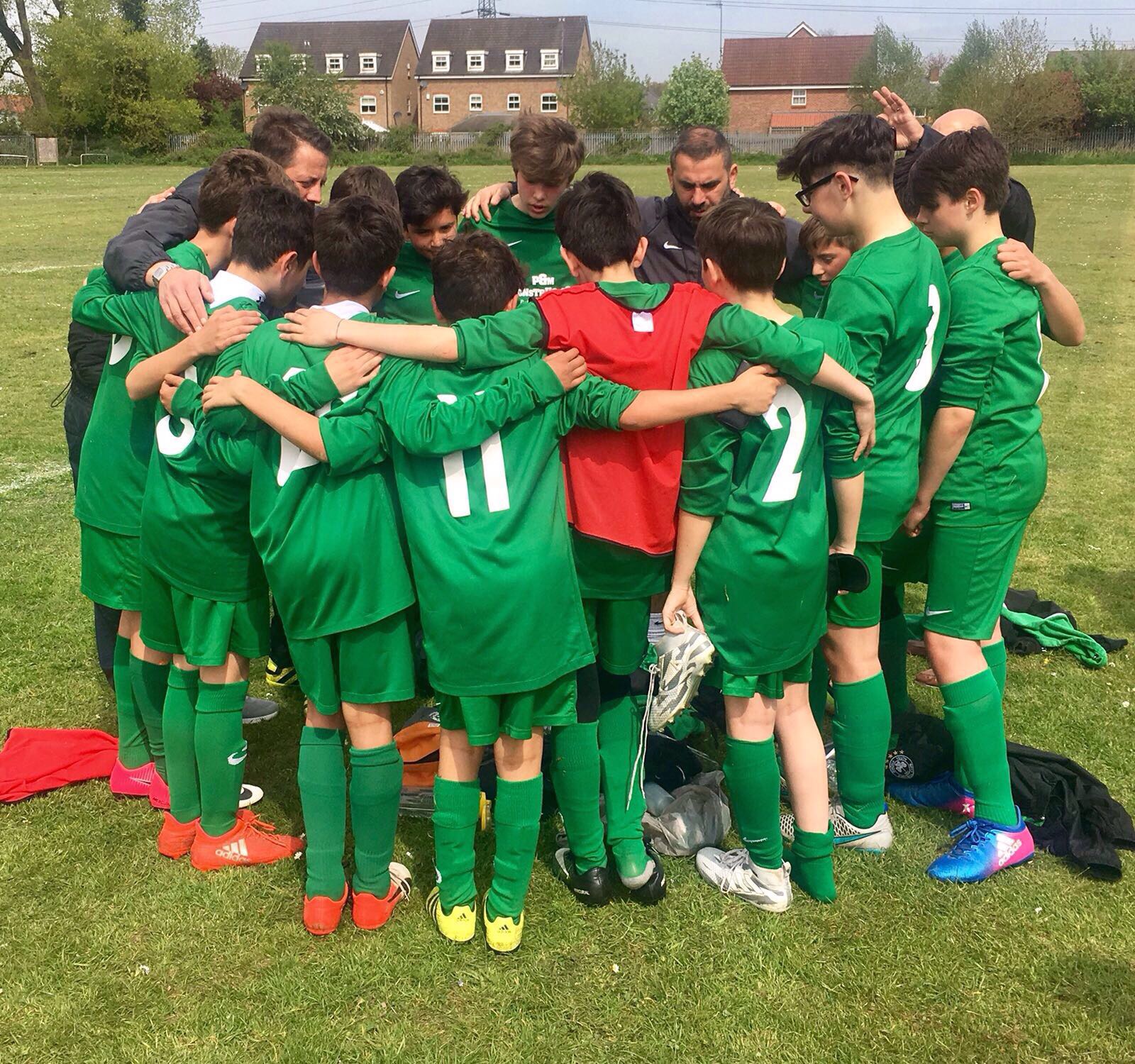 Community football club Omonia Youth FC, sponsored by P&M Construction Ltd, will be hoping to celebrate promotion for many of their teams as the youth season draws to a close.

Mike Petrou and Kyri Haili’s Under 13 White ended their season with a resounding 10-1 win. Both managers are extremely proud of their team. Goal scorers were Loui Petrou (5), David Precce (2), Adam Curran (2) and Pier Giacomma. Man of the Match was Matthew Coldren

In the Mid Herts Premier League, the Under 14 Green also score double figures but went one better than the U13 White by scoring eleven goals in an 11-1 victory.

It was a great way to end their final home game of the season, a result that that guarantees runners up spot with one game to go. In all the team have scored 114 league goals. After the match the team posed for a photo with parents and coaches.

A mention also to Zachary who made a great penalty save when the score was at 3-0. Man of the match George Stasi.

Andy Charalambous and Nick Georgiou’s Under 14 White are battling for promotion and stay in contention for the runners-up spot after a double header on Sunday. They drew the first game 2-2 but lost the second 1-0 Man of the Match was Matheo. With two games to go the U14 White are two points clear of the team in third.

After two disappointing results Chris Gregoriou’s Under 15 White secured their second consecutive promotion thanks to an emphatic 8-2 win. Goals were scored by Max Alan (3), George Kyriacou (3), Chris Yiannitsarou and Stavros Konstandinitis. Joint Man of the Match was awarded to Max Alan and George Kyriacou. Well done to all for a successful season.

With Chris and Jimmy Mousicos’ team not playing until; Wednesday, Nick Lingis’ Under 14 Green kept the pressure on at the top of the table with an important 3-0 win.

George Androutsos, Georgios Christoforou and Louis Evgeniou were the scorers. Man of the Match was Leon Thompson.