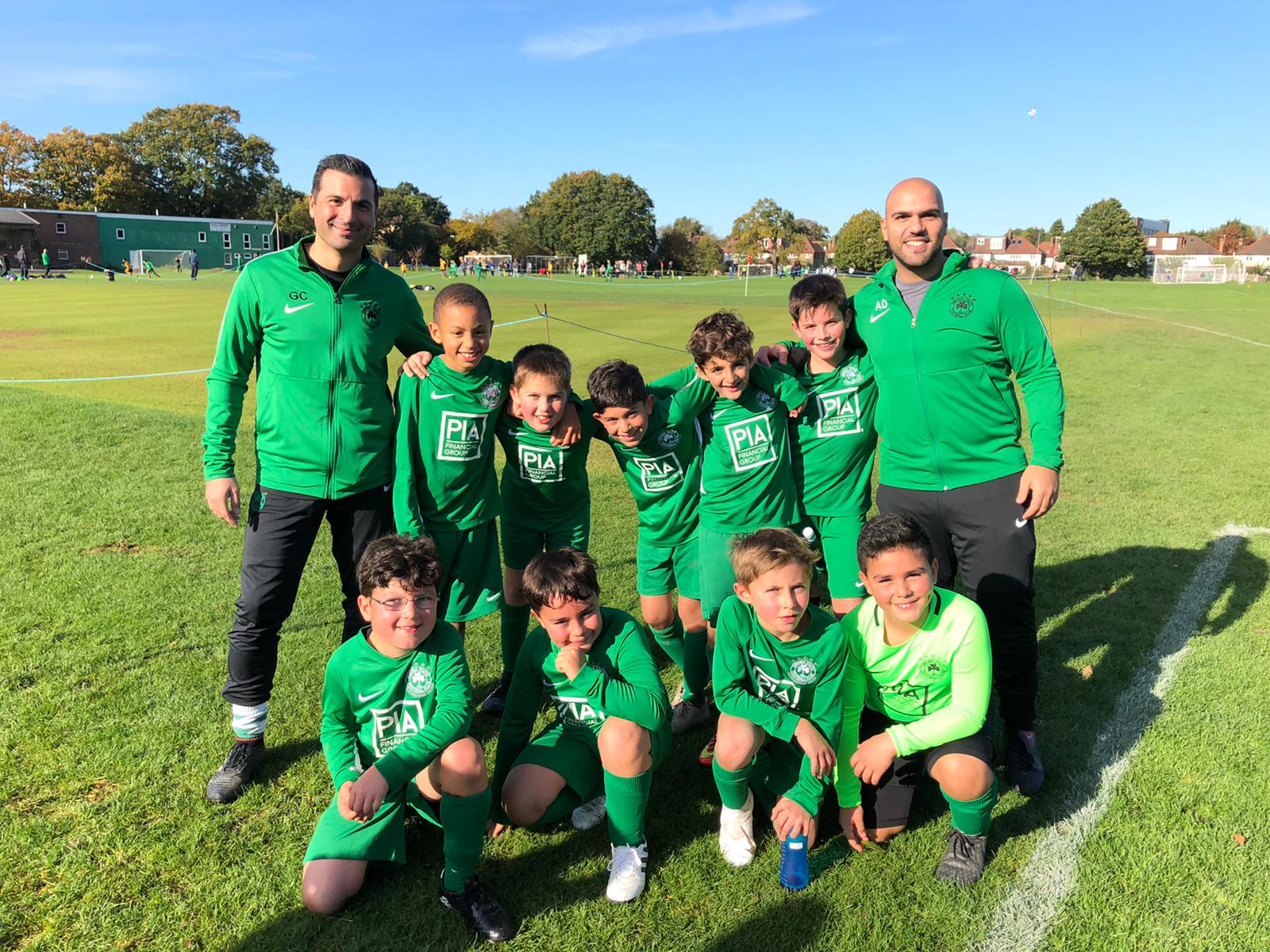 There were plenty of positive performances and results for the many teams of community grassroots club Omonia Youth FC, who are sponsored by PIA Financial Group and Philip Ross Solicitors.

Leading the way were the Under 12 age group this group. Robert Protei and George Constantinou’s Under 12 Gold won 2-1 although the margin of victory could’ve been greater. The boys played some amazing football and they had the other team pinned back for most of the game. In addition, the team played very well defensively too; they closed players down and were very quick to recover the ball. However, this dominance didn’t only translate into goals in the second half went the Under 12 Gold went 2-0 up. A consolation goal was conceded in the last minute from the penalty spot. Goals were scored by Giggis Evangelou and Man of the Match Anzelos Tore.

Mike Koumi and Adam Broomfeld’s Under 12 White aso came away with a victory and maintained their their unbeaten start to the league season with a 4-2 win. The boys weren’t at their best but ground out a victory thanks to some clinical finishing including a cracking 20 yarder from Chris who scored twice. Davide and Harry got the other goals with Alexie named Man of the Match.

Chris Gregoriou’s Under 18 White played in a really competitive match. They went 1-0 down to a deflection against the run of play, then went went 2-1 with goals in either half. Had the Under 18 White taken their opportunities they could have made this an easy win, but instead they conceded a second to make the final score 2-2. Goals were scored by Gabby Alan and Andre Grant. Man of the Match was Luke Stelios, making a return in goal after a two-year absence and showing why he should never have taken that break with 3 outstanding saves!

Unfortunately, Kyri Georgiou’s Under 18 Green saw their long winning run end with a 4-1 defeat against good opposition. Yianni Polycarpou got his team’s only goals with Michael Speers named Man of the Match.

Nick Georgiou and Dino Savva’s Under 18 Gold breezed to a straightforward 4-0 win. It was an all-round good performance from the boys and the score could have been bigger with more composure shown in front of goal. Man of the Match was Rivaldo Dju who scored all 4 goals.

Mario Yiasemi’s Under 13 Gold won 9-2 after going 1-0 down with the oppositions first attack. The team fought back to go ahead after an unconvincing first half performance. The boys were much better in second half with better closing down and passing. Goals were scored by Arda (5), Muzzammil (3) and Ibrahim’s first for the team. Jackson was named Man of the Match.

Savva Zavros and David Poncia’s Under 14 Gold played a progressive game of football in their Junior League Cup fixture and are through to the next round thanks to an 8-0 win. The boys were in total control from the start with good possession throughout. Goals were scored by Mustafa (3), Nico, Noa, Zach, Max and Anthony.

Mike Petrou and Kyri Haili’s Under 16 White put on a good performance and won their league match 2-0. Ahmed Kamara scored his first goal for the team along with PG Beer. Luca Coles was named Man of the Match.