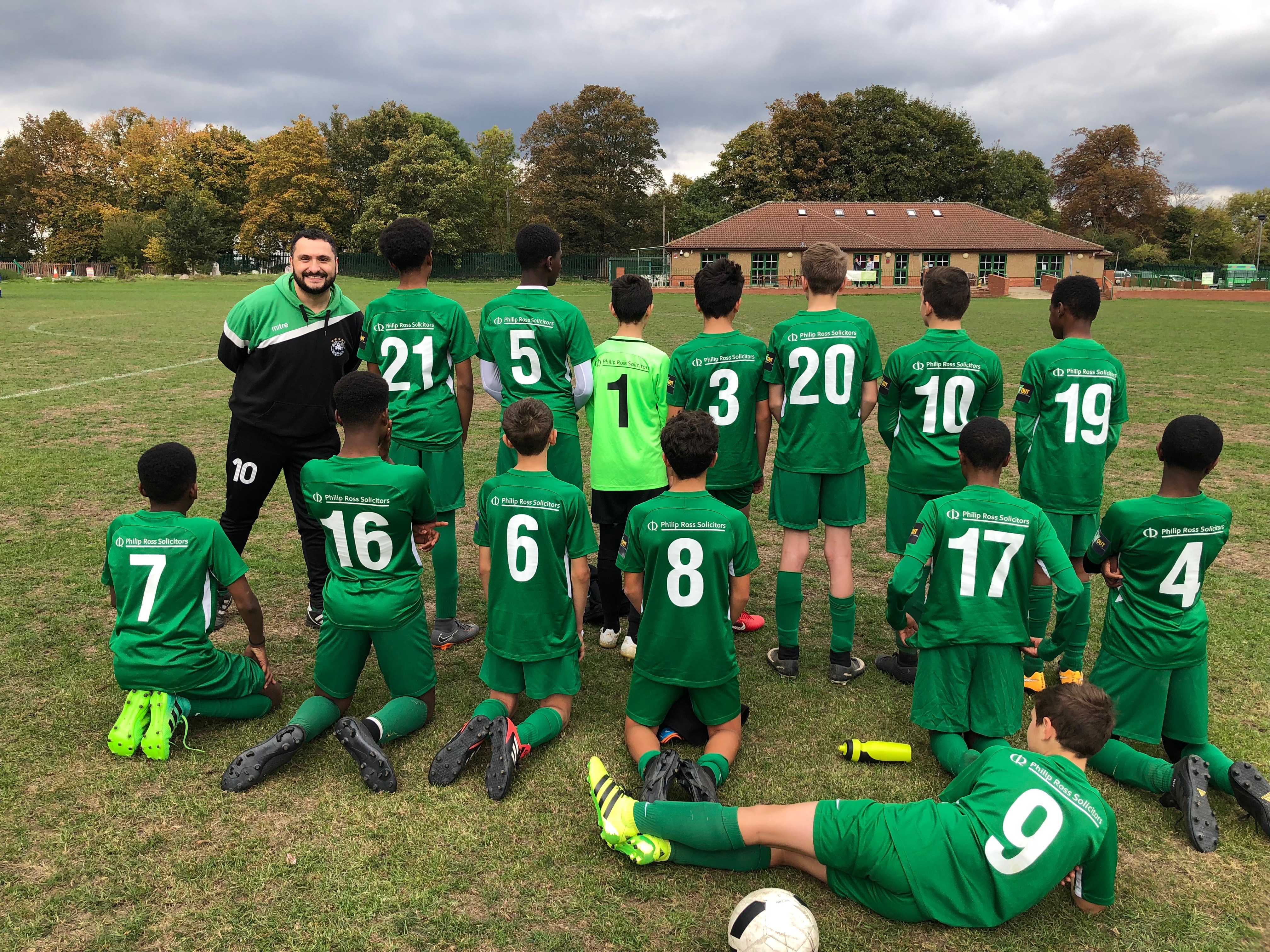 There were a host of positive performances from many teams of community football club Omonia Youth FC, sponsored by PIA Financial Group and Philip Ross Solicitors.

Sophia Karanicholas’ Under 11 Girls put on another stunning performance. After two challenging games, the girls reacted fantastically and demonstrated incredible team spirit. The highlight of the match was a world class goal from Marine who volleyed the ball in from a corner. Player of the match was Orla Holland who yet again proved to be a safe pair of hands, keeping the defence out of trouble and making some dangerous passes going forward.

At the Under 14 age group, it was a clean sweep as all four team came away with important victories. In the League Cup, Jimmy and Chris Mousicos Under 14 Gold were comfortable 3-1 winners yet the score does not do justice to the number of goal scoring opportunities that they created. Goals were scored by Kayden Trey Virgo, Rayen Haboubi and Jay Tyler Constantinou with Rhodos Stylianou and Cem Poyraz named Man of the Match.

Also in the League Cup, Michael Pieri’s Under 14 White came up against a team two divisions higher and came away with a brilliant 3-2 win. It was an outstanding display by the team who stuck to their principles and played football on the floor. Having gone 1-0 down to an early goal from a corner, the boys proceeded to dominate possession and went into half time 2-1 up thanks to a brilliant chip from Emmnanuel Onuoha-Nzeh and a well worked goal finished off expertly by Alfonso Rosselli.

The Under 14 White extended their lead in the second period with another goal that was preceded with penetrative passing, excellent movement and combination play which was finished off by Noel Allen. The opposition pulled one goal back to make it a tense end to the game but the boys stood firm. Coach Michael was delighted after the game and said: “…sometimes as a football coach there are matches and moments where reflection brings a smile. Today was such an occasion.”

The whole team were worthy of praise but Man of the Match was awarded to Alfonso for his patience, positional discipline and scoring a good goal.

In League action Mario Christoforou and Nick Lingis’ Under 14 Green came away with all three points winning 1-0 thanks to a goal from Joe K. Joe S was named Man of the Match.

George Sammoutis and Harry Theodorou’s Under 14 Silver won again in the league, dispatching their opposition 4-1. Gabriel Nyarko-Duodu (2), Joe Tuillis and Mehmet Buyuk. Joe Tullis was named Man of the Match.

David Poncia and Savvas Zavros were both delighted as they saw their Under 13 Gold put on an excellent performance to come from behind and win their match. In what was without doubt the Under 13 Gold’s biggest challenge this season, a very physical game saw their team dig deep, show resilience and come away with a positive result. They never gave up and coming back from 2-0 down showed the power of positive football and positive thinking. Goals were scored by Ky Zavros, Callum Howley and Max Albrecht. Man of the Match was Captain James Carter.

Nick Georgiou and Dino’s Under 16 White drew their home league game 2-2. It was another strong team performance with the Under 16 White taking the lead in the first half and dominating most of the play. The opposition who were very competitive and took advantage of two errors in the second half and went 2-1 up but the team showed a great attitude, fought back and got the equaliser. Goal scorers were Peter Michael and Apostolos Tziatzios. Man of the Match was jointly awarded to Peter Michael and Theo Stavrou

Chris Gregoriou’s Under 18 White recorded their first win of the season with a great all round team performance. The team fought for every ball and played some good football along the way. Half time was 0-0 but a couple tweaks and changes made the difference to take a two goal lead as well as rattling the cross bar twice and saves from their keeper made for an all-round good result and performance. Goals were scored by Michael Patsias and Tariq Stewart. Man of the Match was Raheem Watt

It was an Under 18 double last weekend as Kyri Georgiou’s Under 18 Green also won, winning 6-3 away. Goals were scored by Andrew Kirtsides (2), Jamal Payne (2), Denis and Michael Speers. Man of the Match was Ellis Charalambous.

Panos Papa-Michael, Elia Constanti and Andy Michael’s Under 15 Gold faced last season’s champions with a depleted squad but the boys were stepped up and were immense. They all stuck to their task but unluckily conceded with only a few minutes to go to lose 1-0.

Special mention to young Charlie Mousicos from the Under 14 Gold who stepped up and became the team’s eleventh man, with the approval of the opposition. Charlie played really well and played a big part in what was overall an excellent team performance.

Man of the Match was Michael Papa-Michael for what was described by Elia as “…a complete central midfield display.”

Mario Demetriou, Johnny Othona and Elvis Leon’s Under 12 Green again went goal crazy as they played and won their first league game of the season 7-0. The boys played an excellently with plenty of good passing and movement. Goals from Alex (5), Zachary and Anthony. Man of the Match was Luca 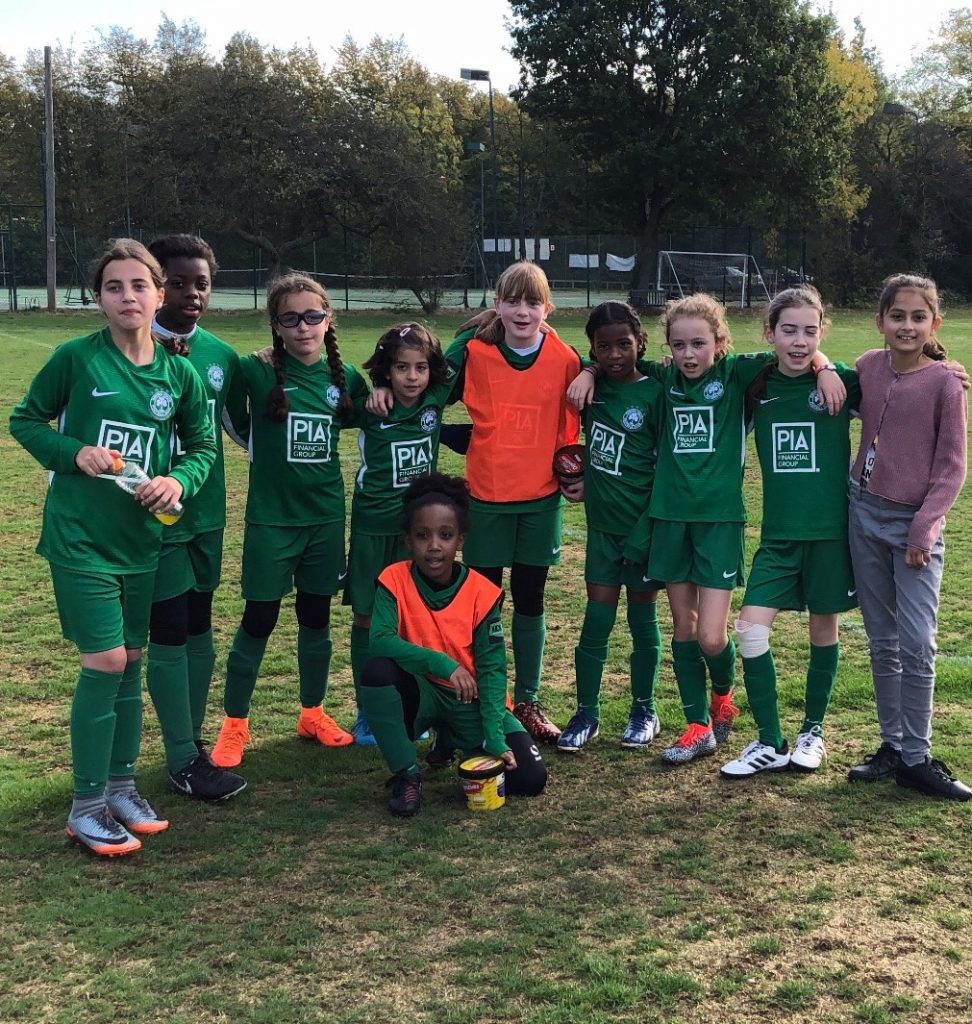 Another brilliant performance from the Under 11 Girls