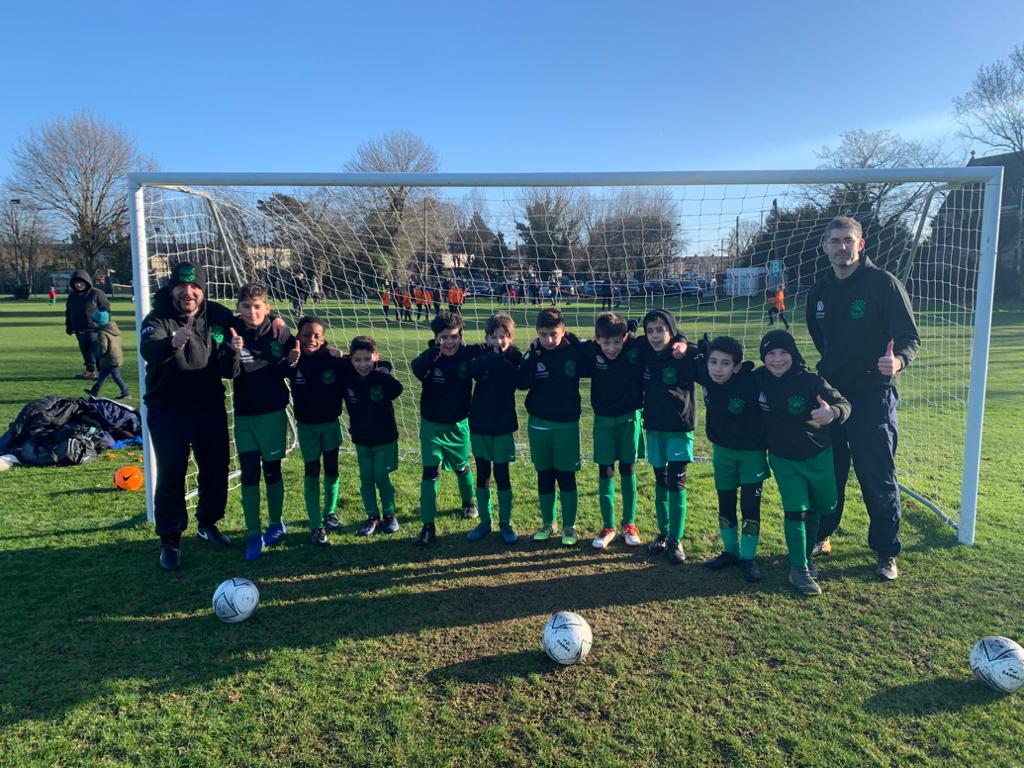 Kyri Georgiou’s Under 18 Green continue their winning run and stretched their lead at the top of the table with fine 6-1 win. Goal scorers were Yiannis Polycarpou (3), Solos Souris, Michael Spears and Antonio Panayiotou. Stelios Mina was named Man of the Match.

Adam Demetri and Evagoras Mandrides’ Under 14 Silver also continued their recent good form with another great performance demonstrating  great passing and changing styles of attack. Brodie (3), Peter, Nicola and Ru scored in a 6-1 win. Man of the Match was awarded to Panayioti Demetri for his great positioning and solid defending while still being able to get forward and attack.

Chris Gregoriou’s Under 18 White put on a decent performance and show significant improvement to draw 2-2 against a team that beat them 6-1 earlier in the season. The Under 18  White took the lead twice with a brace from Daniel Reid-O’Gilvie but it wasn’t enough to get all three points and they had to settle for a point. Man of the Match was Maleak Minto who put in an excellent performance filling in at centre half.

Savva Zavros and David Poncia’s Under 14 Gold made it difficult for themselves in Sunday to eventually run out 3-2 winners. The match was a good learning experience for the team in having to deal with an opposition throwing everything at them to rescue the game.

Zeno Vryonides and Vas Simou’s Under 12 Green played an entertaining 2-2 dra in what was described by coach Zeno as “…a cracking game today with both teams battling it out at both ends of the pitch.” The Under 12 Green were guilty of a few sloppy mistakes but these are mistakes the team will learn from. Michael and Nico were the goalscorers with Ryan named Man of the Match for his energy and never give up attitude.

Mike Koumi and Adam Broomfeld’s Under 12 White ran out convincing 8-0 winners  in a dominant performance that made up for their disappointing display last week. The Under 12 White scored early and went on to play progressive attacking football. Great finishing saw them 4-0 up at half time and they continued in the second half with four further top drawer finishes. Thomas (2), Georgie, Chris, William, Davide, Harry and Louis scored the goals with Louis named Man of the Match for scoring his first competitive goal.

Nick Georgiou and Dino Savva’s Under 18 Gold took all three points as they won 4-2. A solid first 25 minutes led to two unanswered goals and a 2-0 lead but then silly errors allowed the opposition back into the game ending the half 3-2 up. The Under 18 Gold showed much better composure in the second half where they created many chances but couldn’t consistently convert them. Nevertheless another goal secured the win. Goals were scored by Rivaldo Dju (2), Louie Capsalis and an own goal. Man of the Match was Theo.

Finally, many of the teams sported new club hooded tops at the weekend. The club would like to thank the Diamond Corporation for their significant contribution in sponsoring the hoodies. Every young footballer and coach at the club has been given one.