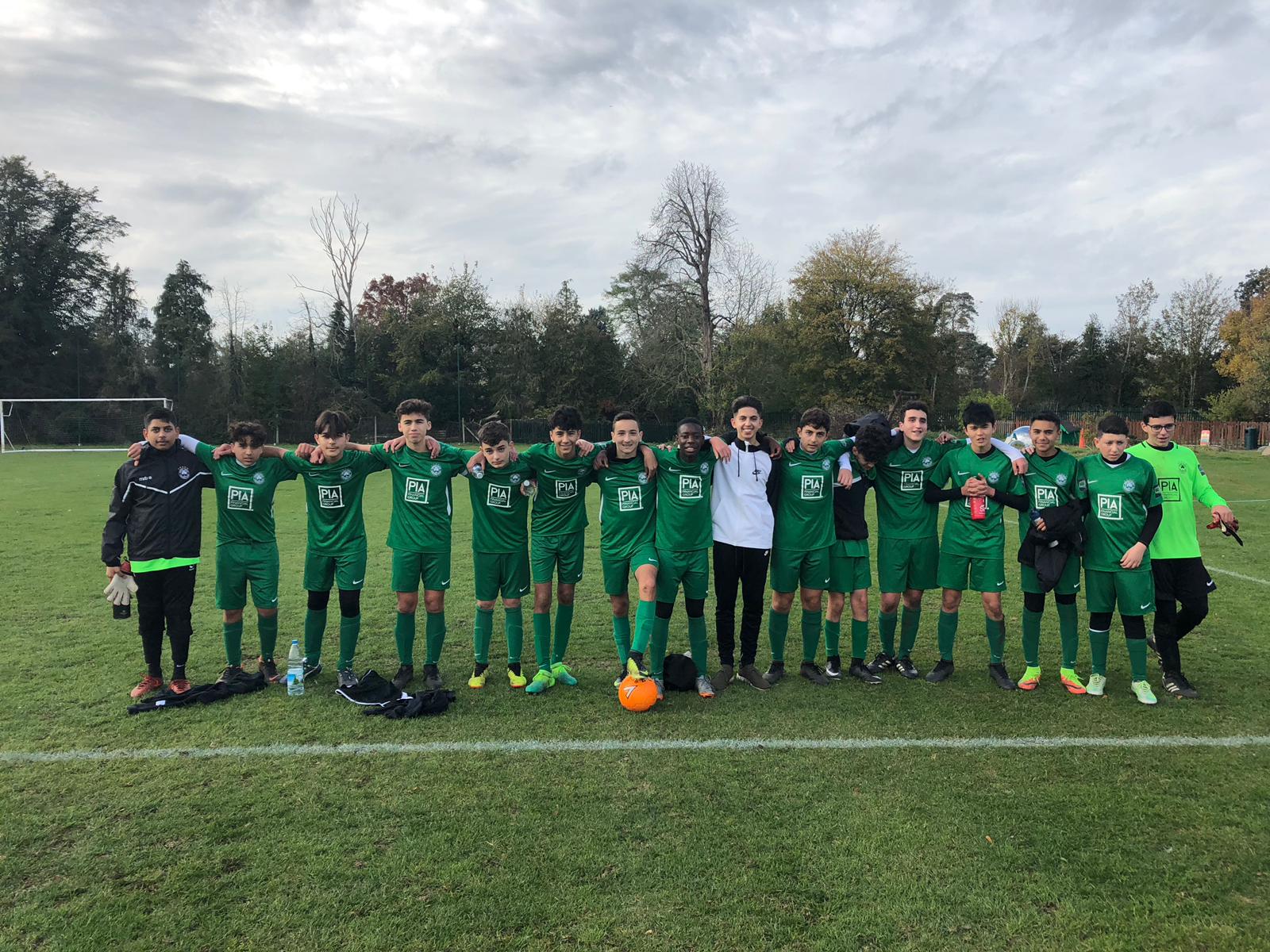 In glorious autumnal sunshine there were many great performances and plenty of goals last week for the many teams of Omonia Youth FC, sponsored by PIA Financial Group and Philip Ross Solicitors.

Four of the club’s Under 14 teams had positive matchdays. Michael Pieri’s Under 14 White continued their recent good form as they went away and returned with three valuable league points after a dominant performance. A comprehensive 6-0 victory was achieved on a small, difficult playing surface but the team stuck to the task, played brilliant attacking football and scored some aesthetically pleasing goals.

Goals were scored by Noel (2), Godwin, Kyle L, Ollie and Santino. Man of the Match was given to Kyle L for an all-round display of skill, positional discipline and a good goal too. He also played in three different positions appearing on the left wing, at right back and also centre forward.

In the League Cup Mario Christoforou and Nick Lingis’ Under 14 Green qualified for the next round with a comfortable 4-0. Nick commented that it was “…a great team performance with the boys playing some great football.” Goals were scored by George A (3) and Georgios C. Man of the Match was shared between Leon T and George A.

Jimmy and Chris Mousicos’ Under 14 Gold played against the reigning champions and came away with a very credible 1-1 draw. In a battling display a goal from Immanuel Akinboyewa earned a valuable point. Lewie Francis was named Man of the Match.

The Under 14 Girls, who play in the Essex County Girls League, also came up against reigning champions with coach George Pantelides eager to point out the vast improvement shown by the team and how proud he is of the girls. He said: “I am so proud of the development of the team having come up against really tough opposition but the girls kept their composure. They defended really well and have improved massively from last season. There are still things we have to work on going forward and that makes me very excited for the future. Special mentions today to Player of the Match, Andrea Leonidas, who was immense, our captain Magdalena and our two GKs. A debut in goal for Bethany, who was calm and assured and a cameo in goal by Dina, who pulled off a tremendous double save. Also, a special mention to the parents. A long journey (the longest yet, to Essex University’s ground in Colchester) but they all agreed it was worth it to see the improved performance from our girls.”

Kyri Georgiou’s Under 18 Green continue their good run by progressing to the quarter final of the League Cup by winning 3-1. Man of the Match Michael Speers got two goals with Terry Savva getting the other one.

By contrast Chris Gregoriou and Andy Kyriacou’s Under 18 White suffered defeat even though they dominated the first half. With chance after chance going begging the Under 18 White finally opened the scoring but then missed a penalty. Profligate finishing was the deciding factor as they lost 4-2. Goals were scored by Antonio Gelagotellis and Michael Patsias with Solomon Gyasi named Ma of the Match for an excellent defensive display.

Panos Papa-Michael, Elia Constanti and Andy Michael’s Under 15 Gold suffered a 6-3 defeat in the Cup to the current league leaders.

After the match the team reflected on a missed opportunity as they had control for good periods of the game, also leading 2-1 and 3-2 after going behind. However, whilst the team shape was good and possession progressive, there were too many individual errors at key moments which were punished every time. Goal scorers were Andreas Polycarpou (2) and Youseff Habibi with Andreas Polycarpou and Michael Papa-Michael named Man of the Match.

In the League Cup Adam Demetri’s Under 13 Silver played a side in a higher division and played some great football by passing the ball which created many chances which they took advantage of and won 3-1 to progress to the next round. Goals were scored by Brodie (2) and Ru with Georgi named Man of the Match.

Nick Georgiou and Dino’s Under 16 White put in a great performance as they won 4-1 away. Going into half time at 1-1, the team came out in the second half and did everything right; dominated the play and managed to score some lovely goals. Nick was a happy coach after the match as he said: “…the boys work rate was excellent, they were focused and determined. I’m very proud of them.”

Goals were scored by Theo Stavrou (2), Apostolos Tziatzios and Nick Georgiades. Theo was also named Man of the Match.

Mario Demetriou, Johnny Othona and Elvis Leon’s Under 12 Green put in one of the performances of the day as they won their League Cup tie 10-0. Goals were scored by Zach (4), Alex (2), Luca, Anthony, Aaron and Andreas. Zach was named Man of the Match.

Another match with a very one-sided score line saw Stel Loizou and Omi Omirou’s Under 13 Green overwhelm their opposition by winning 14-1 in the League Cup. Stef P scored five goals and was also named Man of the Match. Other goals came from Will G (3), Leo I (2), Louis L, Zach O, Luke M and Jamal M.

In a hard fought game, Mario Yiasemi’s Under Gold lost 2-0 after conceding to two late goals which was a shame as the team played well and worked hard. Man of the Match was Reiss.

Barrington and Demi Shiamishi’s Under 15 Green went 1-0 and 2-1 down but they came into their own in the second half scoring four goals to win the game 5-4. Julian Zelli (2), 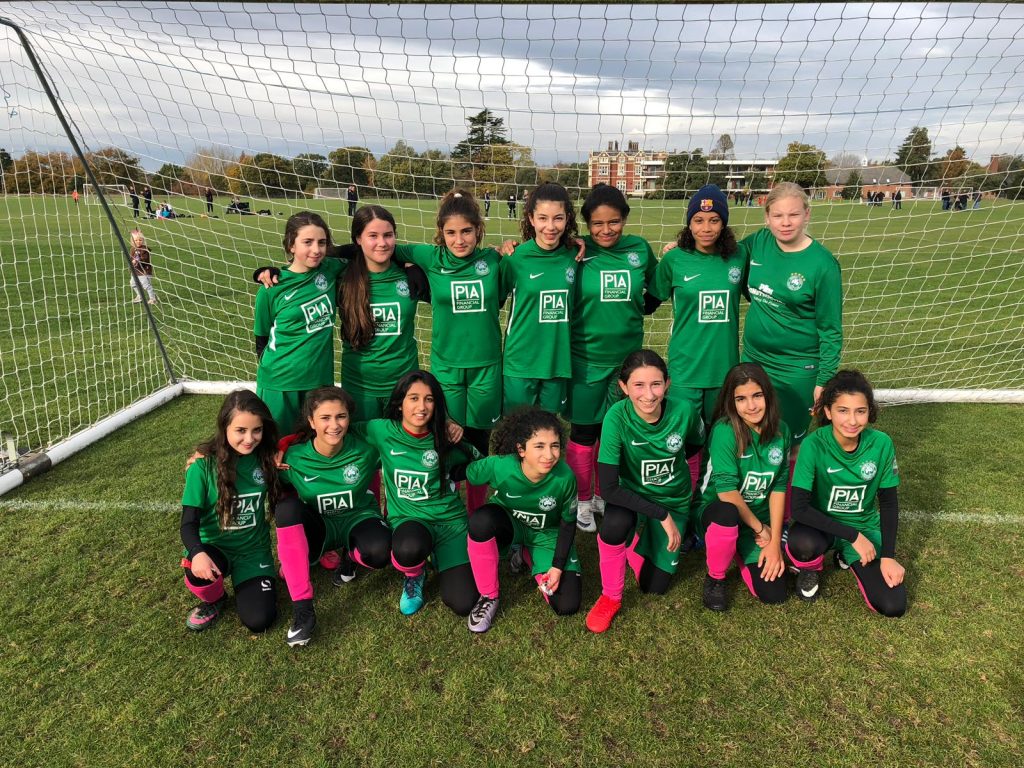 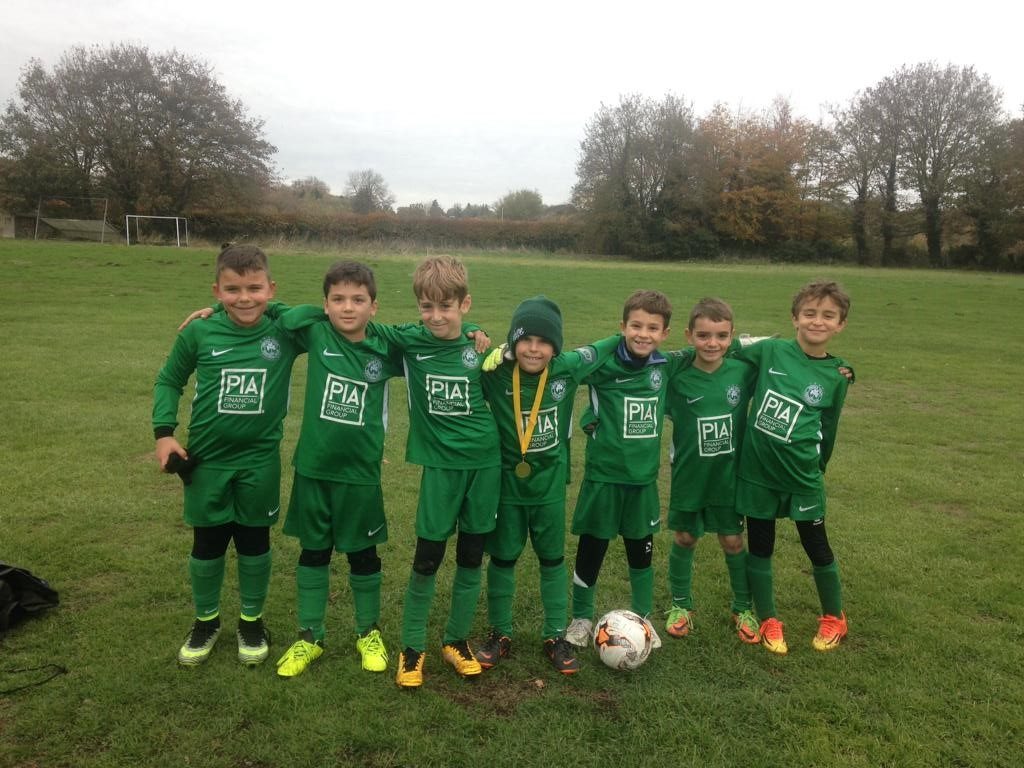 Our Under 8 Green are enjoying their first season as a team and are developing nicely. 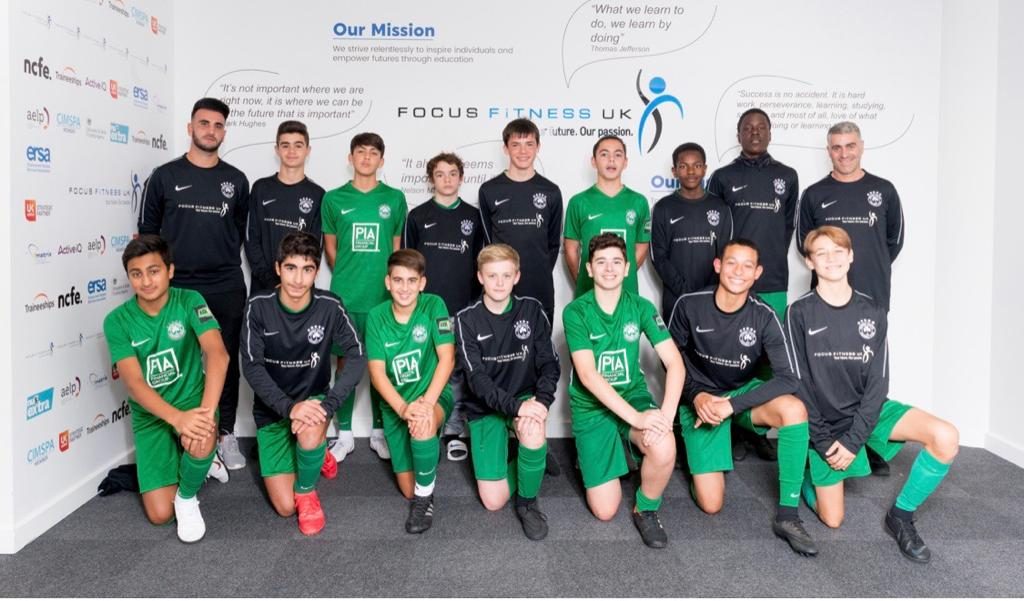