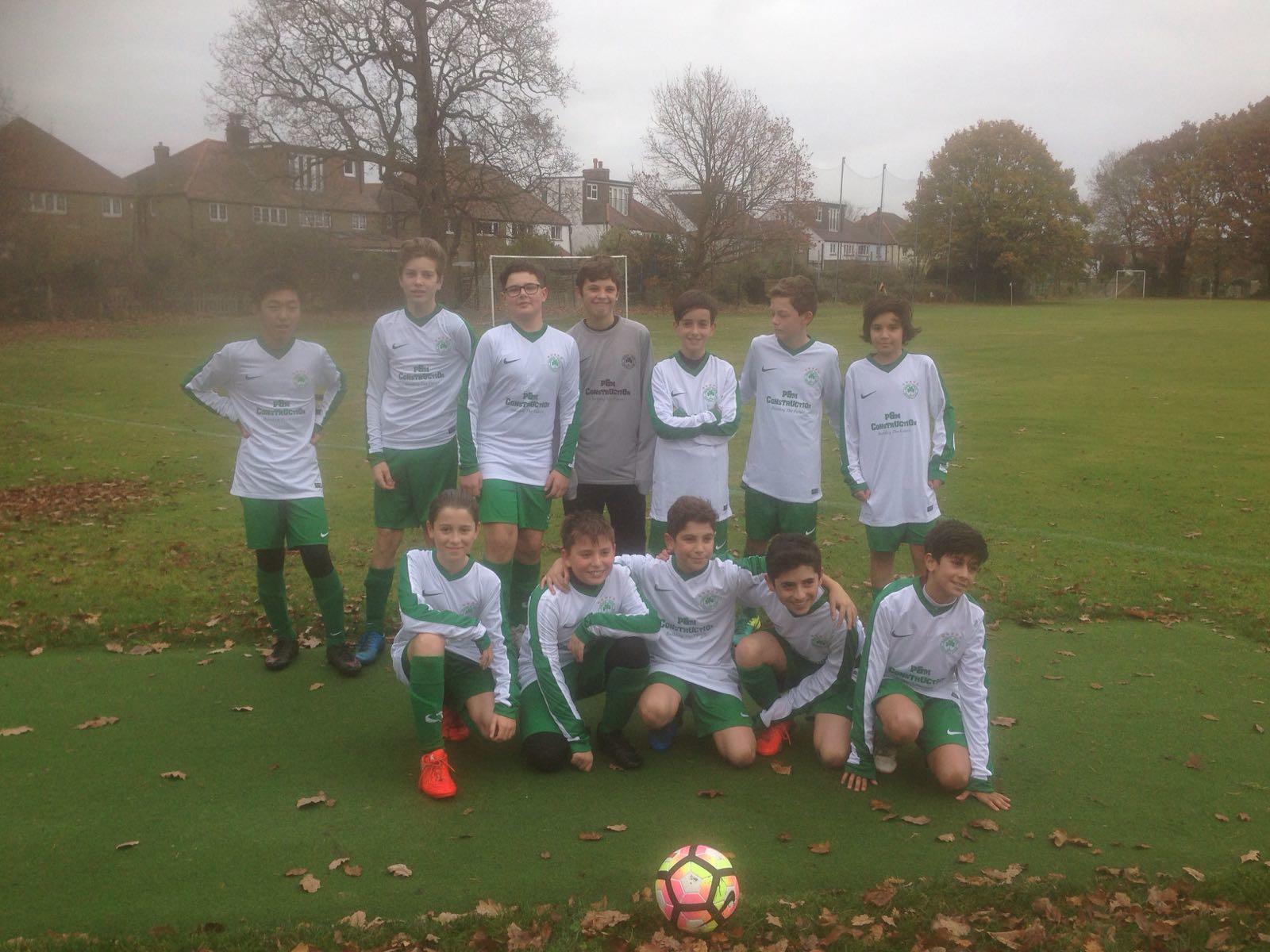 Community football club Omonia Youth FC, sponsored by P&M Construction Ltd, saw many of their teams score plenty of goals and also progress to the next round of cup competitions.

Panos Papa-Michael and Andy Michael’s Under 13 Gold won 5-1 to move to the next round of the League Cup. Youssef Habibi was justifiably named man of the match after scoring four goals. Michael Papa-Michael got the goals.

Another Omonia Youth FC side progressed to the next round of the League Cup and also scored a hatful of goals. Chris Gregoriou saw his Under 15 White team progress to the quarter final thanks to a thumping 6-1. Goals were scored by Antonio Gelagotellis, Nicholas Gregoriou with Man of the Match of the Match Max Alan scoring four goals.
Andy Charalambous also saw his Under 14 White side progress to the next round of the cup beating a team a division higher than them. In a pulsating match, the U14 White went 2-0 only to get the game back to 3-3 to take the game to extra-time. The match ended 4-4 after extra time to take the game to penalties. Harry Demothenous, Nik Zlatkov, Loui Capsalis and Stiven all scored their penalties. At 4-4 in the shootout Rico Charalambous saved a penalty then stepped up to score the winning spot kick. As the ball hit the back of the net it led to fantastic scenes of celebration. It was an amazing performance by the whole. The other goal scorers were Stylianos Chrystostomou (2), Luis Domi and Nik Zlatkov.

Michael Pieri’s U12 White went goal crazy as they put eight past their opponents to win 8-3. Goals were scored by Vaughan Frederick (3), Panos Chambi (2), Nicholas Lecointe-Akore, Anthony Fereos and Alfonso Roselli. In a fine team performance with several candidates to be named Man of the Match, the award went to Vaughan Frederick for his hat trick and two assists in the game.

Kyri Georgiou’s Under 15 Green earned a draw thanks to goals from Michael and Temi. Solos was Man of the Match.

Both U16 teams suffered defeat this week. Nick Zimaras’ Under 16 White team lost 4-3. James scored twice and was named Man of the Match with Jordan getting the other goal.

Finally, the Under 14 Green coached and managed by Neo, Varney, Dean and Michael K again showed their class winning 8-3. It was a stunning performance played at Harlow Stadium in front of a crowd in excess of 150 supporters. The coaching staff commented how impressed they were with the facilities and it clearly inspired the team. Goal scorers were George Stasi (2), Angelo Michael (2), Clinton Benekoje (2), Christo Pedrithis and Luca Cardines. The win ensured that after nine league games, the Under 14 Greens are top of the Mid Herts Premier Division, a brilliant start to the season
The club will be celebrating another year of success with a Celebration Dinner and Dance on Sunday 4th December at the Regency Banqueting Suite in North London. The club will be producing a commemorative brochure for the evening and should you want to make a donation please contact the club. There will also be a raffle and an auction of sporting memorabilia. Contact the club for more details.