OYFC results – U12 ‘Derby’ the highlight 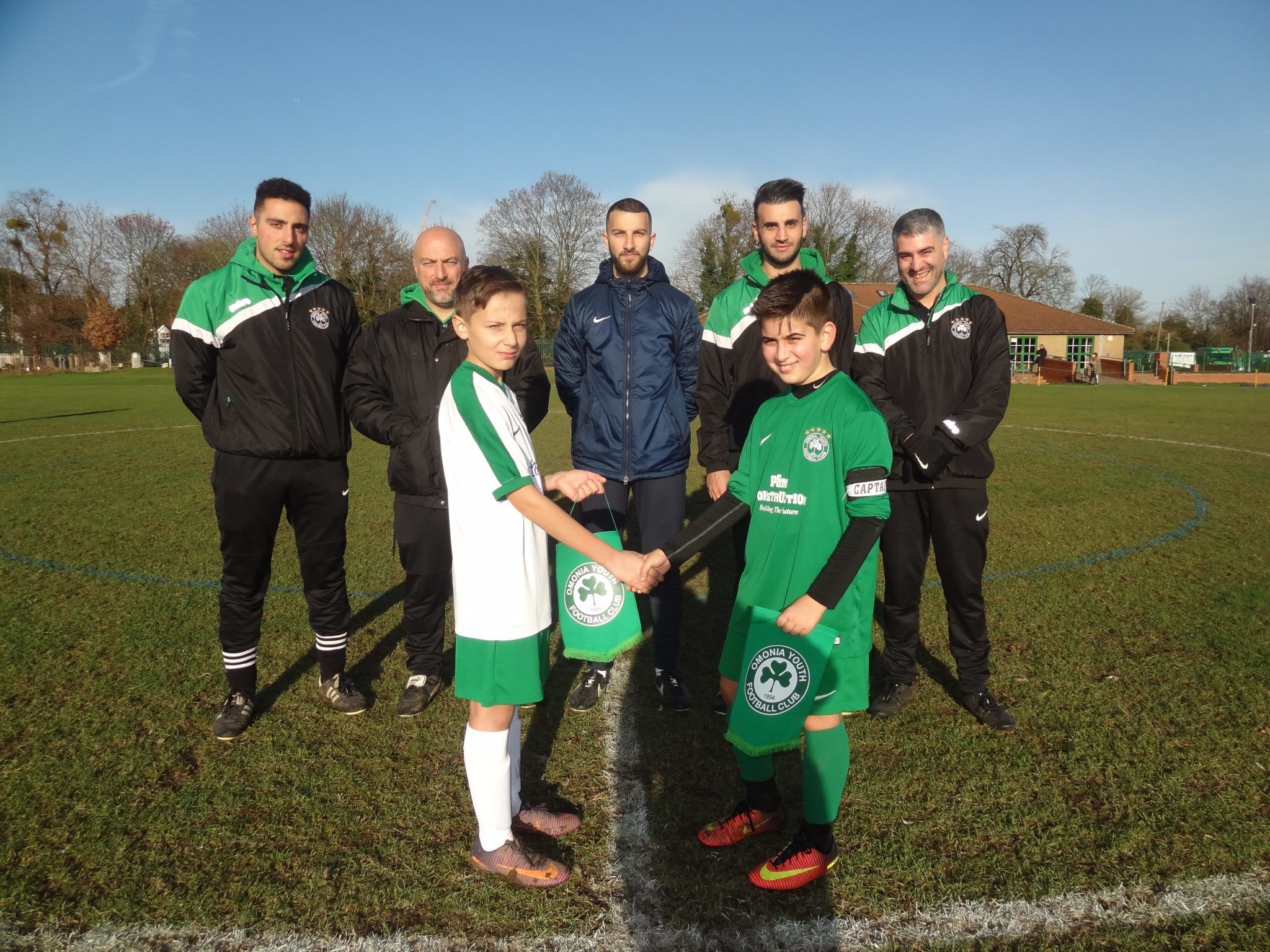 Last Sunday, community football club Omonia Youth FC, sponsored by P&M Construction Ltd, saw many of their teams win and consolidate their place at the top of their respective divisions. There was also an Under 12 Derby between the Green and Gold.

Andy Charalambous’ Under 14 White won 3-0 to stay top of their league. Goals were scored by Harry D, Steven and Louie. Man of the Match was Nick Georgiades.

Nick Zimaras’ Under 16 White had to endure a half time telling off after going into the break 2-0 down. It seemed to work as the team then went on to score three unanswered goals and win 3-2.  Goals scored by Jacob, Finn and Joe Cannon. Man of the Match was Max Riley.

The high flying Under 14 Green took a break from league action where they won through to the quarter final of the Mid Herts Cup winning 4-0. Goal scorers were Angelo Michael (2), Mikey Dionisiou and Barsa. Man of the Match was given to Mikey Dionisiou.

The Under 14 Green are now in the quarter final of three cup competitions and remain top of the Mid Herts Premier Division – an outstanding level of consistency as the team approach the winter break.

In the Under 13 County Cup, Panos Papa-Michael and Andy Michael’s Under 13 Gold were knocked out losing 4-2. Man of the Match was Luca Michael who kept going when others dropped their heads

Kyri Haili and Michael Petrou’s Under 13 White continued their fine form with another win. Goals from Adam Curran, Loui Petrou and Hao Xin O’Sullivan gave them a 3-0 win. Man of the Match was awarded to Hao Xin O’Sullivan

In the Under 12 Derby, Nick Lingis and Mario Christoforou’s Greens took on Chris and Jimmy Mousicos’ Golds. It was a highly entertaining match with the Greens winning 1-0 thanks to Georgios Christoforou’s second half winner. Man of the Match was Raul Amin for the Greens.

Michael Pieri’s Under 12 White were lacklustre in their league match but scrapped a 1-1 draw. Panos Chambi scored the goal with Nicholas Lecointe-Akore and Thomas Georgiou named as joint Man of the Match

Demi Shiamishi’s Under 13 Green won their thrird consecutive game thanks to a fine 4-3 win. Julian Zelli, Jacob Mohan, Alexi Georgiou, and Elia Stylianou were the scorers.

Finally Kyri Georgiou’s Under 15 Green suffered a heavy defeat losing 7-1. Goal scorer was Solos and Man of the Match Terry.