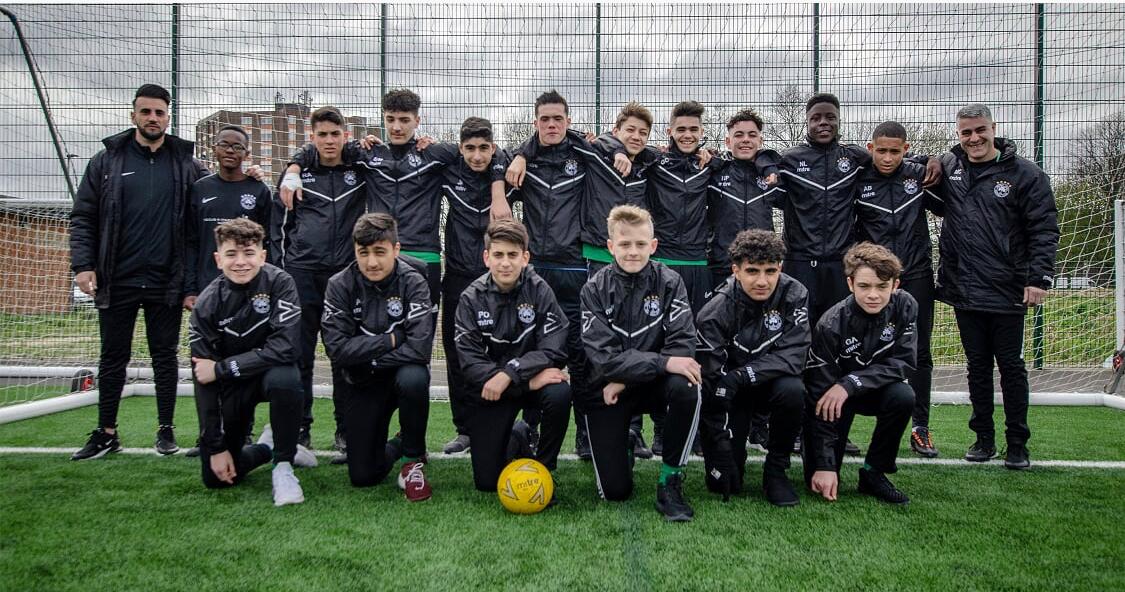 Community grassroots club Omonia Youth FC, sponsored by PIA Financial Group and Philip Ross Solicitors were last Sunday looking for a sixth star to adorn their badge but it was not to be. Nick Lingis and Mario Christoforou’s Under 14 Green were unable to win their Middlesex County Cup Final last Sunday and while there is obvious disappointment, there is also huge pride in the fantastic run to get to the final. Playing at Middlesex FA’s new headquarters in Northwood, the Under 14 Green had great support with parents and friends of the club attending and giving fantastic vociferous backing. Unfortunately, the Under 14 Green came up against an outstanding team who were appearing in their second consecutive County Cup Final and who eventually ran out 6-1 winners. The Under 14 Green did hit the woodwork twice but their opponents were worthy winners. George Andoutsos got the goal with Jack Anastasi named Man of the Match.

There was better news for other teams, especially Nick Georgiou’s Under 16 White, who won their Spring Plate semi-final after winning a tense penalty shoot-out 4-3. It was a great performance from all the boys against the best team in their division. From start to finish the team showed a lot of determination and focus and they went into half time 2-0 up. A few mistakes allowed the opposition to equalise in the second half but the boys never gave up and kept the score until the end of extra time. The team got the win on penalties and a proud Nick was quick to praise the team’s effort. Peter Michael scored by goals during with Anthony Gregori, Peter Michael, Stefanos Kizas and Apostolos Tziatzios scoring their penalties in the shoot-out. Understandably the whole team were awarded as Man of the Match.

Michael Pieri’s Under 14 White won their Spring Plate tie away in the proverbial game of two halves. Having gone into the half time interval 4-1 up thanks to dominant football and scoring some aesthetically pleasing goals, the boys relaxed too much and successive mistakes let their opponents back in the game. Conceding what the referee deemed were two penalties didn’t help either. In an end-to-end passage of play with both teams attacking the Under 14 White scored their decisive fifth goal. Last gasp defending secured the win after an incredibly long second half! It was on reflection a very satisfying win. Goals were scored by Godwin Obeng (pen), Noel Allen, Sami Hristov, Kyle Ellis and Itiel Omadjela. Kyle Ellis was named Man of the Match.

Mario Demetriou, Johnny Othona and Elvis Leon’s Under 12 Green won their league match 2-1 in what was described as a very competitive game from start to finish where both teams were desperate for the win and which was played in great spirit by both teams. Alex got both goals with Zach named Man of the Match.

George Pantelides’ Under 14 Girls were celebrating a truly fantastic result and performance on Sunday. George was brimming with pride and what he described as a  a fabulous, if a little bit nervy at the end, 3-2 win by the team. The whole team and the watching supporters felt great and it was a superb Mother’s Day present for all to enjoy. Giorgia and Nicole got their first goals of the season with Chelsea getting the winner. The win was helped by some incredible defending by Sophia and Sapphira. George and the wanted to wish a Happy Mother’s Day to their die hard supporters (see photo) Player of the Match was Sophia.

Panos Papa-Michael, Elias Constanti and Andy Michael’s Under 15 Gold won 1-0 away. It was a great win for the boys who came under some really tough pressure from not just a strong opponent, but also from some over-zealous opposing supporters and a many questionable referee decisions. However, the commitment and disciplined Omonia Youth boys came through for a well-deserved victory. Fabion Zylfi got the goal with the whole squad named Man of the Match.

Dino’s rapidly improving Under 15 Green team chalked up another 5-1 win today against a hard working team. Goals from Julian (2), Louis O (2) and George. Louis O was named Man of the Match.

Adam Demetri’s under 13 Silver won their Spring Cup group match 4-3. It a very even match and the match a credit to both teams.

The Under 13 Silver went from 0-1 down to 3-1 up with confidence and spirits high but their opponents fought hard and brought it back to 3-3 and with momentum against them the team dug deep to score an injury time winner. Goals were scored by B. Theodorou (2), M. Stavrou and N. Antzara. Man of the Match was A Mandrides. With just one game in the group phase to play, the Under 13 Silver know that if they avoid defeat they will progress to the knock out phase.

Kyri Georgiou’s Under 18 Green played their Challenge Cup quarter final against Nick Zimaras’ side, who is the club’s former club secretary but who is still a club trustee. His team are flying high in a division above the Under 18 Green and also most of their players are a year older too. It was a fairly and fiercely competitive game with some attractive football with both teams hitting the woodwork in an even first half which ended goalless. The Under 15 Green started the second half strongly and deservedly took the lead. Their opponents pressed hard and half way through the second half scored two quick goals to take the lead, but in the 85th minute an amazing run from his own half by Leon produce the equaliser. Two very, very late goals from the opposition unfortunately put them into the semi-finals. It was though a great effort from both teams. Man of the Match Leon got both his team’s goals. 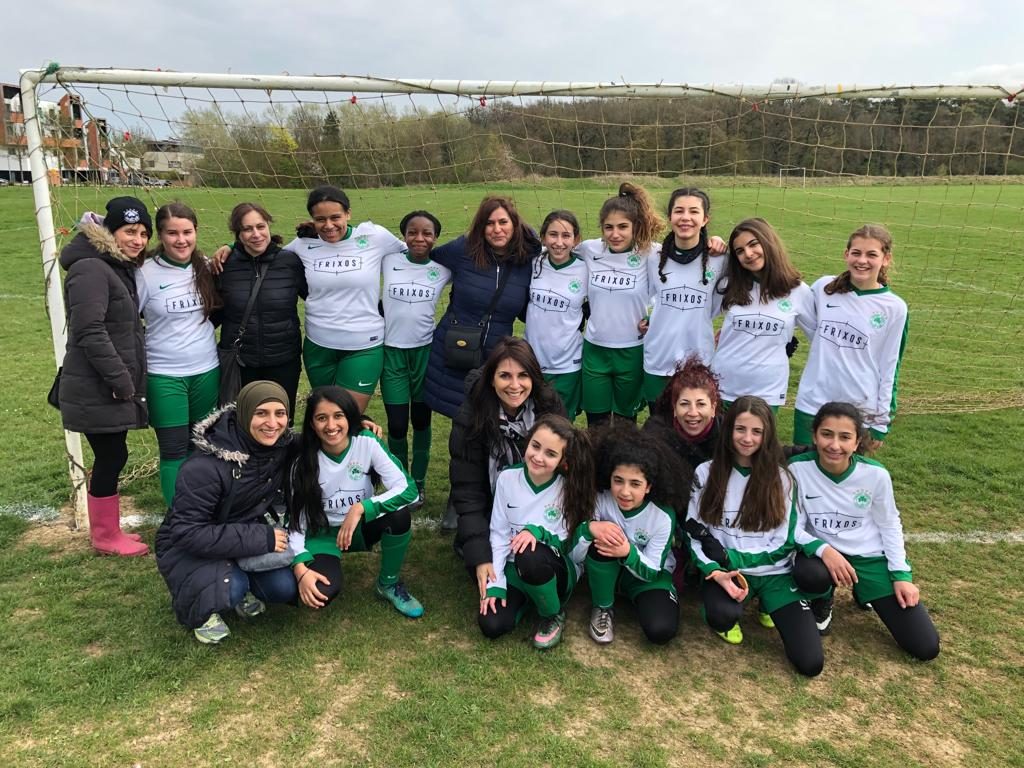 A brilliant performance and result for the Under 14 Girls, pictured here with some of their mums on Mother’s Day