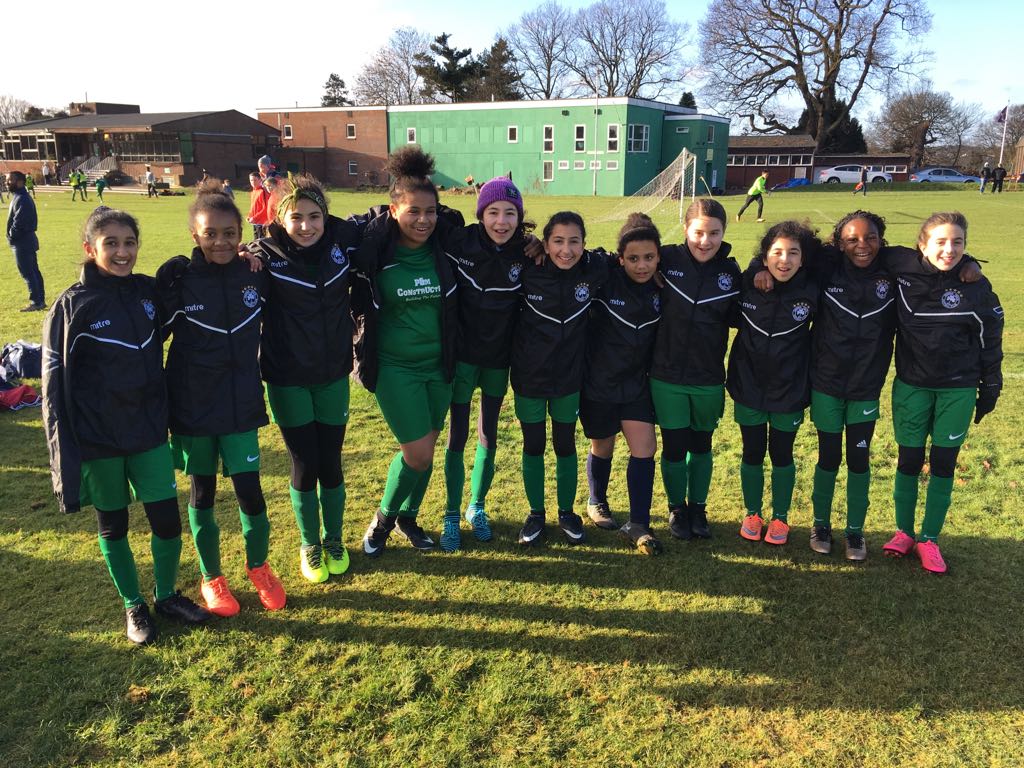 After the winter break, community grassroots club Omonia Youth FC, sponsored by P&M Construction UK Ltd, saw many of their team back in action.

Five Under 13 teams played on Sunday with mixed results. Chris and Jimmy Mousicos’ Under 13 Gold played a Middlesex Cup quarter final but unfortunately went out of the competition losing 4-1. Mohammed Conteh got the goal with Rhodos Stylianou named Man of the Match.

In league action Mario Christoforou and Nick Lingis’ Under 13 Green won 4-3 thanks to the team exhibiting a fantastic attitude which produced a great performance. Georgios Christoforou grabbed a hat trick and George Androutsos getting the other one with both players named joint Man of the Match.

George Sammoutis and Harry Theodorou’s Under 13 Green also came away with a win in a top of the table clash. Goals from Oscar Hickey (2), Viktor Borisov (2), Rohan Biswas and Joe Tullis gave them a well deserved 6-4 win. Jakub Wojciechowski was named Man of the Match.

Unfortunately, Michael Pieri’s Under 13 White could not make it a hat-trick of wins as he saw his team play out a 1-1 draw. In a game where the under 13 White dominated they concede a late equaliser after spurning several chances to extend their lead. The goal was scored by Santino Raia and Man of the Match was Kyle Lapompe.

George Pantelides Under 13 Girls won the second half 1-0 but having conceded three goals in the first half lost 3-1. The Under 13 Girls goal was a stunning solo effort from Andrea Leonidas while Player of the Match was Chelsea Laryea, who battled bravely up front and was unfortunate to not get a goal for her efforts.

Mario Stavrou’s Under 12 White came away with all three points thanks to a comprehensive 4-0 win. Agim (2), Valandi and Louis were the scorers with Agim named Man of the Match.

Savvas Zavros Under 12 Gold enjoyed a well fought battle which saw tit for tat goals throughout the match which ended in a 3-3 score line. The teams were excellent and showed positive commitment. Max Albrecht (2) and Harry Theodorou go the goals with Harry also named Man of the Match.

The Under 15 team who play their football in the London Premier League lost 5-2 against tough opponents. The team took a while to get going and found themselves two down early on but gamely came back to equalise thanks to two unbelievable strikes by Anthony Papadopoulos. Unfortunately their opponents scored two goals within a minute which made the rest of the game difficult. However, the boys never gave up and continued to improve as the game went on even though they conceded a fifth right at the end. Man of the Match was Andy Polycarpou

Kyri Georgiou’s Under 16 Green’s lost 6-3. Goals from Costa, Andrew and an own goal. Andrew Kirstides was named Man of the Match.

Nick Georgiou and Kenny Gregori’s Under 15 White lost 4-0. An encouraging second half performance bodes well for the future but it was not enough to counter a strong opponent. Stefanos Kizas was named Man of the Match.

Chris Gregoriou and Andy Kyriacou’s Under 16 White got back to playing football after a long winter break. It was a very rusty performance and the boys had to work hard to get a result after a poor first half. The second half was better and the passing started to come back with good movement too. A cross from deep into the box was met by Alex Androutsos who flicked a header into the far corner and he then followed that up with powerful shot from close range to go 2-0 up. The Under 16 White conceded late on but held on for a deserved win. Man of the Match was Alex Androutsos.

Mike Petrou and Kyri Haili’s Under 14 White got the New Year off to a flying start with a stunning 6-1 win. David Preece was named Man of the Match after grabbing four goals. Alex Papaloizou and Alex Theoharous got the other two.