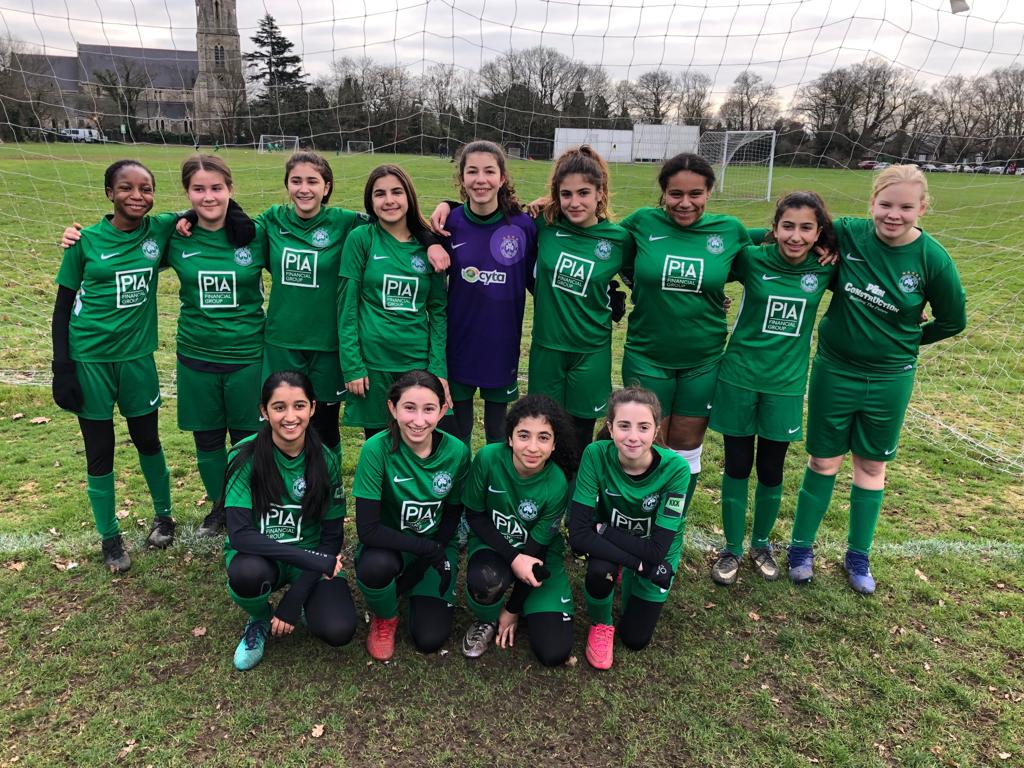 After the winter break, community grassroots club Omonia Youth FC, sponsored by PIA Financial Group and Philip Ross Solicitors, saw many of their team back in action.

Kyri Georgiou’s Under 18 Green lost 6-0 in the quarter final of the League Cup against a strong opponent. It was a poor start to the New Year where the Under 18 Green got what they deserved against a team in the top division. Man of the Match Antonio and the boys will have to pick themselves up as next week they have the Omonia Youth derby.

Omi Omirou and Stel Loizou’s Under 13 Green narrowly lost a tight match 3-2. Will G and Louis got the goals with Louis also named Man of the Match

Adam Demetri’s Under 13 Silver got their 2019 off to a spectacular start with a stunning 10-0 win. The first match back from a long break can sometimes lead to sluggishness but the Under 13 Silver were hungry for a win and began the match creating many chances. There was only seven minutes between the first four goals and with two more scored before the break, it was a comfortable half time team talk. The quick scoring emphasised the desire of the team to win the ball and to press home their advantage. Four more goals in the second half to underline the team’s dominance and pure team determination with excellent commitment, communication and team spirit. Throughout the game fair play was observed by both teams and respect by opposition coaches and parents. Goals were scored by Brodie (5), Ru (3),

Savva Zavros and David Poncia’s Under 13 Gold likewise got their 2019 off to a winning start and kept their unbeaten run intact. Trailing 1-0 at half time they came back in the second half to maintain showing resilience and skill to eventually run out 3-1 winners.  Man of the Match was given to Zak Naji with the goals scored by Max, Mustafa and Louis.

George Pantelides’ Under 14 Girls won their first game of the season against strong opposition in a match where the girls showed incredible determination and grit to defend for long periods of the game. Bethany and Emilia took turns to be in goal and both made super saves to protect the clean sheet. Skipper Andrea was immense in midfield with Nicole, Sapphira, Maggy, Dina and Sophia rock solid at the back. Aleesa played one of her best games for the club and Chelsea led the line superbly. Mary, Lydia and Andrianna all played their part in midfield positions. The only goal of the game came from a sweet right foot strike from Emilia, who buried the winner into the bottom left hand corner of the net. There were scenes of complete joy and elation from the players, parents and fans at the end of the match. The coach was pretty happy too! Player of the Match was awarded to Emilia Pantelides.

For the fourth and last time this season, the Under 14 Gold and Green played their derby and fittingly the match ended in a draw. Mike Pavlou scored and was Man of the Match for the Gold. Nathan L scored for the Green with Adam B named Man of the Match.

Michael Pieri’s Under 14 White found it tough in their quarter final against a team two divisions higher and the task was made even more difficult as they had to play the game without their regular goalkeeper. Losing 8-2 the boys learned plenty. Goals were scored by Kyle L and Alfonso R with Thomas and Yianni both awarded Man of the Match for their selfless attitude and playing a half each in goal.

Nick Georgiou and Dino’s Under 16 White put in a very strong performance with the boys playing some excellent football on the ground. Only one of many opportunities was converted to a goal before half time but in the second half the chances to score were plentiful and the converted four goals. The opposition only managed to score from a penalty so overall all the boys did an excellent job. Coach Nick was rightly very proud of his team and it was a great start to the year.

Scorers were Peter Michael (3) and Apostolos Tziatzios (2) with Stefanos Kizas named Man of the Match.

Panos Papa-Michael, Elia Constanti and Andy Michael’s Under 15 Gold lost 4-3 against the top team in their division. A slow start by the Greens saw them go two goals down due to lethargic defending, however efforts were increased thereafter and the team started to see more of the ball. With five minutes of the first half to go they were awarded a penalty…but missed. Then with seconds before the half time whistle, Andrew Christofi showed great desire and technique to make it 2-1.

The second half started even but again the under 15 Gold conceded a goal after having at least three good opportunities to clear. The boys showed great character against the top side and pulled a scrappy goal back through Youseff Habibi to make it 3-2. The odds again shifted towards opposition when the Under 15 Gold lost two players through injury with only one substitute available (and he is a goalkeeper!). With 10 men the boys pushed and dominated play but a break-away goal saw them go 4-2 down. With two minutes to go Youseff scored again and the game finished as a 4-3 loss. It was difficult to choose a Man of the Match as all of the boys dug deep and showed good qualities.

Mario Demetriou, Johnny Othona and Elvis Leon’s Under 12 Green drew 1-1 in a very physical game on a poor pitch.  The draw however was enough to see them progress into the next round of the League Cup. Alex scored the goals with Harry named Man of the Match.

Harry Theodorou and George Sammoutis’ Under 14 Silver won convicencly, taking all three points with a 6-1 win. Ben, Oscar, Rohan, Mehmet, Lucien and Gabriel with the goals with Nicholas and Ben named Man of the Match.

Finally, Marios Yiasemi’s Under 12 Gold played a team a couple of divisions higher and with only 9 players did well to only lose 5-1. Logan scored their only goal and was also named Man of the Match. 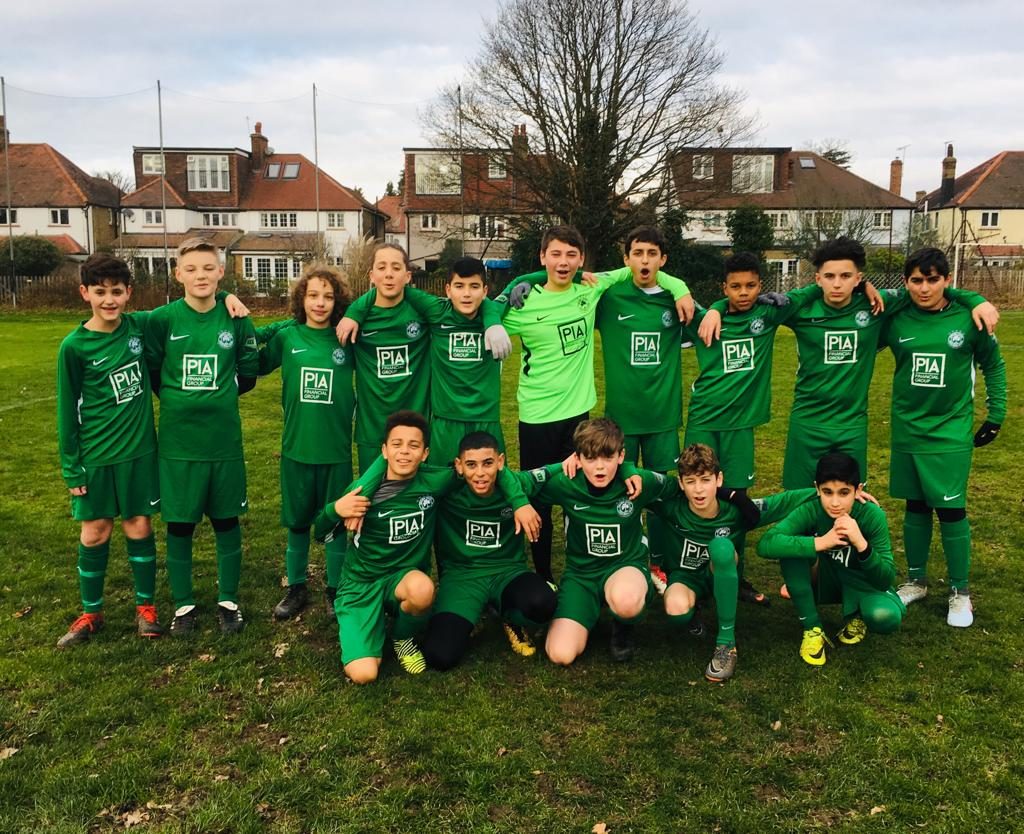