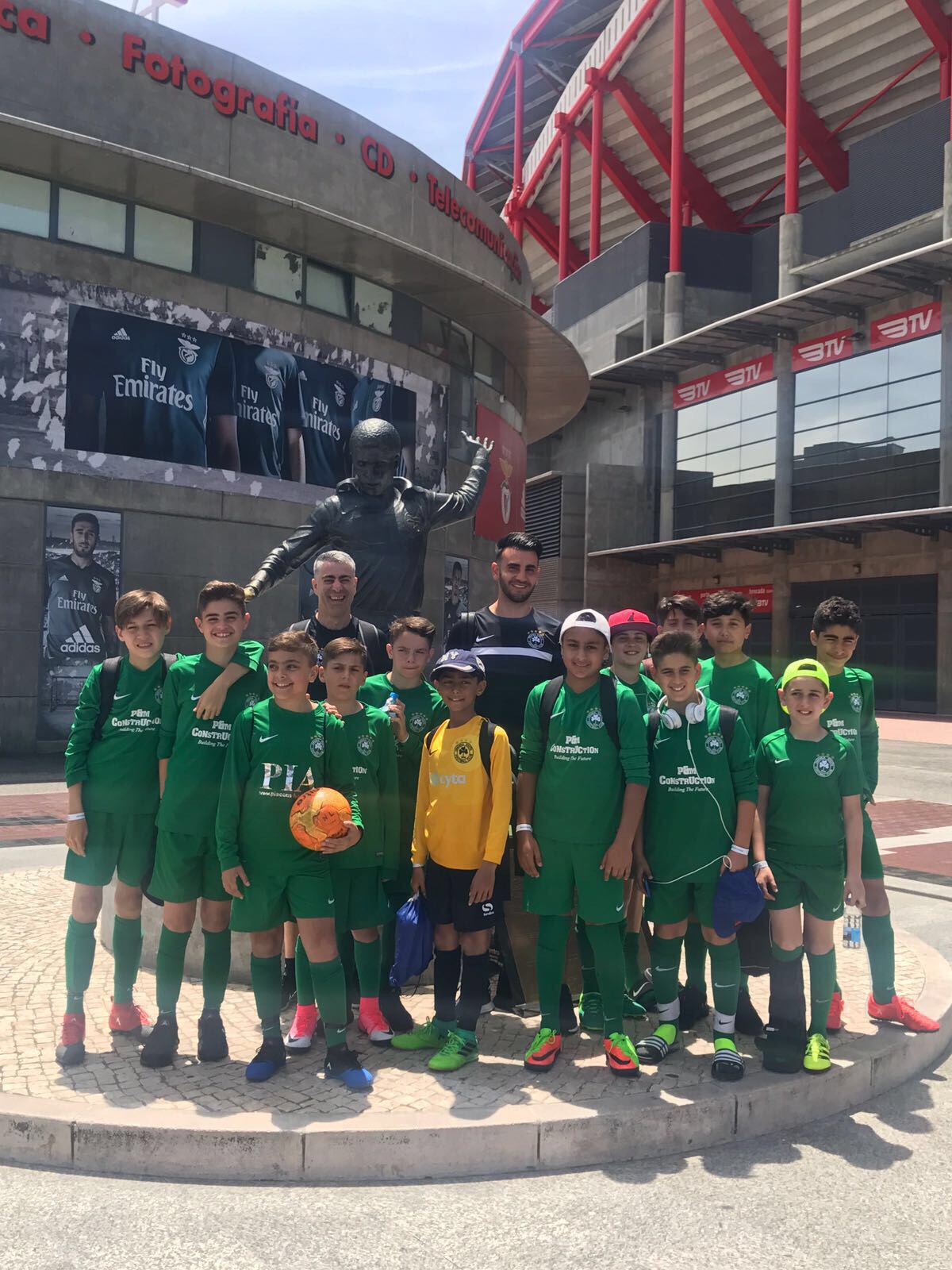 Youth football at its purest and inclusive best, often generates incredibly positive memories and moments. This was no more evident than when the U12 Green from community football club Omonia Youth FC, sponsored by P&M Construction Ltd, visited one of the historic clubs of European football.

June 8-11 will live long in the memory of the young footballers of the U12 Green as they travelled to Lisbon in Portugal to take part in the 2017 Europa Cup. The tournament was hosted by Benfica with the matches played on the actual pitch of the Estadio da Luz.

The parents and boys truly are a “family” and this trip cemented this positive camaraderie.

The coaches and parents who went along on the trip were proud of the boys’ performances and their behaviour throughout the trip.

Standout highlights included walking out of the tunnel and onto the pitch stadium to the sound of Champions League music, watching and meeting the freestyler Daniel Cutting. The opportunity to meet and making new friends also helped create a positive atmosphere.

The comments from the boys emphasised that this was a trip they will never forget:

“Best time of my life” – Rohan

“Spectacular and a once in a lifetime experience” – Jack

“Once in a lifetime opportunity with a great coach” Amaan

“An experience of a life time” – Tino

“The best holiday/experience in my life” – Louis