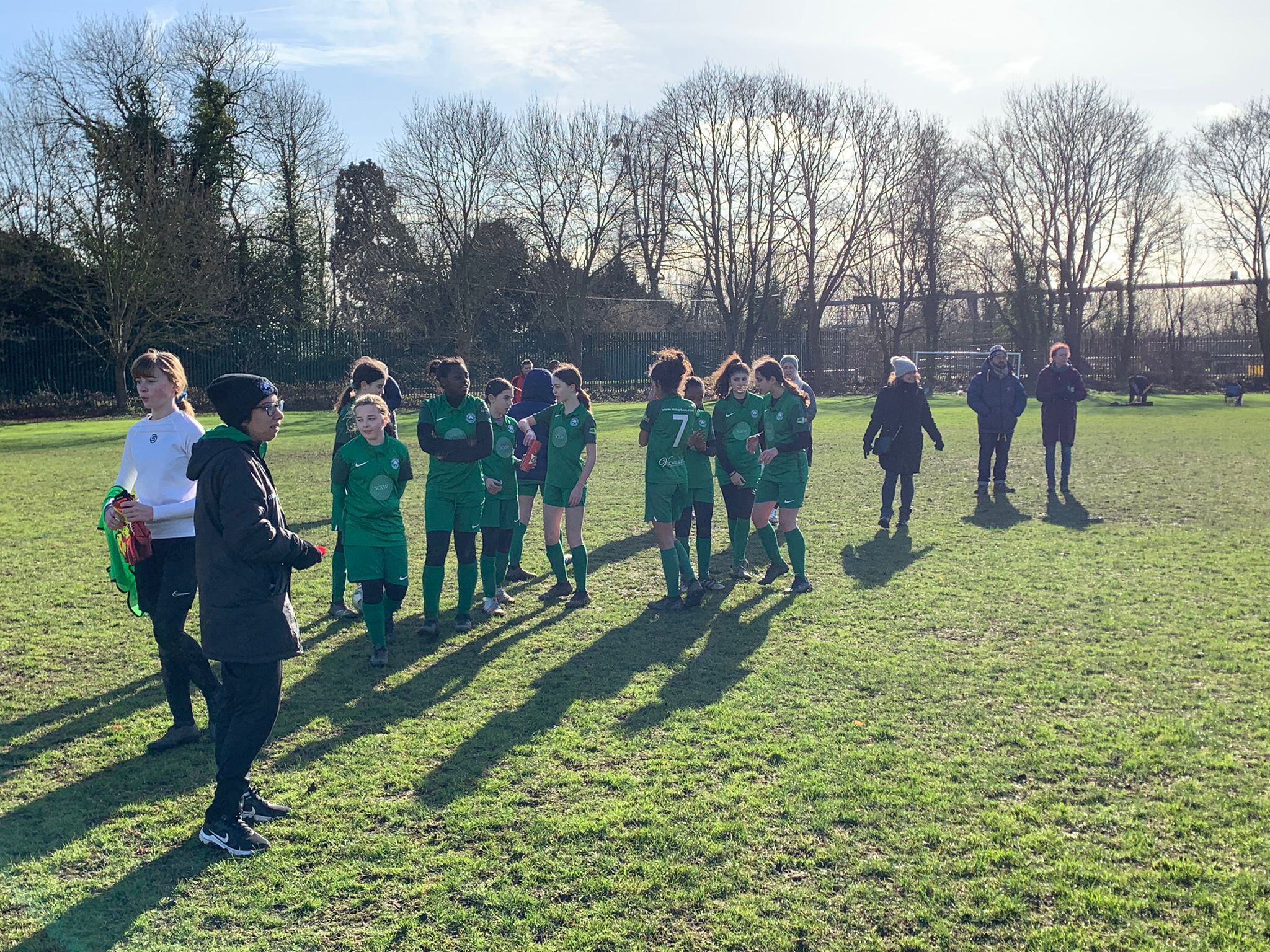 Sophia Karanicholas and Samuel Arthur Under 14 Girls were celebrating an wonderful achievement after they were crowned Under 14 Girls champions. It is the second season in succession that the girls have won their division.

What makes this season’s achievement extra special is that unlike last year, this was a full year of fixtures and with the exception of one game that had to be forfeited due to Covid restrictions, the girls went undefeated for the entire league season in the league. What a brilliant accomplishment.

After last week’s match, team manager Sophia said: “We could have never have imagined a few years back when this team started that they would be where they are today and I could not be more proud. The biggest positive is seeing just how happy the girls are playing together and seeing how close they’ve become as friends. This has been the best feeling for us as coaches.”

Special thanks goes to the parents who have not missed a game and shown their support week in week out.