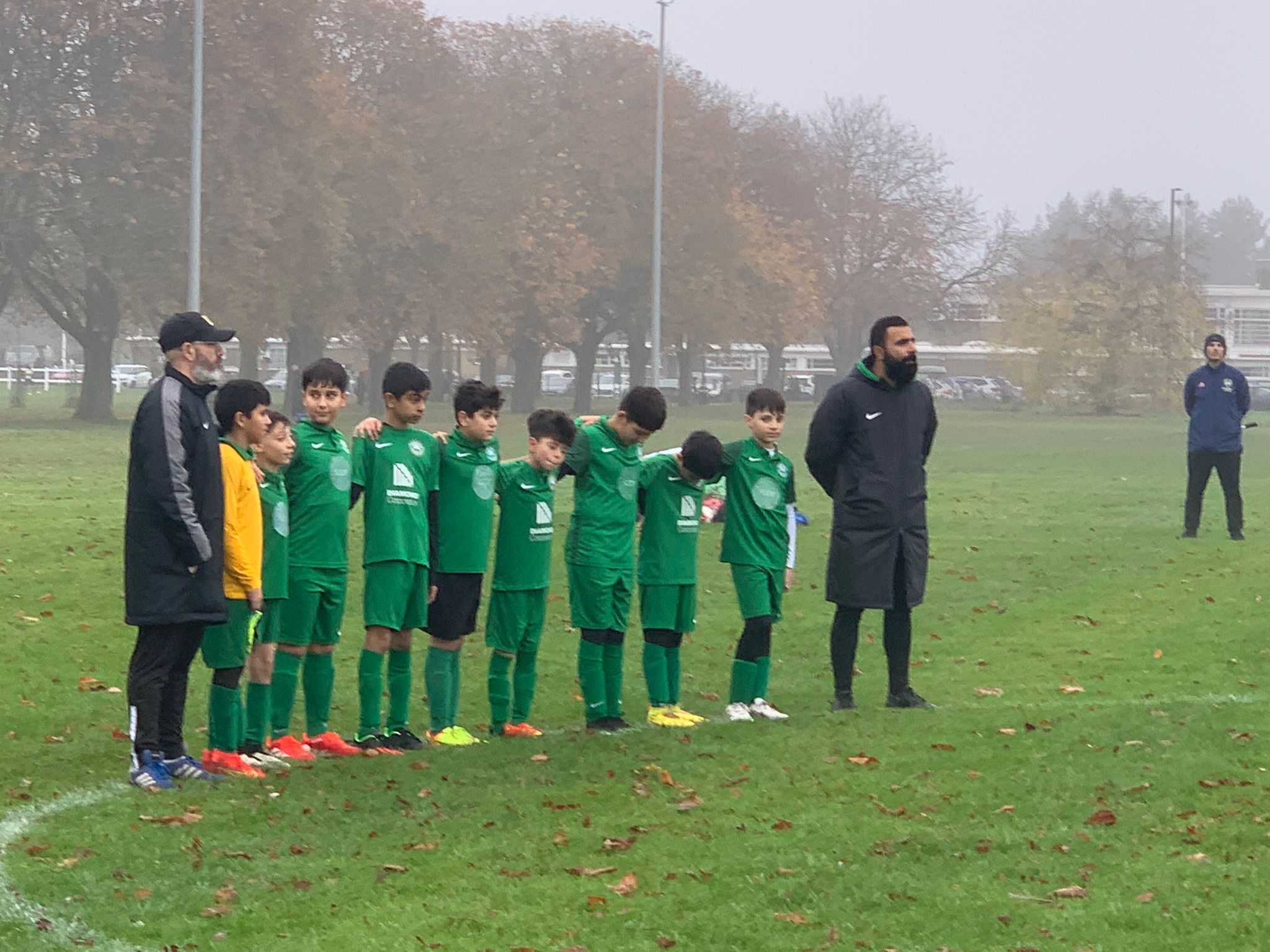 On 11 November 1918, the Armistice was signed, signalling the end of World War One. More than a century on, as with the rest of the country, the many teams of Omonia Youth FC, sponsored by Diamond Corp. Ltd all observed a minute’s silence on Remembrance Sunday before their matches.

Samuel Arthur and Sophia Karanicholas’ Under 15 girls won a tight match 3-2 to maintain their brilliant start to the season. In what was described as a ‘whirlwind of a game’ the Omonia Youth girls started off quite slow and were sloppy with the ball. Their marking and pace of play was not what it usually is and needed them to go 1-0 down as this served as the wakeup call they needed. Intensity ramped up and after some luck at 1-1 and a good reflection at half time, they went back into the second half a different team. Dominant possession saw the ball was predominantly in their opposition’s half. The girls we were much more physical and kept battling to the end and with a minute left on the clock, Mea B got scored a wonderful winner. Well done to all the girls for how they came together and lifted each other to get through the last ten minutes. Goals were scored by Mia A, Shekhinah and Mea B. Players of the Match was awarded to Soph T who came on as a substitute and elevated the team fantastically and to Mia A who put in a strong first half performance and pressed incredibly well.

Michael Pieri and Harry Theodorou’s Under 18 were in league action and back to winning ways. It was a controlled performance as the boys raced into an early 3-0 lead. Two excellent goals using things they have worked on in training was pleasing to see. The team should’ve pushed on from there and sealed the win early but the early dominance was punctuated by two lapses in concentration and opposition pulled it back to 3-2. Unperturbed the boys kept playing their football and scored a crucial goal just before break which made the half time team talk far easier. Another goal in the second half secured three points with a 5-2 win. Igor Gomes-Matos grabbed an impressive hat-trick, Captain Sami Hristov and Andreas Fereos got the other goals. Michael Mina was named Man of the Match for controlling the midfield, keeping the ball moving and rarely giving away possession. In all it was a thoroughly mature performance which was enjoyable to watch. Both teams observed the minutes silence before the match with the requisite respect.

Mike Koumi, Adam Broomfield and Panny Panayiotou’s Under 15 White dominated for large periods without making it count. Poor decision making in defence together with long balls in behind them cost them dearly in an error strewn match which they lost 6-1. Andrew his side’s only goal with Thomas named Man of the Match; the calmest player on pitch, who played well in three different positions.

Christian Noble and Mary Tryphona’s Under 12 Gold Tigers won 3-1 to register their first win of the season. What was most pleasing about the performance was the girls’ positive attitude and communication. The decided to honour last week’s “Silent Support” initiative and limited coaching to applause and encouragement. It therefore gave the girls an opportunity to improve their on pitch communication, and they did! After going 1-0 down within the first 5 minutes, the girls showed great resilience and responded impressively. They were able to organise themselves and began to control the game. It was great to hear so many girls finding their voices! After the first positional rotation, girls were the opportunity to develop different skills in different areas of the pitch and this resulted in three new goal scorers, with Gabriella (captain), Nadia and Zos all getting their first goals of the season. Girl of the Match was awarded to Lara who was commanding at the back and gave great communication throughout as well winning numerous 1v1 situations. There was also special mention to Zos, Gabriella and Lara for volunteering to help out in goal.

Chris Gregoriou’s Men’s Team who is sponsored by Crown Mobile Tyres and CMB Partners out on another thumping performance in the Middlesex Cup. Winning 7-2 it was a comfortable morning with five different players getting on the scoresheet. An early goal from Armen set the tone for a controlled performance and even being reduced to 10 men thanks to yellow cards made little difference to the result. Goals were scored by Marco Geremia (2), Chris Constantinou (2) Demitris Michalaris, Thomas Barry and Armen Gashi.

Like last week, Sophia Karanicholas took charge of the Under 12 Green Girls and yet again they produced an outstanding performance In only their second game they played incredibly well as a team and showed great determination, resilience and cohesiveness in addition there were individual displays of brilliance with many dribbles and skills on show. As team, the link up play was fantastic, plenty of shots on target while also pressing as a team. Well done to Melina for a last minute winning goal as the girls won 7-6. Player of the Match was awarded to Amelia who was very confident on the wing, never stopped running and after and after a request from her coach to get a few shots in, she made five attempts in the second half and eventually got a well deserved goal. Brilliant stuff!

Savva Zavros and David Poncia’s Under 18 Gold were in Challenge Cup action and out on a fantastic performance, beating a team a year older and from a higher division. The lads dominated the ball from start to finish and they played really well winning 2-1. Goals were scored by Man of the match Nathan and Vlad. 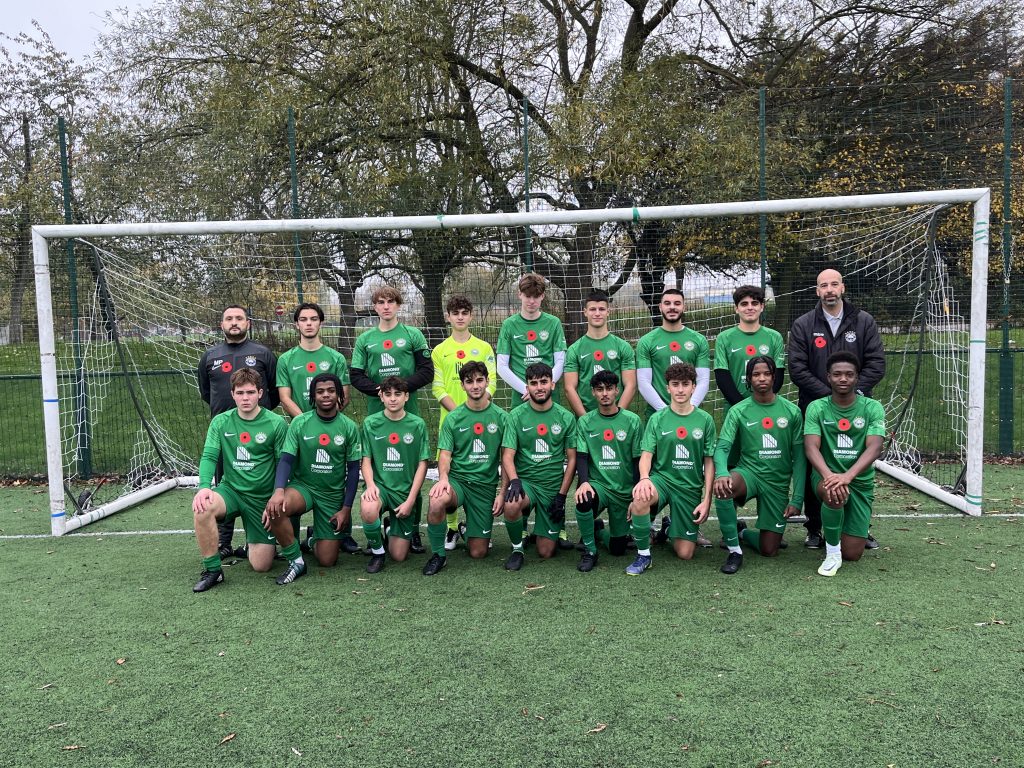 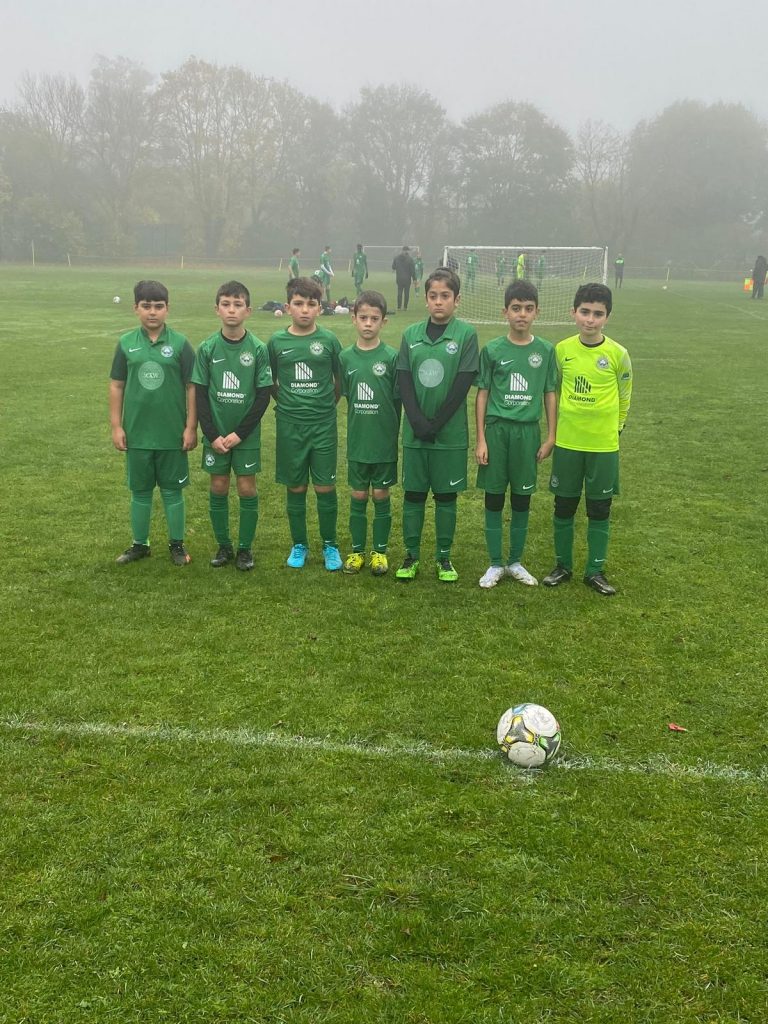 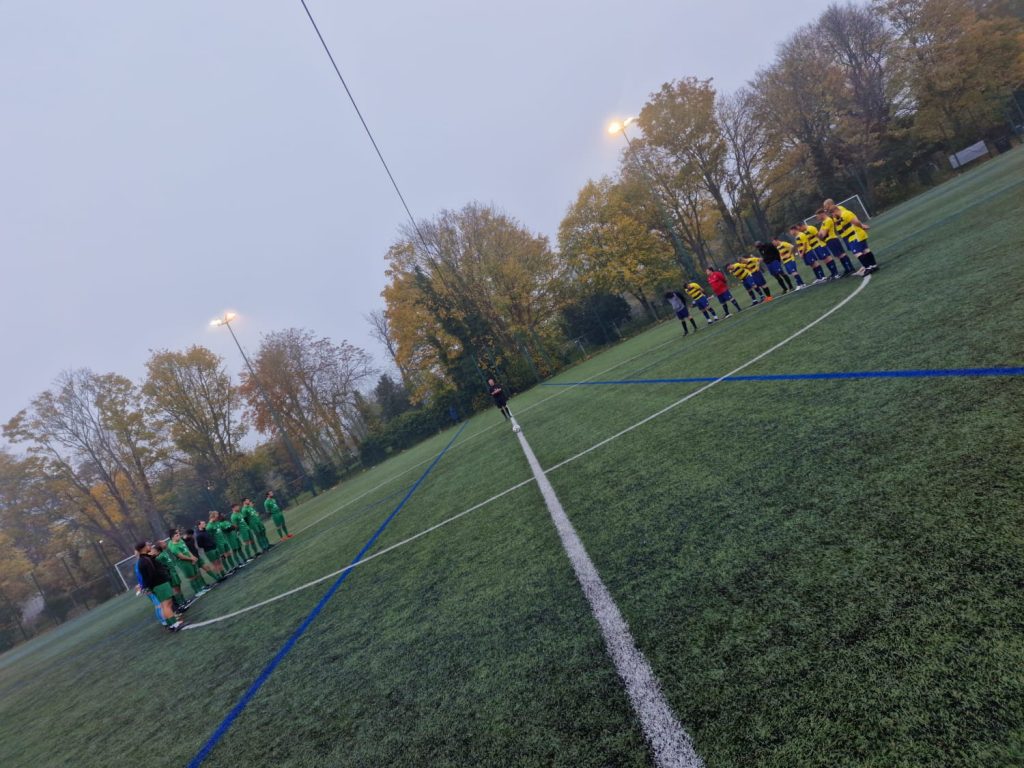 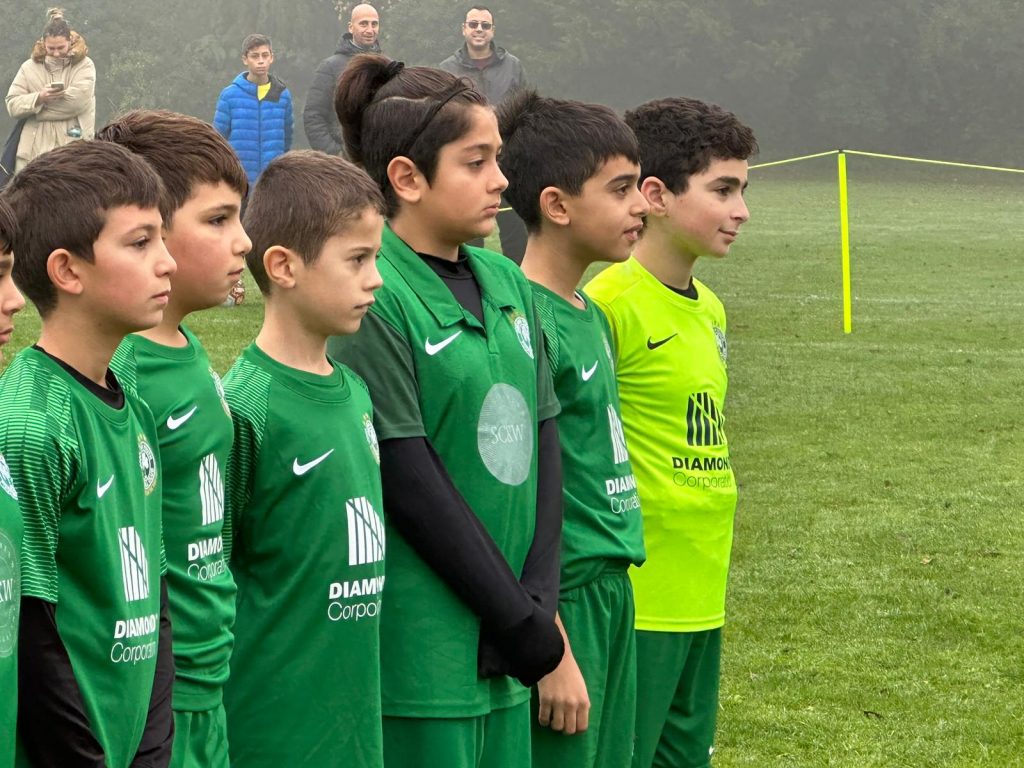 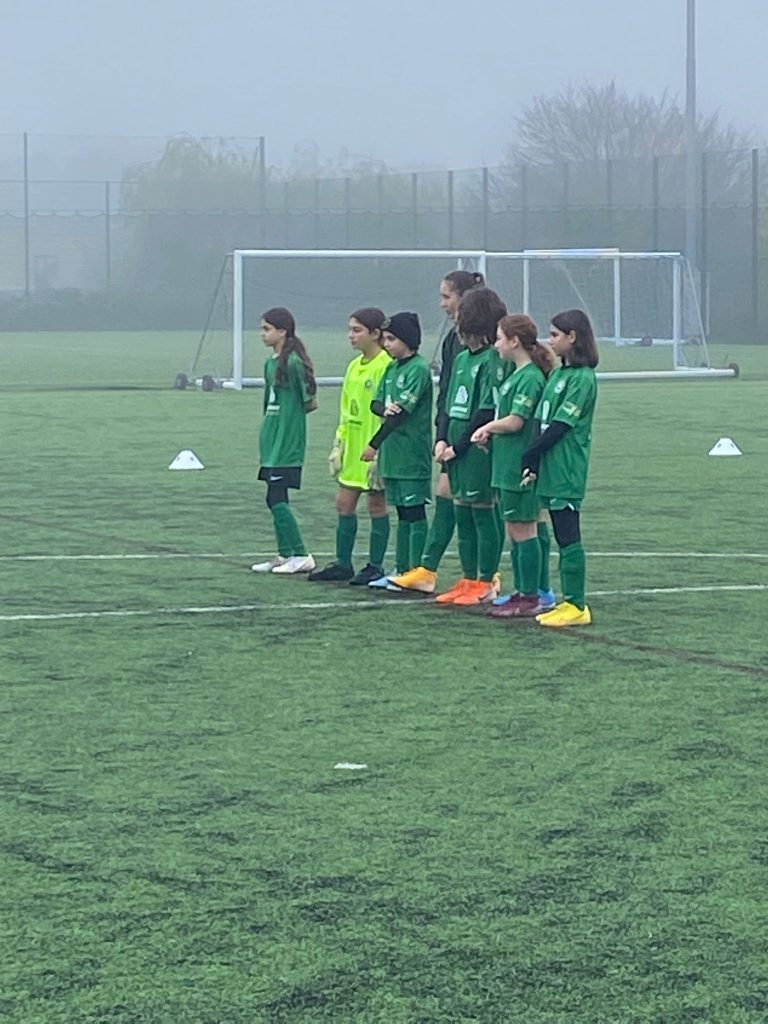 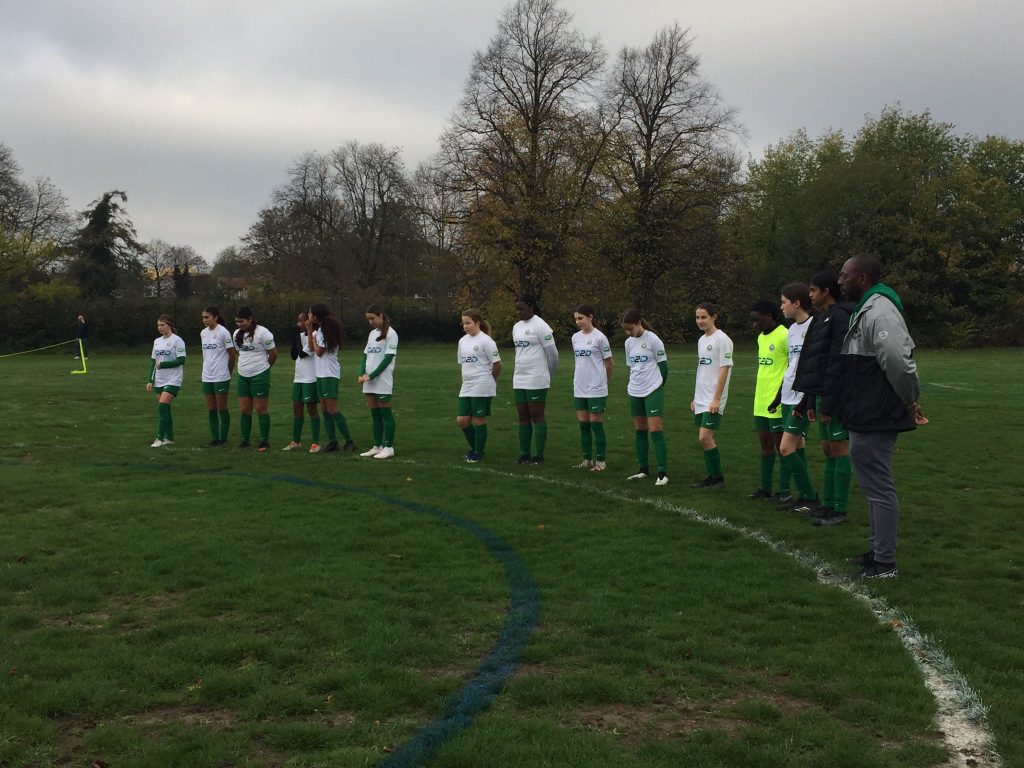 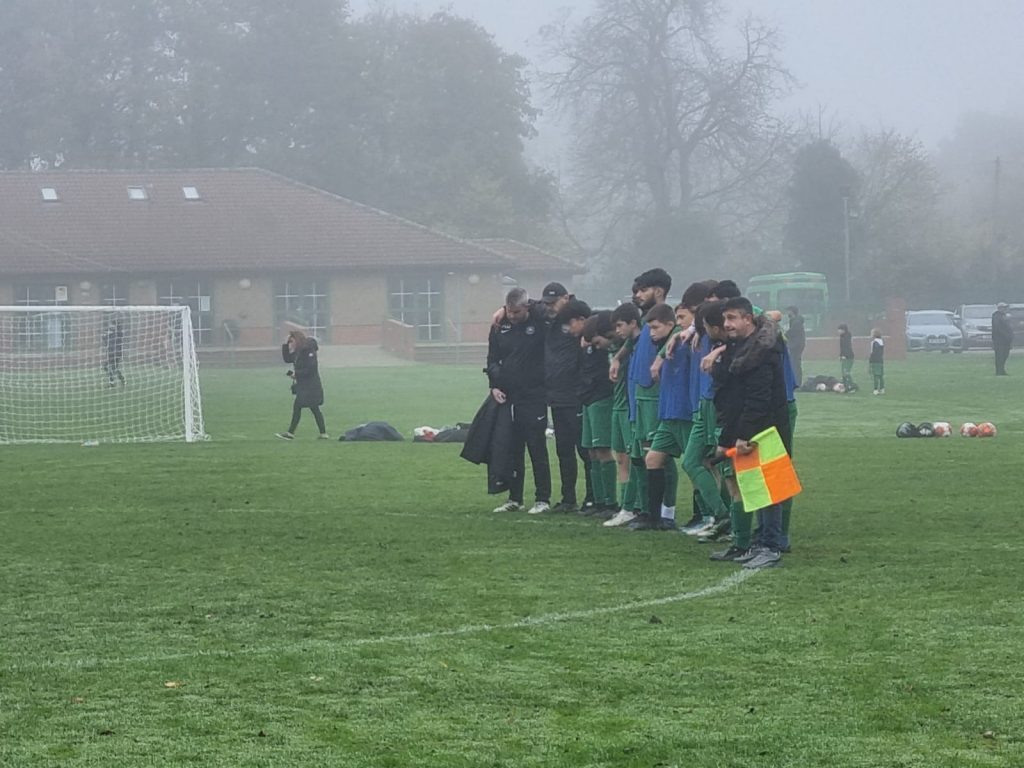 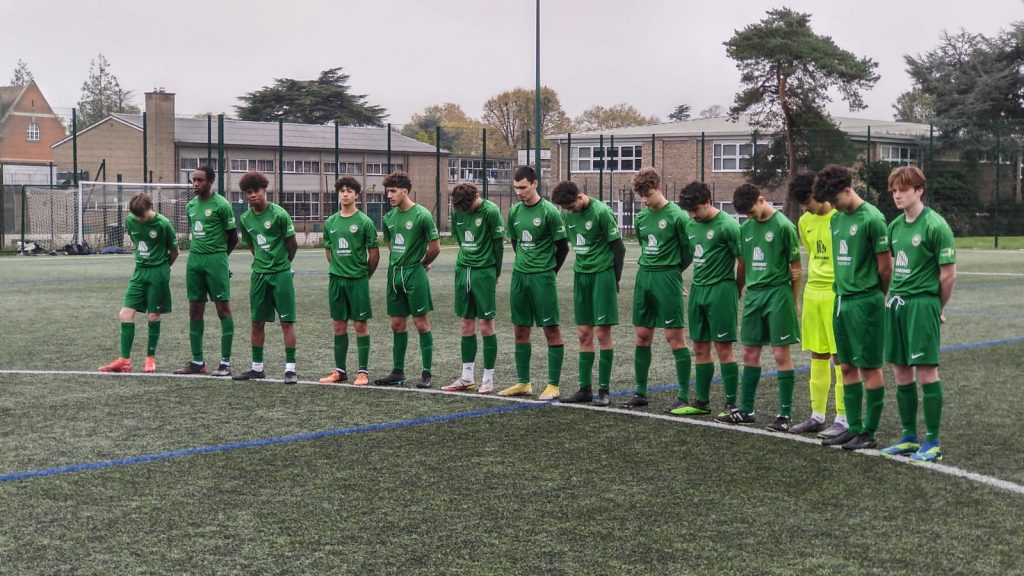