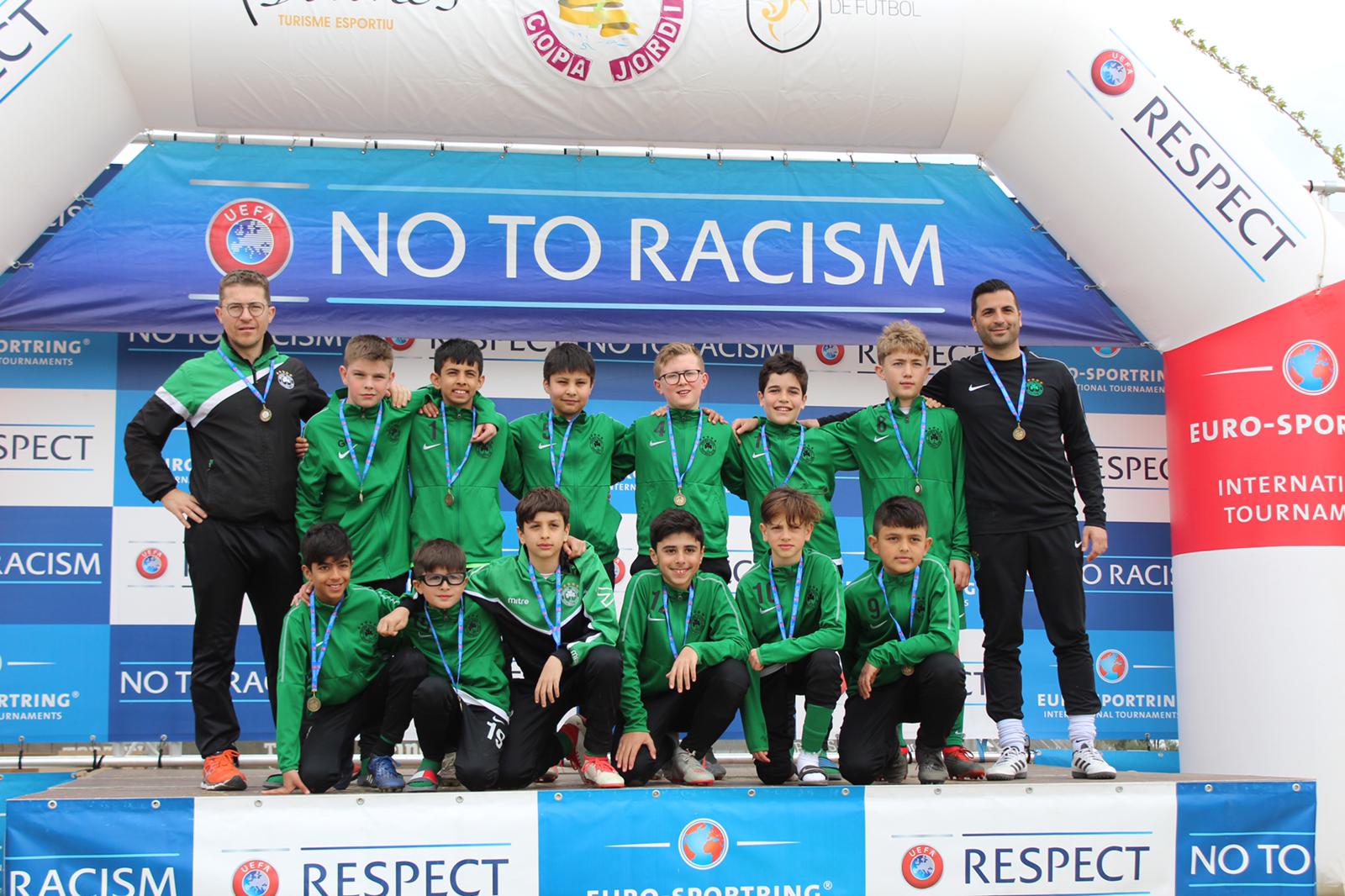 Camaraderie, community and team bonding were high on the agenda as two teams from grassroots club Omonia Youth FC, sponsored by PIA Financial Group and Philip Ross Solicitors, celebrated successful football tours which solidified friendships and brought back silverware too!

Omi Omirou and Stel Loizou’s Under 13 Green used the Easter break to take their team on a football tour to the Isle of Wight.

The team travelled together on the Friday and got to their destination where they relaxed in preparation for their first game in the morning. The boys however had other ideas and spent the first night exploring the holiday park!

On the Saturday morning the Under 13 Green kicked off the first of their scheduled four games on the day at 9am. After a predictable slow start and conceding the first goal, the boys showed great character to come back and win the game 2-1. In the second match they really hit their stride and won the game convincingly, scoring six unanswered goals. The third and fourth matches also yielded comprehensive victories, winning them 4-1 and 6-0 respectively. Impressively, the team quickly adjusted to the rigours of tournament and the short 11 minute match duration. At the end of day one, the Under 13 Green were top of their group thanks to four straight victories.

Day two started with another early kick off, playing the runners-up in the group from the previous day. It was another slow start but the boys dug deep and deservedly got the victory thanks to a narrow 1-0 win. The second and third games of the day were similar to the Saturday where the boys shook off their ‘late night’ fatigue and won them both 3-0 and 5-0. Having won all seven group matches, the Under 13 Green qualified for the final which consisted of first and second place play-off. Having already played and beaten the same team on the Saturday the boys showed no complacency as they romped to a 3-1 victory to end a great weekend on and off the field. The tournament victory was well deserved and the team received a number of plaudits over the two days for their style of football and great team bond.

Manager Omi was delighted with the team and the experience as he said: “It was a great weekend for the boys, parents and management team and to bring a trophy home was the icing on the cake. Come on Your Greens!”

George Constantinou and Robert Protei’s Under 11 Gold enjoyed an unforgettable football tour to Barcelona over the Easter weekend. Playing a year up and competing against Under 12 teams, the Under 11 Gold acquitted themselves superbly as they finished ninth out of 16 teams. The boys grew into the tournament and where they were at first overawed playing against older teams, they showed their quality and more importantly stuck to their principled approach to the game. Their biggest victories came against French and Italian opposition, which really gave the tournament an international feel!

The trip also saw the boys enjoy a tour of Barcelona’s famous Nou Camp Stadium as well as sampling the sights of one of Europe’s best cities.

Both tours fully embodied the ethos of the club where both sets of young footballers, thanks to the parents and coaching staff it help create wonderful memories and positive experiences. 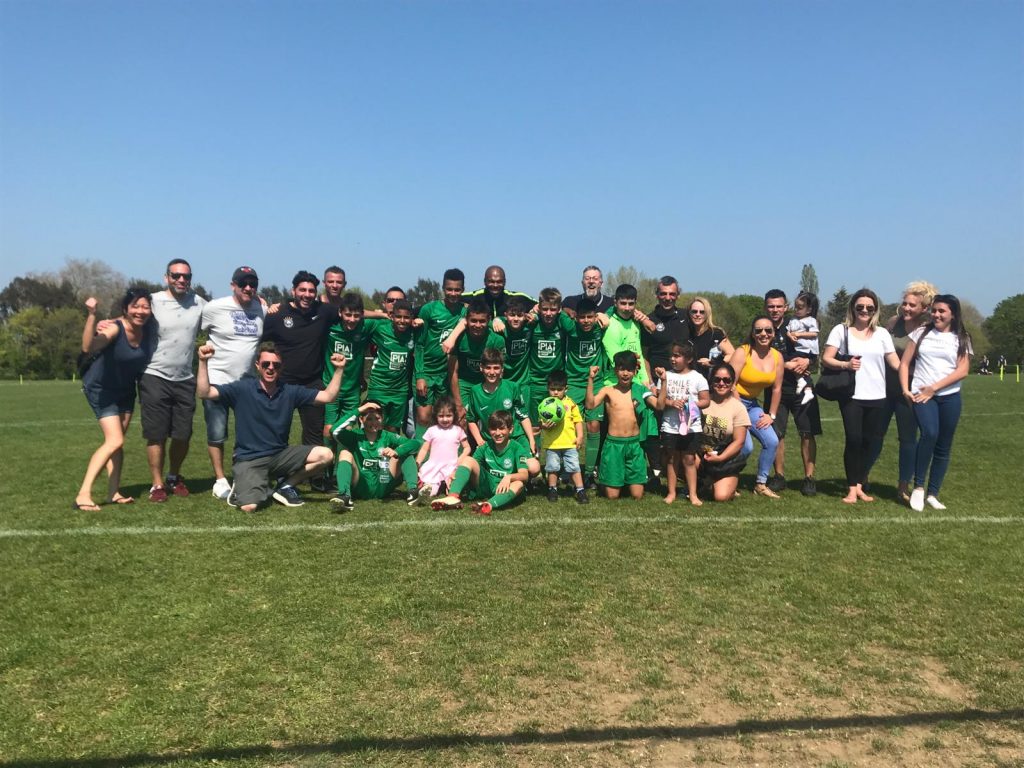 Under 13 Green parents, players and coaching staff during the Isle of Wight football tournament