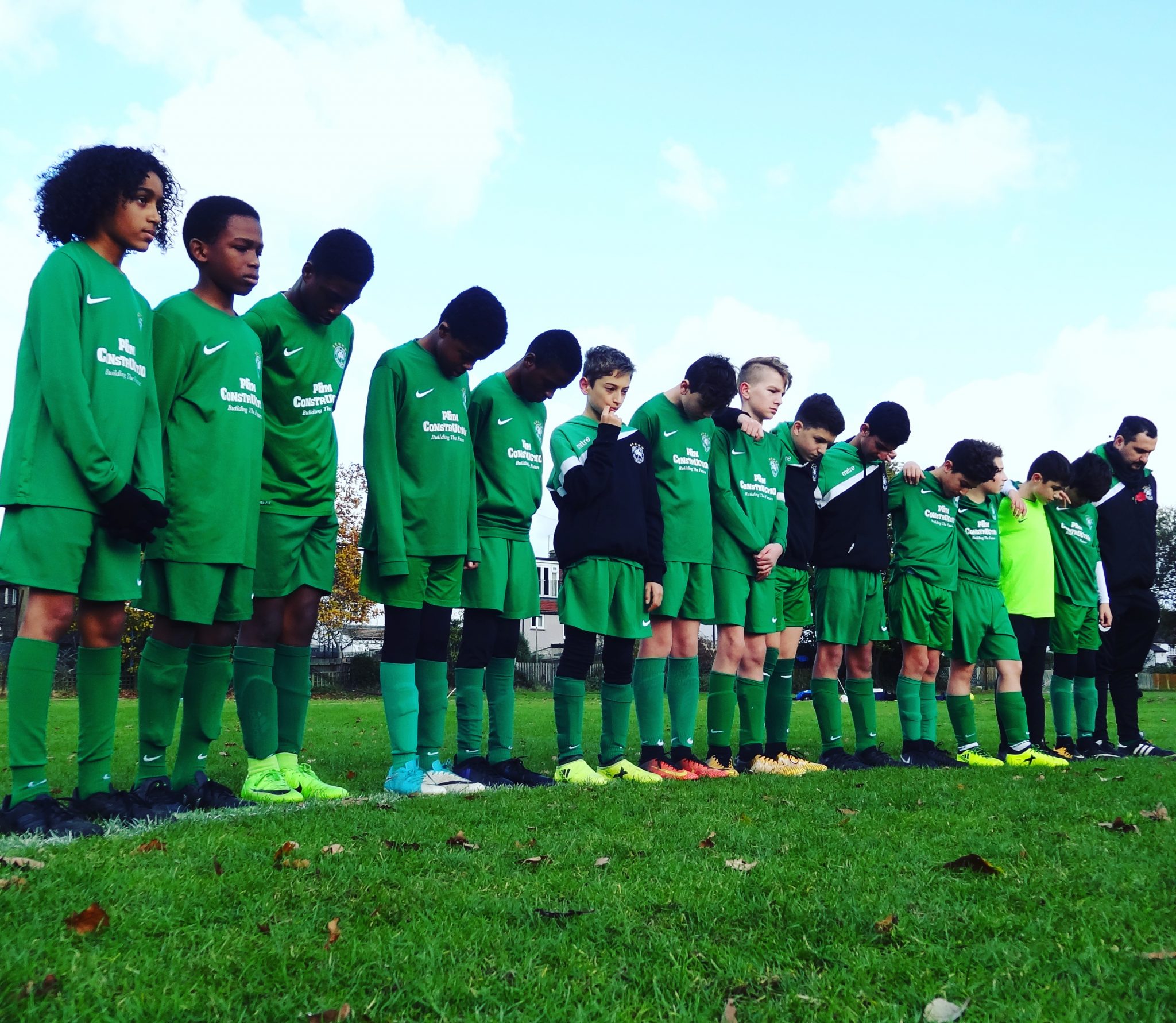 In term of the action, Omi Omirou’s U12 Green progressed to the next round of the County Cup with a comprehensive 9-1 win. Billy O, Louis L, Alex K, Luca A, Jamal M, Leo I were the scorers as well as an own goal. Billy was named Man of the Match.

Nick Georgiou and Kenny Gregori’s Under 15 White recorded their first league of the season with a great team performance winning 6-1. Nick said: “The boys were fantastic. They kept their shape and created many good scoring opportunities. A much needed boost for the boys!”
Scorers were Peter Michael (2), Theo Stavrou, Mateo Sarmiento-Motoa, Styli Chrysostomou and Antony Gregori who was also named Man of the Match.
Adam Demetri’s Under 12 Silver went down 3-1. In a tight game the team lost focus in the last ten minutes and conceded two goals. The goal was scored by Brodie with Georgi being named Man of the Match.
Demi Shiamishi’s Under 14 Green won 2-0 with Elia Stylianou and Julian Zelli getting the goals. Man of the Match was Nicolas Shiamishis in a hard fought victory played on a very muddy pitch.  Demi commented that the “…boys had to dig in deep and scored early in the first half before adding a second late in the game.  Nicolas Shiamishis showed some good skill and set up several chances which we could not convert.  The pitch did not help with the muddy areas contributing to a tense game.”
Michael Pieri’s Under 13 White lost their unbeaten league record after losing 5-3.
U13 White lost 5-3 having gifted the opposition at least three of their goals. Godwin Obeng, Sami Hristov and Emmanuel Onouha-Nzeh were the scorers with Kyle Ellis named Man of the Match.
In the County Cup, the Under 15 Green were defeated 3-0 in a hard fought game played at a high intensity. Coach Dean Dionisou described the game thus: “It was a tight first half which saw the Greens go 1-0 down to a dubious penalty at the end of the first half. We had an early chance to equalise in the second half with the opposition keeper pulling off a number of fine saves. Whilst chasing the game we conceded a second goal with ten minutes remaining.
The boys showed great character and spirit to keep pressing and created further two great opportunities to score after having an obvious penalty decision waved away and a disallowed goal. The opposition scored a third with minutes remaining. Ironically this was the U15 best performance of the season. A big thank you to Chris Gregoriou and his team for their support.” Man of the Match was Barsa Mirtahasebi with a solid midfield performance.

In what was probably a first for an Omonia Youth FC side, Nick Zimaras’ Under 18 White fielded three players who are sons of former Chairman at the same time (Antoni Kyprianou, Nik Matjilla & Charlie Constanti) as well as a former club Secretary’s son, Alexander Zimaras. Unfortunately they could not celebrate with a win as they went down 2-0 in an extremely hard fought game with the Under 18 White playing some superb stuff in the first half. A lack of cutting edge ultimately cost the team with the opposition scoring twice in the last 15 minutes. Nik Matjilla pulled off four outstanding saves and deservedly got awarded Man of the Match.  Manager Nick, despite the defeat said: “I’m already looking forward to next week!”
Chris Gregoriou’s Under 16 White lost 2-0 in what was described by manager Chris as “…probably our worst performance this season.” The performance was not helped by first half injuries to both full backs and two players being ill during the match forcing substitutions in the first half and having to move players around. However the boys kept plugging away but it wasn’t to be. Man of the Match was awarded to Alex Androutsos
Savva Zavros Under 12 Gold lost 4-2 after going into at half time 2-2. The team unfortunately gave away two easy goals which disheartened the boys and they never really recovered after that. Charlie Philippou and Leo Capsalis were the scorers with Charlie named Man of the Match.
George Pantellides and Alex’s Under 13 Girls played out an entertaining and end to end 2-2 draw Player of the Match was Magdalena Andreou with some tenacious defending throughout the first 35 mins. Omonia Girls started the better team and scored two early goals, both finished well by Emilia Pantelides. Goalkeeper Izzy Fanning made a brilliant triple save before the opposition came back into the game with a cracking finish at the near post. With the opposition attacking for long peroids during the second half the girls defended well for most of it, but let in a late goal after not clearing the ball, despite a few chances to do so. It was a fair and an entertaining game to keep the family and friends warm on the touchline!

Kyri Georgiou’s Under 16 Green lost 4-1 to Harvesters. The team were not quite good enough although they hit the woodwork twice before conceding
Man of the Match was Andrew Kirtsides. Yianni Polycarpou got the goal.
Omonia U15 beat NLFA 5-3 in a very fiercely fought game with lots of tension throughout. Youssef Habibi scored 4 and Michael Papa-Michael got the other one. Omonia went 2-0 up and then went 3-2 down only to give everything in the last 20 minutes to end up winning 5-3. A great fight back and a fantastic result.
Mike Petrou and Kyri Haili’s Under 14 White won 3 -0 after two weeks without a game. The boys did not get out of first gear which is a shame as these are the games they need to be more ruthless with to improve their goal difference.
Goals were scored by Louis Petrou and Hoa Xin. Man of the Match was awarded to Adam Bloomfield.