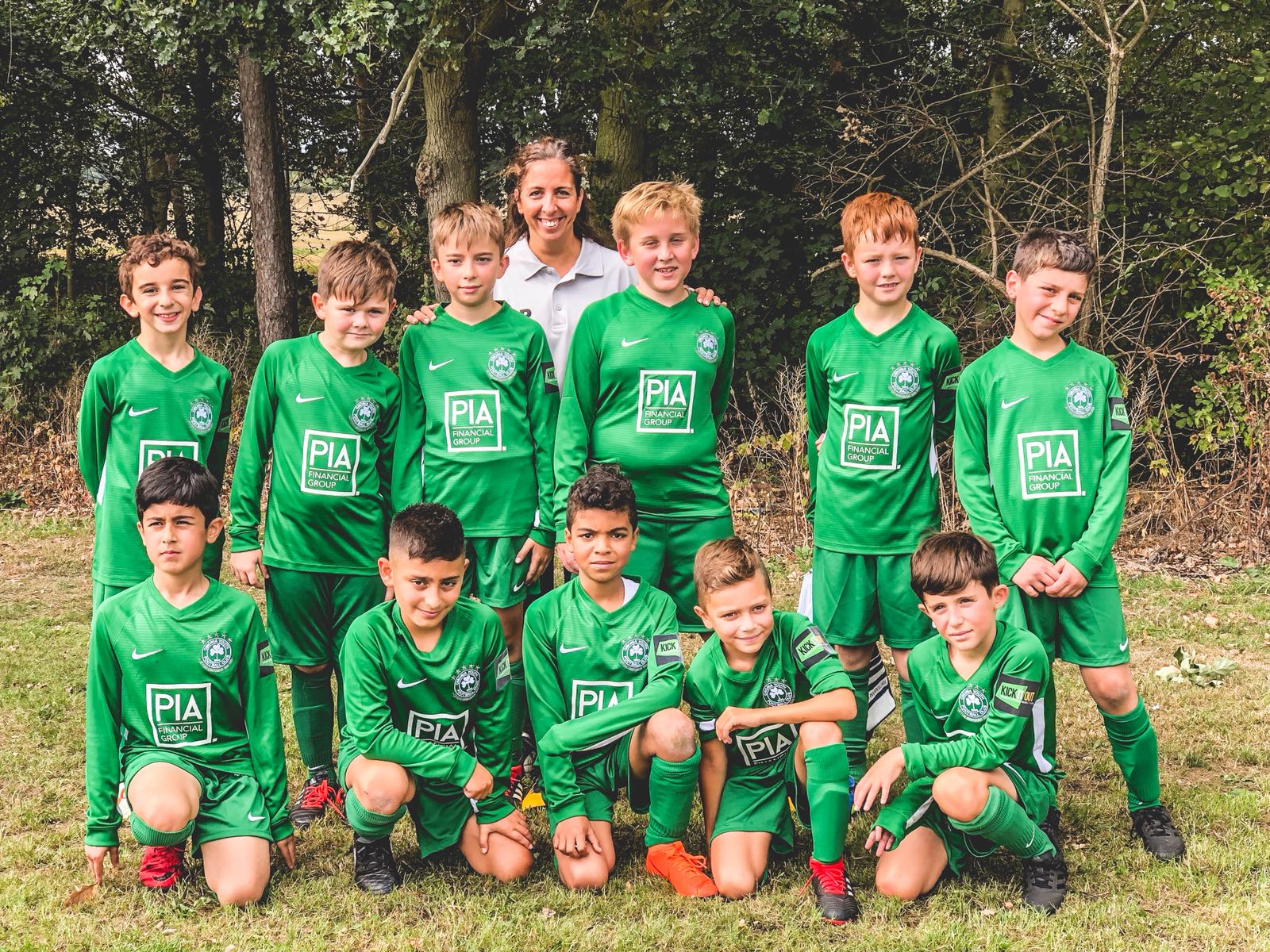 Community football club Omonia Youth FC, sponsored by PIA Financial Group and Philip Ross Solicitors, had many of their teams in County Cup action last week with some stunning results but also some near misses.

Chris and Jimmy Mousicos’ Under 14 Gold won 2-1 in the Middlesex Cup thanks to goals from Kaden Njogu and Thomas Mansaray. Thomas shared the Man of the Match awarded with Lewie Francis; Thomas for an outstanding individual winning goal and Lewie for an outstanding game changing save.

It was yet another committed performance by Savva Zavros and David Poncia’s Under 13 Gold who won a very physical encounter 3-1. The team’s togetherness and proficient footballing display more than played a part in their victory. Goals were scored by Louis Brown (2) and Max Albrecht with Matthew Stavou earning the Man of the Match award.

Omi Omirou and Stel Loizou’s Under 13 Green progressed to the next round of the Middlesex Cup with a dominant 5-1 win Stef P (2), Ibra M, Luca A and Mikey O got the goals with Billy O named Man of the Match.

Dino and Nick Georgiou’s Under 16 White narrowly lost 1-0 in the Middlesex Cup in a very tight game. Some great football was played however the Under 16 White didn’t manage to put away the chances they created and in the end lost when the opposition scored the penalty they were awarded. Man of the Match was Lyon Theocharous.

Kyri Georgiou’s Under 18 Green came up against an excellent opponent and lost 4-1 in the Cup. The boys did very well in difficult conditions in a very competitive match. Yianni Polycarpou scored the goal with Anthony Kyprianou named Man of the Match.

Mario Christoforou and Nick Lingis’ Under 14 Green went goal crazy as they easily swept aside their opponents, winning 16-1. There were seven different goal scorers;

Panos Papa-Michael, Andy Michael and Elia Constanti’s Under 15 Gold gave a strong performance as they won 10-0 to progress to the next round of the Middlesex County Cup.

Goals from Andrew Christofi (3), Youseff Habibi (3), George Constanti, Michael PapaMichael, Zack and Tom with Andrew Christofi given the Man of the Match award for an all action midfield display.

In league action Michael Pieri’s Under 14 White couldn’t get back to winning ways and rued many missed goal scoring opportunities. Having taken the lead and dominating their opponents, two sloppy goals were conceded which meant they went chasing the game and eventually lost 3-1. While aesthetically pleasing to watch and good performance from all the players, it was their opponents who went home with all three points. Goal was scored by Santino Raia and Man of the Match was Kyle Lapompe.