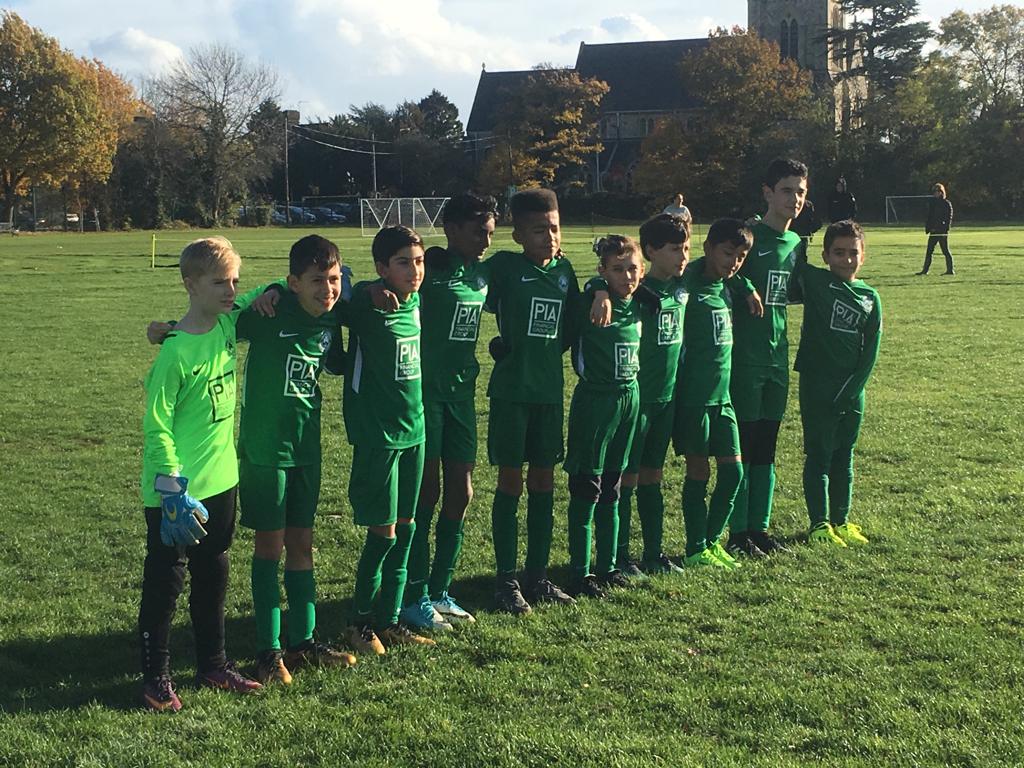 George Sammoutis and Harry Theodorou’s Under 14 Silver won again. Even though it was a sluggish performance, they were too good for their opponents and won 5-2.

Gabriel, Ben, Rohan, Aryan and Lucien got the goals with Joe named Man of the Match.

Kyri Georgiou’s Under 18 Green also won again, winning a tight game 4-3. Having dominated the first half, the Under 18 Green playing some lovely football and creating plenty of chances could only come away with a 2-1 half time lead. The second half was an altogether different story as their opponents came out with a vengeance their good approach was rewarded with two deserved goals which put them ahead for the first time in the game. It remained 3-2 to the home team until the 85th minute when the Under 18 Green equalised and then deep into injury time scored the winner. It was a fantastic game of football played with a great attitude by both teams. Goals were scored by Antonio Panayiotou, Stelios Mina, Leonidas Brotherton and Solos Souris with Nick Minas named Man of the Match.

Mario Yiasemi’s Under 12 Gold notched their fourth league victory in a row with a 3-0 win at home. The boys played very well in the first half scoring three goals with the second half a story of missed chances.  Arda (2) and Mete got the goals with Arda also named Man of the Match.

Mario Demetriou, Johnny Othona and Elvis Leon’s Under 12 Green were beaten in their Challenge Cup tie 6-3.

Nick Georgiou’s Under 16 White were 3-1 losers away. There was plenty of effort from the boys but it wasn’t enough and silly errors gifted chances to the opposition and at the same time they couldn’t convert their chances into goals. Apostolos Tziatzios got his sides only goal with Stefanos Kizas named Man of the Match.

In the Challenge Cup Michael Pieri’s Under 14 White narrowly lost 2-1 to a very organised and talented side who play a division higher. Goal was scored by Alfonso Rosselli with Michael Nicola named Man of the Match for his outstanding contribution at left full back.

Also in the Under 14 Challenge Cup, the derby between Green and Gold resulted in the Chris and Jimmy Mousicos’ Gold beating Nick Lingis and Mario Christoforou’s Green. Rayen Haboubi, Thomas Mansaray and Gianluca Rosiello got the goals with Rayen named Man of the Match.