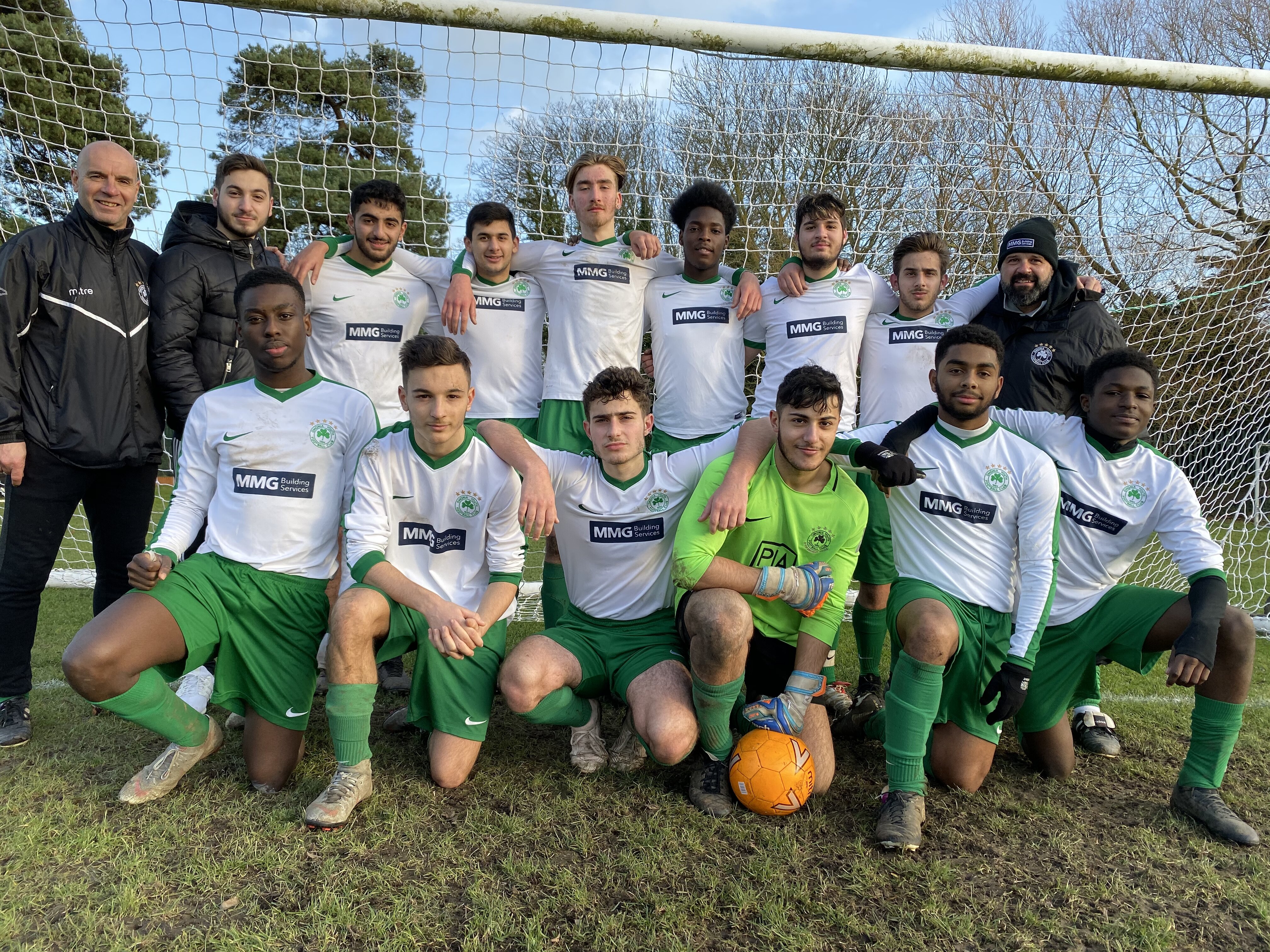 After the winter break, community grassroots club Omonia Youth FC, sponsored by PIA Financial Group and Philip Ross Solicitors, saw many of their team back in action in their match of 2020.
Two Under 18 teams started their final year as Omonia Youth FC teams and both recorded encouraging performances and important wins. Kyri Georgiou’s Under 18 Green played away and quickly went a goal down very early in the game and were still losing 2-1 at halftime. The Under 18 Green went further behind with only 30 minutes to go but hard work and quality prevailed as the boys turned the game around to run out 5-4 winners. Goal scorers were Yianni Polycarpou (3), Sabri Gashi and Antonio Panayiotou. Man of the Match was awarded to Ellis Charalambous.
Chris Gregoriou’s Under 18 White also started the year with a win by 4-3. Even though there were plenty of rusty performances, there were also some strong performers in key areas, which made the difference even after going 1-0 down against the run of play. Once the team found their form, they played some really good football in key areas but frustratingly still gifted the opposition a couple of goals. There were three individual performances to note; the goalkeeper was outstanding as he made some top notch saves. A special mention too to Chris Yiannitsarou who was on fire creating lots of opportunities and finished the game with three assists and was also unlucky not to score a goal but the performance of the day was Man of the Match Steven Wright who scored all 4 goals as well as hitting the post and crossbar too.
The club’s other Under 18 team, who are actually an Under 17 team, also put in an excellent performance to start the year positively. Nick Georgiou and Dino Savva’s Under 18 Gold put in a strong performance against one of the division’s top contenders. The boys gave their best and played some good football creating many chances to score. Some unfortunate errors allowed the opposition to get back into the game and in the end it was the opposition who were relieved to come away with a point. In the 2-2 draw, Peter Michael got both goals with Harry Vassiliou named Man of the Match.
There were mixed results in the Under 15 age group. Nick Lingis and Mario Chrsitoforou’s Under 15 Green continue to impress and currently sit second the table thanks to a comprehensive 5-0 home win. Cameron (2), Georgios, Jack and Amaan got the goals with the whole team named as Man of the Match thanks to a dominant performance.
Michael Pieri’s Under 15 White started their 2020 with a credible draw against their strong opponents but they could so easily have been celebrating all three points. The boys dominated possession for large parts of the game and led twice only to be pegged back each time in a 2-2 draw. The team created plenty of good chances but just could not finish off their opponents who currently sit second in the table. Goals were scored by Noel Allen, who dispatched the penalty he won expertly, and he was also on hand to assist Igor Matos-Gomes’ goal. Man of the Match was awarded to Christo and debutant Andreas Stavrinou who were both calm and assured.
Adam Demetri and Evagoras Madrides’ Under 14 Silver unfortunately had to play on a bog of a pitch, which made it very difficult for the team to play their usual flowing football and it was no surprise that they were 1-0 down at half time. However, a rousing half time talk with some changes made saw the team go out for the second period in a positive frame of mind and completely turn the game around as within 10 minutes the Under 14 Silver were 6-1 up! The final score was 9-2 with Man of the Match Brodie scoring seven, Jardel scoring his goal for the club and Nikola A getting the other one.
Mario Demetriou, Johnny Othona and Elvis Leon’s Under 13 Green came up against a team who earlier in the season had knocked them out of the cup by winning 7-2. This was an altogether different game as the boys were amazing showing desire and character and were unfortunate not to come away with more from the game as they were narrowly defeated 4-3. Goals were scored by Nat, Alex and Josh with Parris named Man of the Match.
Zeno Vryonides and Vas Simou’s Under 12 Green had a tough away game to start the new year and with key players absent, it was a difficult game for all. Pleasingly the team stepped up and showed resilience, bravery and courage as they went on to win 2-1.
Robert Protei and George Constantinou’s Under 12 Gold also took all three points thanks to a 4-0 win with a controlled performance. The team recovered the ball well and they were solid at the back. When they went forward they attacked in numbers, speed and precision to score four excellent goals from Pablo (2), Joseph and Antony. Man of the Match was George Marcou for an outstanding defensive midfield performance.
Savva Zavros and David Poncia’s Under 14 Gold booked their place in the Junior League Cup semi-final with a gritty 1-0 win thanks to a well organised and disciplined display. Dominating and maintaining possession was key with Jon getting the winning goal.
Should you feel enthused and want to know more about Omonia Youth FC, you can contact the club at omoniayouthfootballclub@hotmail.com, via the contact page on the club’s website www.omoniayouthfc.com as well as following the club on twitter @OmoniaYouthFC and Instagram @omoniayouthfc1994.