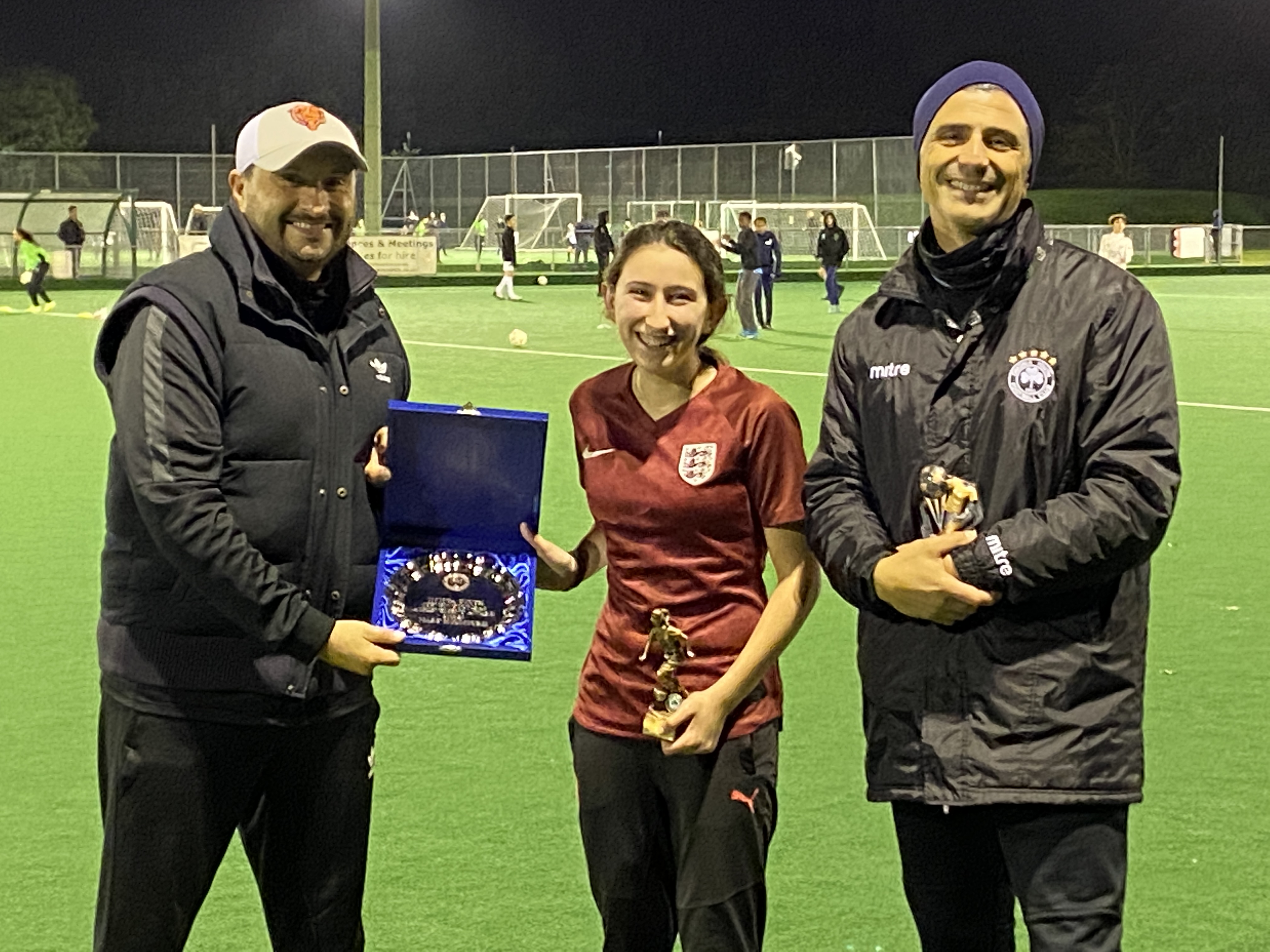 Community football Omonia Youth FC annually host their annual Presentation Day after every season. Unfortunately due to lockdown restrictions this was not possible at the end of last season and it denied the opportunity for the club to come together and celebrate the successes and positive experiences for that season. Nevertheless, the club’s many teams have held their own individual award days since lockdown was lifted. On Friday 9 October it was the turn of the Under 16 Girls team who held their presentation day at Southgate Hockey Club after their weekly training session and it also gave the club the opportunity to present one of the club’s significant awards.

The Steven Toumbas Achievement Award is a special award named in memory of one of the club’s former players, Steven Toumbas, who in December 2008 died suddenly at the tragically young age of 20 years old. Since this unfortunate and very sad time, the club dedicated an annual award in memory of his name. The Steven Toumbas Achievement Award can go to any player or person associated with the club whereby nominations by managers and subsequent review by the committee will be assessed.

As always, the decision who to present this award to is difficult with a number of nominations considered, but this year it was felt that the nomination made by Girls Under 16 coach George Pantelides was very worthy and touched the committee.

In his speech to present the award, Chairman Michael Pieri said:

“We always hear about children being resilient, being strong, and having the ability to take things in their stride. But we don’t always see it or hear about it. George made us aware of one such case. This year’s Steven Toumbas Achievement Award recipient is a girl who has had to overcome some struggles, seen her mum diagnosed with a serious illness but who has never waivered in continuing to be the best that she can be. It has been a very tough time for her but she has remained committed to her football, continued to be positive and hardly missed any training or matches. She has been described as ‘a truly inspirational story’. It is therefore with great honour that I present the 2020 Omonia Youth FC Steven Toumbas Achievement Award to Mary Koumouris.”

Both Michael and George presented the award to Mary in front of her watching teammates and parents. (see photo) 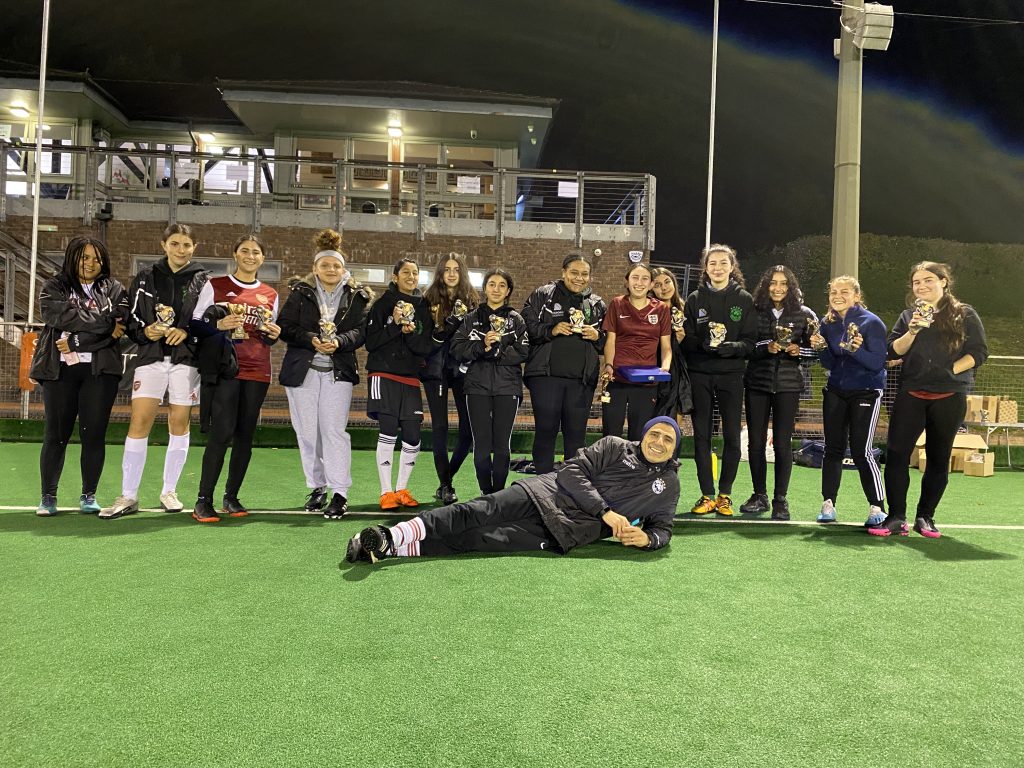