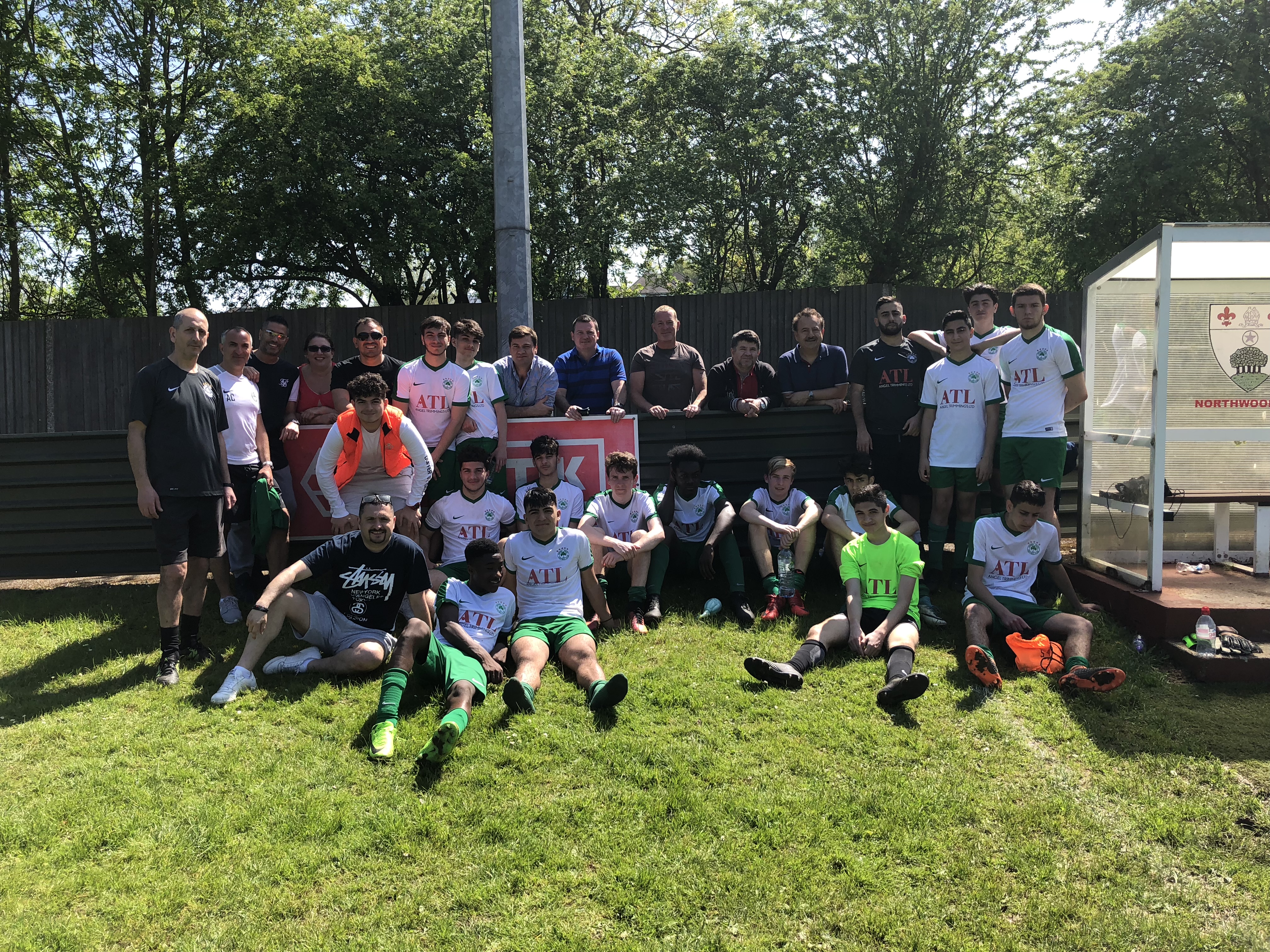 As the season reaches the final week of the season many of the teams from community football club Omonia Youth FC, sponsored by P&M Construction UK Ltd, have still got much to play for.

Two teams were in midweek action last week with Michael Pieri’s Under 13 White ending the season strongly. Having gone behind within the first minute of their match, they then proceeded to dominate possession playing football as they have been taught. The Under 13 White ended up winning 4-2 but the final score could’ve been more emphatic as they hit the woodwork and had other chances go begging.

The match was played in a positive and sporting manner with both sets of players, coaches and parents appreciative of the football that was played in glorious sunshine.

Goals were scored by Tana (2), Eray and Sami with Tana named Man of the Match.

Omi Omirou’s Under 12 Green won a tough midweek macth 2-1 to stay in contention for the league title. Goals were scored by Jamal M and Leo I. Man of the Match was given to the whole team.

On Sunday, Mike Petrou and Kyri Haili’s Under 14 White were involved in a ten goal thriller as the points were shared in a 5-5 draw. Goals were scored by Alex Theoharous (3), Adam Curran and Louis Petrou. Alex was awarded Man of the Match after scoring a hat trick.

Nick Georgiou and Kenny Gregori’s Under 15 White were comfortable 3-0 winners at home. Scorers were Peter Michael, Apostolos Tziatzios and Styli Chrysostomou with Alex Panteli named Man of the Match.

Continuing their fine form and march towards the title Omi Omirou’s Under 12 Green earned another three points as they won 4-1. Goals were scored by William G (2), Jamal M and Luca A who was also the Man of the Match.

Performance of the weekend came from Savvas Zavros’ Under 12 Gold’s as they thumped their opposition 9-3. There were five different goal scorers: Ky Zavros (2), Callum Howley (2), Leo Capsalis (2), James Carter (2) and Tayla Aydin. James was named Man of the Match.

Adam Demteri’s Under 12 Silver made it a clean sweep for the age group as their last game of the season saw tehm win 2-1 away.  This was their eighth straight win as the team showed the development they have made this season. Goals from Brodie and Nicola with Panayioti Demetri named Man of the Match.

Kyri Georgiou’s Under 16 Green ended their league campaign with a satisfying away win. Having dominated the first half and played some lovely football, they deservedly went 2-0 up. Complacency saw the opposition score late in the first half before they scored s deserved equaliser with 15 minutes. This forced the Under 16 Green to go up a gear and they duly responded and got the winner. Goals were scored by Andreas, Jamal and Michael with Andreas named Man of the Match.