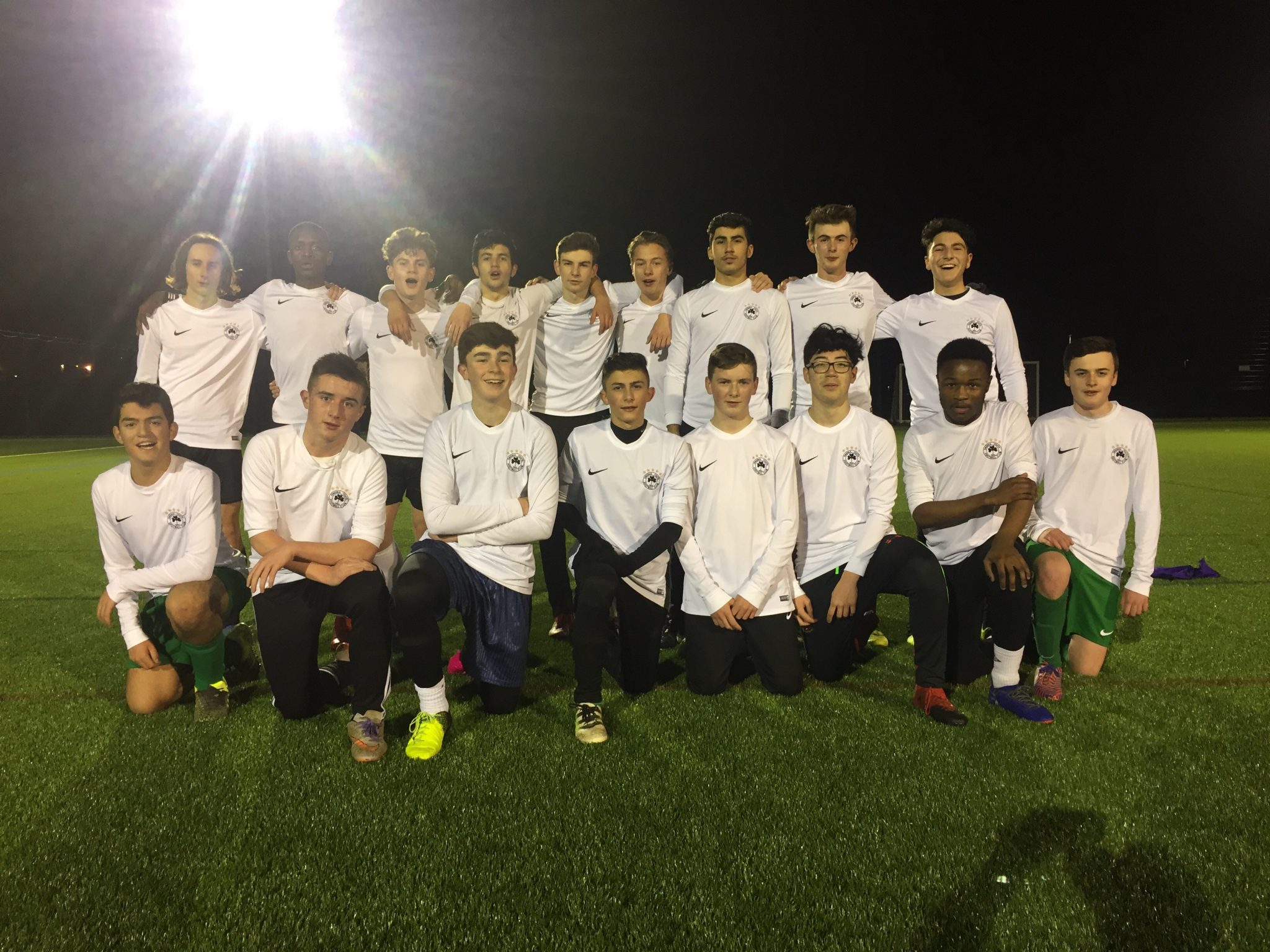 Community football club Omonia Youth FC, sponsored by P&M Construction Ltd, are delighted to announce the launch of their new website. Built by Rob Sarna (@robsarna) the website gives the club a fresh online presence. Every team is represented, there is information about the club, it’s ethos and news stories from weekly matches and events. This is just the start with an online shop to be added shortly.
Chairman Michael Pieri said of the site: “It is brilliant. Not only is it beautiful, but it is easy to navigate and very functional. I want to thank Rob for his hard work and his vision. As a football fan himself, Rob had a clear idea of what the site needed to look like and how it needed to work in order to maximise impact for the club and for the users of the site.” Check the site out for yourself at www.omoniayouthfc.com.
During last Sunday’s competitive matches, there were plenty of positive results and exceptional performances from the many teams of Omonia Youth FC.
Chris Gregoriou’s Under 15 White had a tough game in the Spring Plate but came through to win 1-0. It was a match where the White’s had to be patient and show resilience as they had to break down a stubborn and well drilled opposition. The all-important goal came from Michael Patsias who was also named Man of the Match. Elia Constanti’s Under 16 Green won their match in the Spring Shield by 4-2 in an excellent performance. Goals from Christian Medina (2), Daniel Phillippou & Amelio Georgiou. Man of the Match was given to the whole squad.
It was double delight for the Under 16s as Nick Zimaras’ Whites bounced back from recent disappointing results to win 4-3 in the Spring Cup. Carlos & Joe Cannon with two goals each. Joe Cannon was named Man of the Match. The Whites were taking on a team from the Red Division but weren’t daunted by this despite missing their regular and substitute goalkeeper. After 6 years at the club Alexander Zimaras went in goal for the first time. Unfortunately, it wasn’t long before he was picking the ball out of the net, but this did not deter the Whites, who fought back to equalise with a fine goal from Carlos Simao. An injury to Angelos saw the Whites have to make an early change, and this pushed Joe Cannon into the centre of midfield. A few minutes later he added Omonia’s second to see the Whites lead 2-1. However, the opposition showed their resilience and quality by equalising, and even when Omonia scored a third, again through Joe Cannon, the opposition broke on the counter attack to make it 3-3, which was how the half ended.  The second half was very even with both sides looking for the winner and carving out a few chances each. Midway through the half, a fine solo goal by Carlos Simao sealed a 4-3 victory and saw the Whites start off their Spring Cup campaign with 3 points. An enjoyable game played in a very sporting and competitive manner.
Nick Lingis’ Under 12 Green kept up their challenge at the top of the table with a 3-1 win. It was a great performance by the boys as they were trailing 1-0 with less than ten minutes to go. The team showed great character to score late. Goals were scored by George Androutsos (2) and Georgios Christoforou. George Androutsos was named Man of the Match.
Michael Pieri’s Under 12 White suffered a rare league defeat as they lost to a late deflected goal against tough opposition. Man of the Match was awarded to Kyle Lapompe.
George Sammoutis and Harry Theodorou’s Under 12 Silver also tasted defeat as they lost a nine-goal thriller 5-4. Joshan scored a hat-trick and was awarded Man of the Match with Joe getting the other goal.
In the Mid Herts Premier League, the Under 14 Greens narrowly lost 3-2 in a fantastic game of football. They were 2-0 down with five minutes to go, but showed great character to come back to 2-2 only to lose to what was the last kick of the game. George Stasi got both goals with Michael Kleopa named Man of the Match. Demi Shiamishi’s Under 13 Green lost 5-3 but the team showed brilliant spirit. They gave a good performance against the division’s best team.
Andy Charlalambous’ Under 14 White beat a team two divisions higher in the cup 2-1 in a tight and gutsy game. Both goals scored by Man of the Match Luis Qamite.
Should you feel enthused and want to know more about Omonia Youth FC, you can contact the club at omoniayouthfootballclub@hotmail.com, via the contact page on www.omoniayouthfc.com, follow the club on twitter @OmoniaYouthFC and Instagram @omoniayouthfc1994.