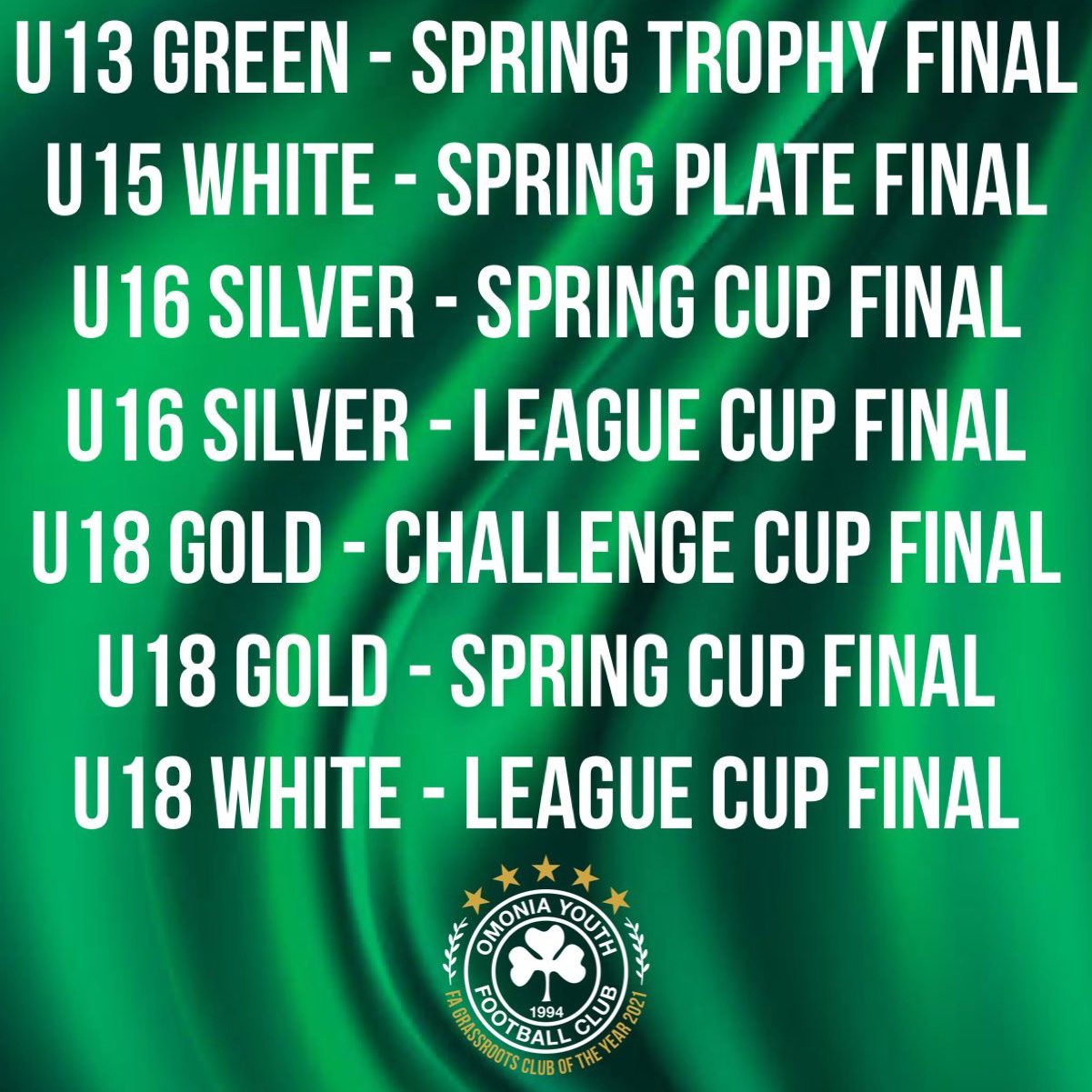 Over the next two weeks, community grassroots football club Omonia Youth FC will are involved in seven Cup Finals; a fantastic achievement for all those involved.

The Cup Final details are below. All the cup finals will be played at Harevester FC, Oaklands Lane, Smallford, AL4 0HR. The club, its players and coaches would be delighted if the community can come out and support the teams.

The Men’s Team, who are sponsored by Crown Mobile Tyres and The Master Locksmith, will be hoping seven finals are eight as they play Panathinaikos in the KOPA Challenge Cup Semi-Final on Sunday 8 May. Kick-off is at 12pm. That match will take place at Enfield Grammar 3G pitch.