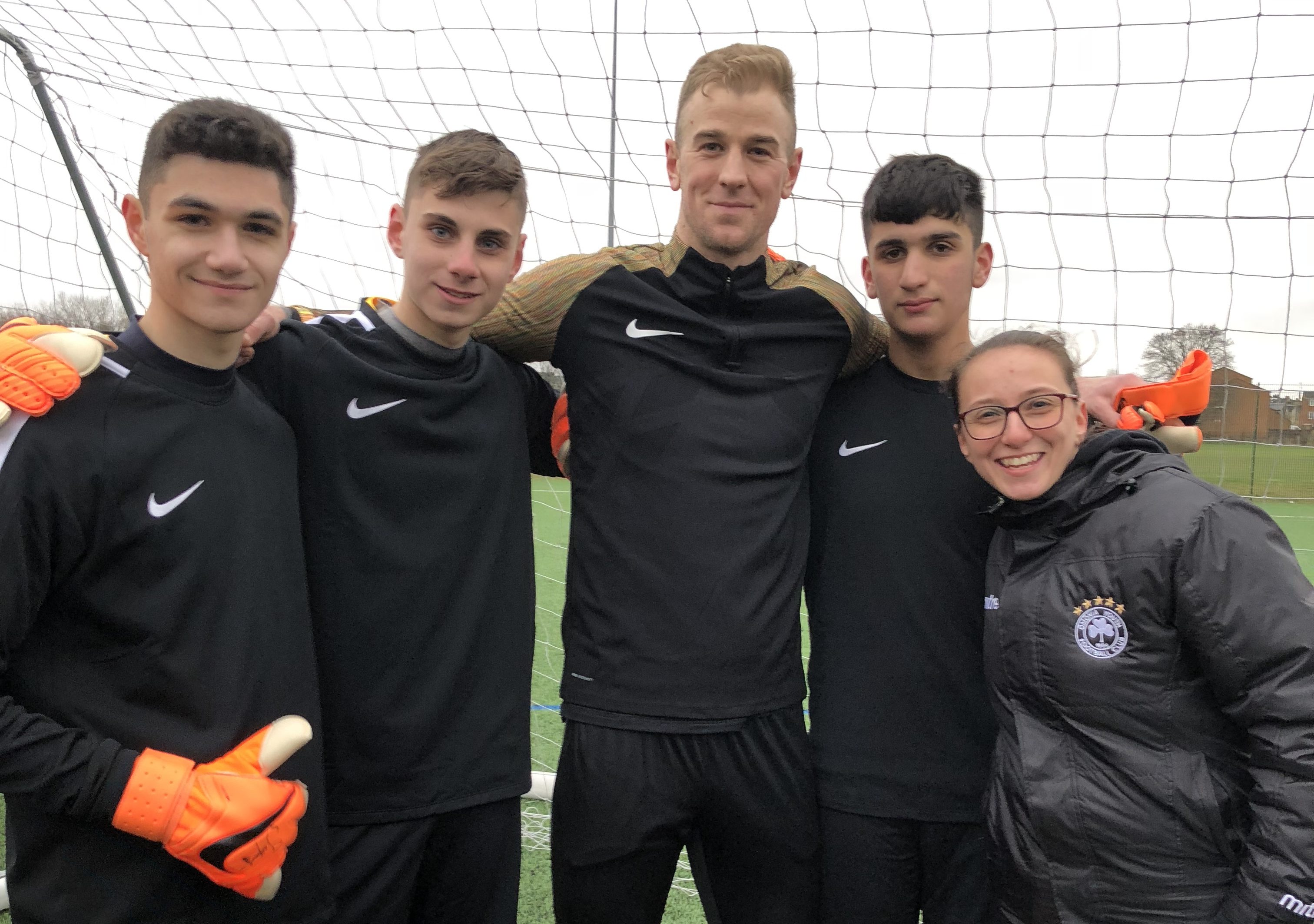 The day was organised by Nike as Omonia Youth FC are a Nike Partner Club. All three goalkeepers were put through their paces and the day afforded the three goalkeepers a fantastic insight into what it takes to make a top class goalkeeper. The young goalkeepers also got to test new football boots yet to be released and got had the opportunity to ask Joe Hart questions. The England international was generous with his time, talking to the players, signing autographs and posing for photos.