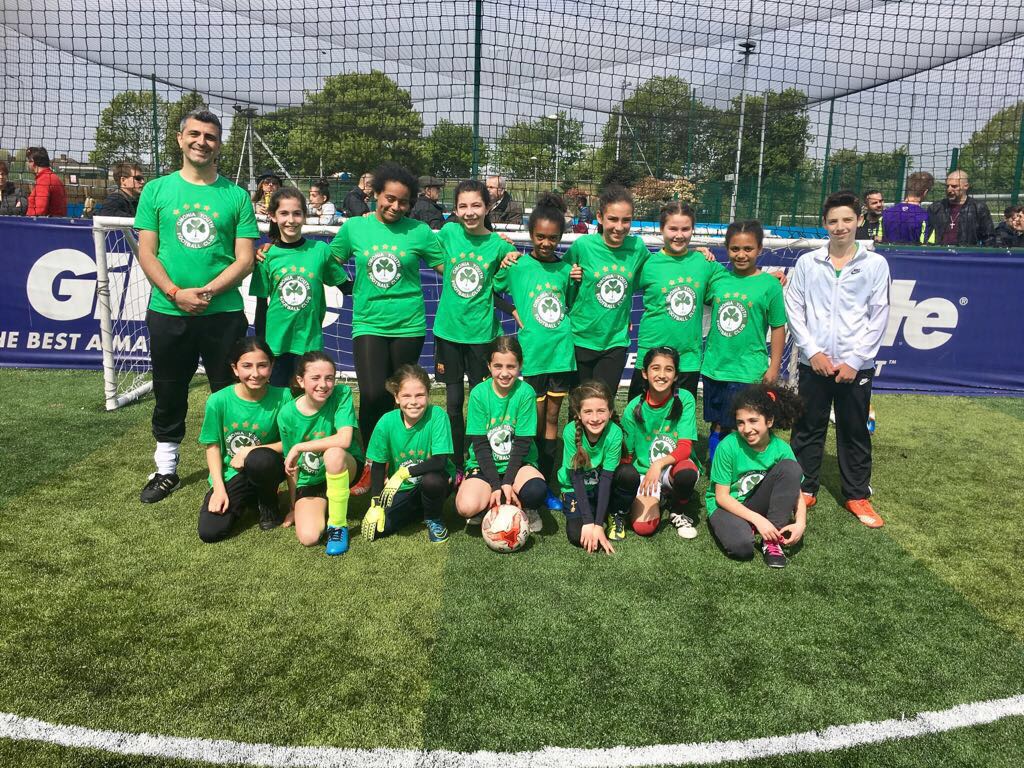 George Pantelides, the coach of the girls’ only squad at Omonia Youth FC, was delighted as he took charge of his team for their first ever match.

It was a fantastic run out for the girls who have been training hard all season to get ready for competitive action. The girls should be proud of themselves after playing really well and scoring eight goals against an established team. The opposition they played had won their league this year but the Omonia girls held them at 5-5 at the end of 30 minutes of football.

In all, the team played for over an hour, played in three periods. Score wise the game got away from the Omonia girls by the end of the third period but it was a fabulous learning and development opportunity for the girls, their coach and the parents.

George also praised his 14-year old assistant Alex who has been helping with training this year too. Goals were scored by Zoe Leahy (hat trick), Ellie, Aza, Gina Zavros, Emilia and Aleesa.