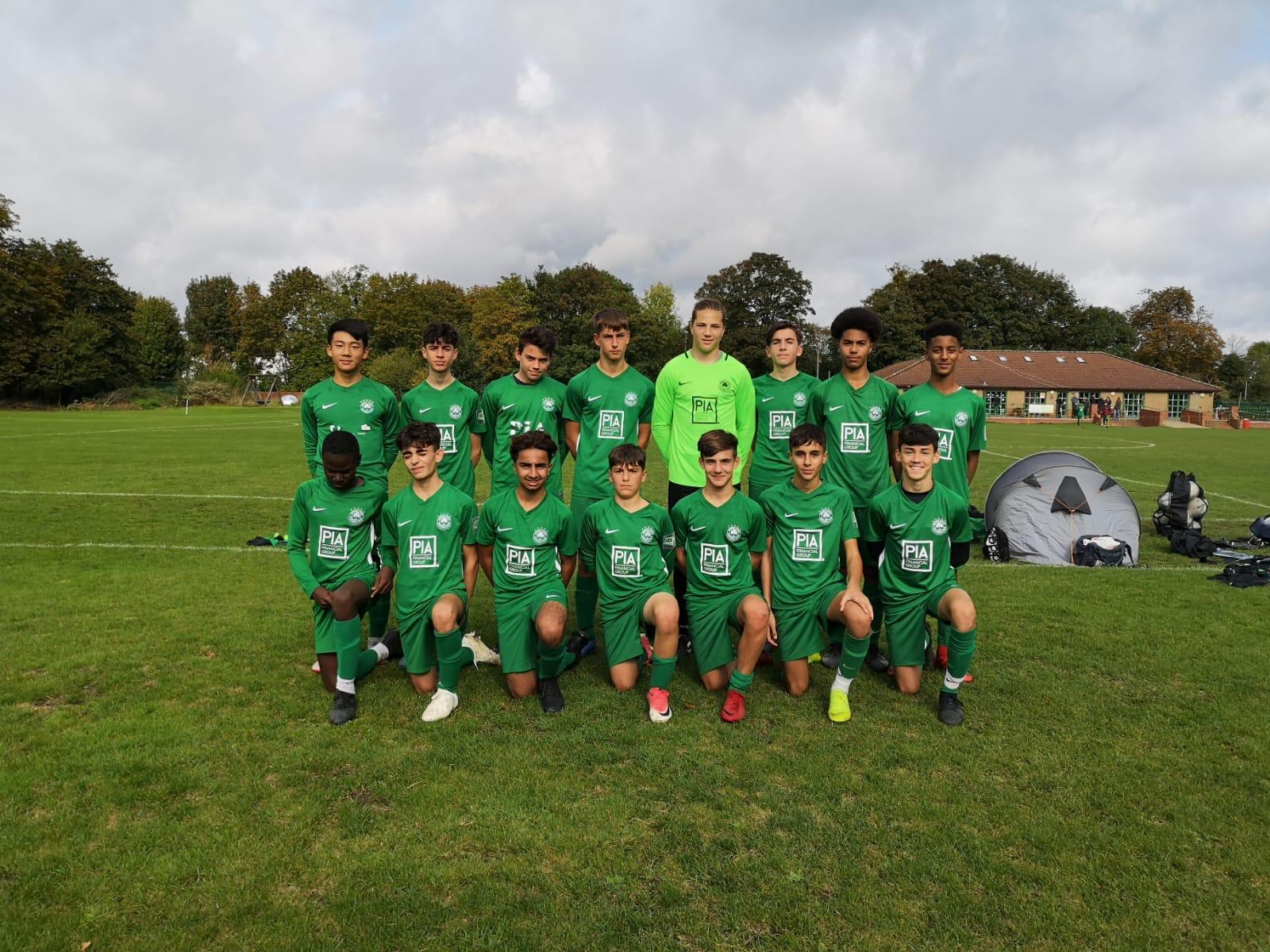 Community grassroots club Omonia Youth FC, sponsored by PIA Financial Group and Philip Ross Solicitors, was celebrating another weekend of excellent results with coaches proud of what they are seeing on the pitch by their young footballers.

Nick Lingis and Mario Christoforou’s Under 15 Green had two reasons to celebrate last weekend as they won matches playing on Saturday and Sunday. On Saturday they won 4-1 with Man of the Match Nick P getting a goal along with Josh, Cameron and Joe K. On Sunday they narrowly defeated their oppomebts 2-1 with goals from George A and Cameron. Nathan and Georgios C were named Man of the Match.

Michael Pieri’s Under 15 White were also winners, scoring seven in a 7-4 win. There are still some things the team need to work on but it was an excellent display as the team created so many goal scoring opportunities. Some of the build-up play was lovely to watch and led to some crowd pleasing goals.

Birthday boy and hat-trick herpo Alfonso Rosselli was named Man of the Match. The other goals were scored by Noel Allen, Emmanuel Onuoha-Nzeh, Kyle Ellis and captain Sami Hristov.

Still with the Under 15 with Chris and Jimmy Mousicos’ Under 15 Gold. They continued the fantastic football and are being rewarded with plenty of goals too. This time in the league cup they ran away with the tie winning 6-2. Goal scorers were Man of the Match Liam H (2), Louis G (2), Vansh K and Robin K

Mike Petrou and Kyri Haili’s Under 16 White drew their match 3-3. Louis Petrou (2) and Oresti Bali getting the goals with Alex Theoharous named Man of the Match.

Barrinton Dutton’s Under 16 Green comfortably won their league match 5-1. They were dominant throughout and scored some good goals. Goal scorers were Julian (2), Savva, Sami and Louis H. Man of the Match was Nicolas with some great wing play and assists.

In the Under 18 age group, Chris Gregoriou’s Under 18 White were defeated in a match were too mistakes proved very costly and injures to four key players didn’t help. Goals were scored by Nick Gregoriou and Man of the Match Anthony Akinyemi

Kyri Georgiou’s Under 18 Green also won and kept a clean sheet in the process. In another fin performance, the Under 18 Green scored eight unanswered goals to win 8-0. Goals were scored by Man of the Match Yiannis Polycarpou (4), Solos Souris, Micheal Speers,, Antonio Panayiotou and Denis Gradica.

Zeno Vryonides and Vas Simou’s Under 12 Green narrowly by the odd goal in three as they went down 2-1. Having played the better football a few too many mistakes cost them the game. Alec got the goals with Georgie named Man of the Match playing his first game for the team.

Robert Protei and George Constantinou’s Under 12 Gold started slowly and went 1-0 down very early but they kept themselves in the game and ended up winning the game 2-1 in the last five minutes. It was a good result in the end but they made hard work of it.

Mike Koumi and Adam Broomfeld’s Under 12 White continue their strong start in the league with a 4-2 win. Having conceded first against the run of play the boys fought back with an equaliser and then another goal before half time. They went further ahead early in the second half before conceding again and had to endure lots of pressure before they wrapped up the win and the three points with their fourth goal. Goals were scored by William (2), Chris, and Demetri with Demetri named Man of the Match after scoring his first goal for the team.

Savva Zavros and David Poncia’s Under 14 Gold produced an excellent display of possession football against well matched opponents. It was a game of end to end action and at 2-2 at half time, it was anyone’s game. In the second half saw the boys stepped up gear finally outscoring their opponents 6-4. Goals from Man of the Match Louis (2), Jon, Nico, Valantis and Leo.