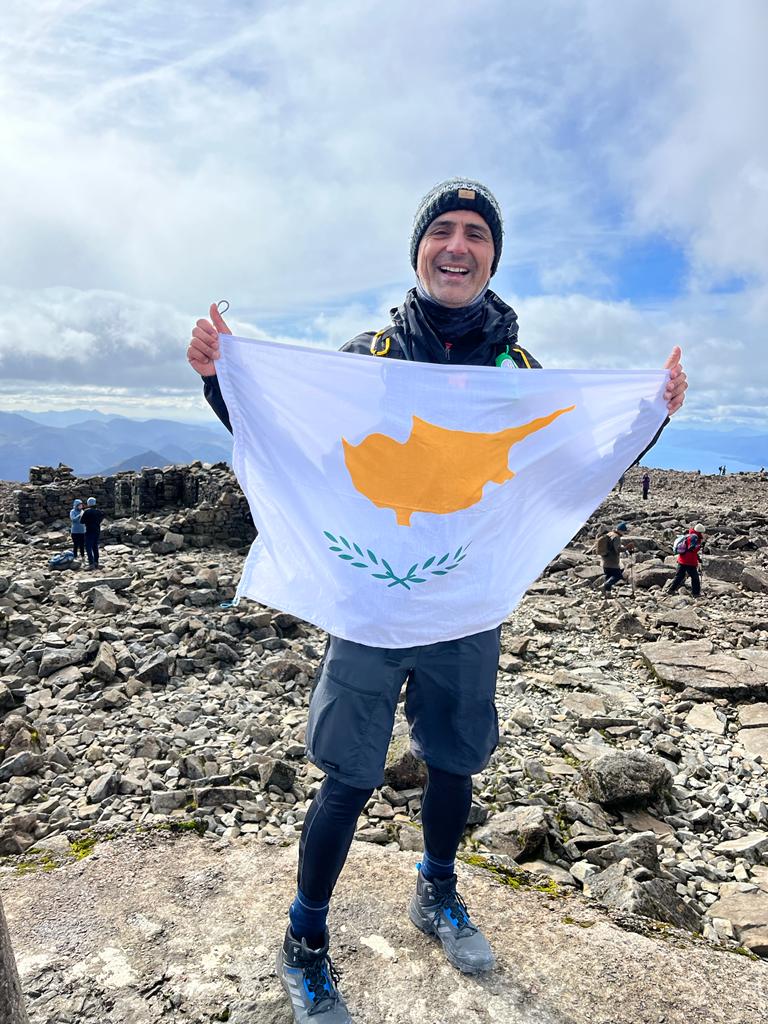 George Pantelides,  Omonia Youth FC Under 18 girls last week took on the three highest mountains in the UK for the charity Dementia UK.

George’s father-in-law, Mr Savvas Shakallis suffered from Dementia and Parkinson’s Disease before he sadly passed away in January 2021, so this was a challenge that George completed in Savvas’ memory and honour.

The ‘Three Peaks Challenge’ is a climb, which includes reaching the summit of Ben Nevis, the highest mountain in Scotland (and the UK), Scafell Pike, the highest in England and then Mount Snowdon, the tallest peak in Wales. This is competed over three consecutive days.

George completed this challenge with 15 work colleagues who have raised over £10,000 for their respective charities collectively.

After completing the gruelling challenge, George said: “…although this was very physically and mentally demanding, the euphoria at completing it was unforgettable. I am sure Savvas would have been very proud.”

Should you wish to contribute to the charity George was climbing for, please see the link below: https://tinyurl.com/mr2j2nbr