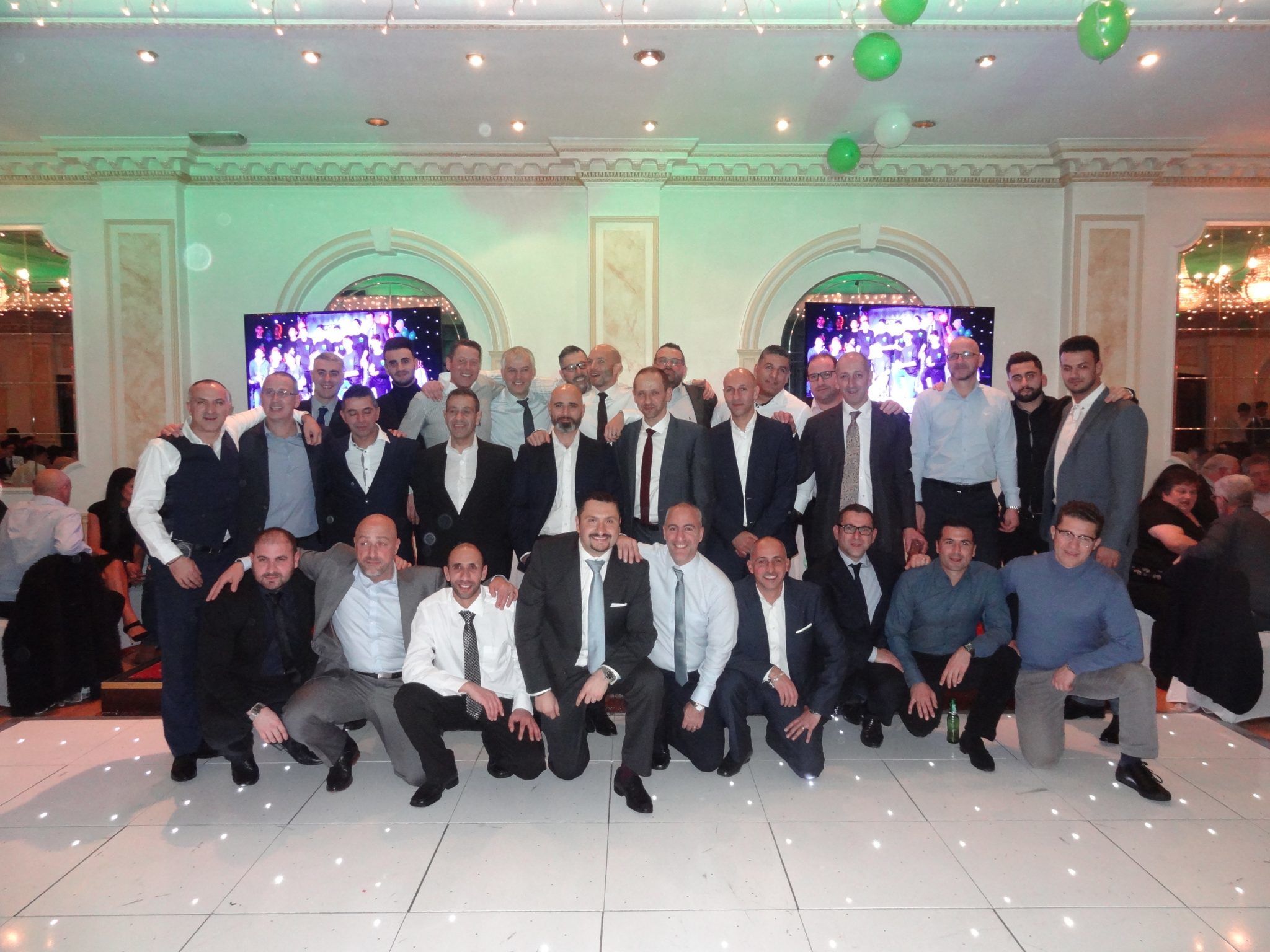 The evening was a resounding success, emphasising the many virtues the club abides by. On a wonderful evening with plenty of entertainment, over 340 guests were treated to DJ Sooty providing the music, Monica Michael making a guest appearance and Aaron Cato, a freestyling football skills expert, who even got some of the young footballers involved during his act.

The evening ended with an auction of signed memorabilia; a squad signed Arsenal shirt, a squad signed Tottenham shirt and a Liverpool short signed by European Cup winning legends which raised over £1250.

Chairman Michael Pieri gave a speech were he praised the work of the committee and all the volunteers, managers and coaches whose selfless attitude help make the club what it is.

He said: “…so what makes Omonia Youth FC the special club it is? You! What other youth football club could put on events like this? Everyone here exemplifies the community spirit that is central to the club’s philosophy. Our ‘football for all’ ethos binds us as a club and is embedded in the roots and core values of the club which are a fundamental reason why the club has been so successful for so long and remains a prominent sporting outlet for the youth of our community.”

The Chairman also publicly announced that the annual Christmas Manager’s Match will from now on be played for the ‘Kevin Nottage Memorial Trophy’ in honour of Mr Nottage who over a decade gave so much to the club. All managers and coaches who will play in the match will be asked to pay a ‘fee’ with the total collected going to a charity chosen by Mr Nottage’s family.

A commemorative brochure was given to all guests which contained a photo and synopsis on all 26 teams, the club’s development centre and new girls’ only squad as well as welcome from the chairman and a history of the club.

The next big event for the club will be their summer football tournament which is always well received and well attended.