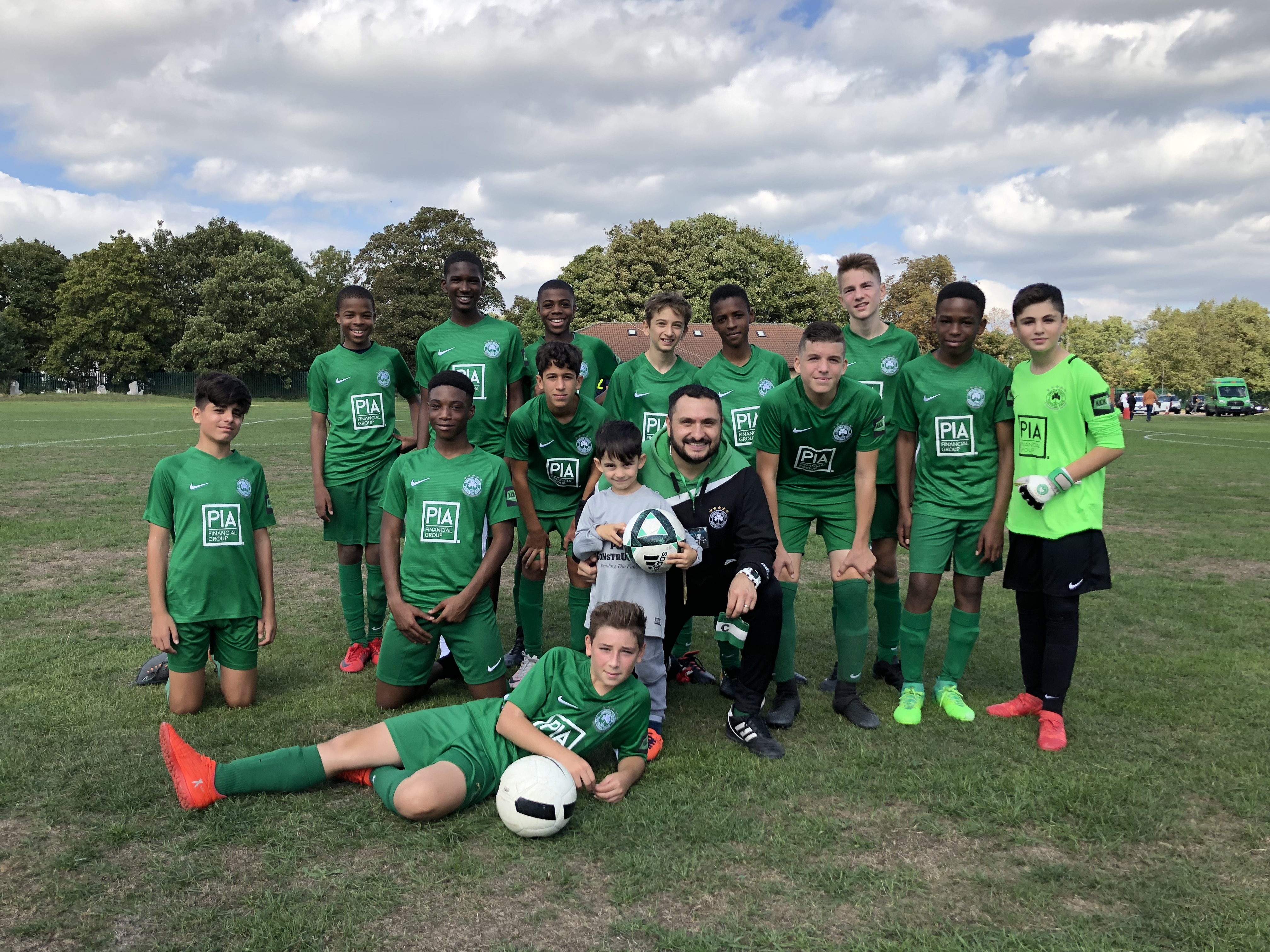 Community football club Omonia Youth FC, sponsored by PIA Financial Group and Philip Ross Solicitors welcomed the new grassroots youth football season with a flurry of goals, plenty of action and some fantastic results. With the wonderful British summer now just a memory, the young teams of Omonia Youth FC endured and enjoyed a variety of emotions on their return to match day action.

The club’s primary home ground, the Radiomarathon Centre in Enfield, was bathed in autumnal sunshine as two Under 14 teams got their season under way. Unfortunately for Chris and Jimmy Mousicos’ Under 14 Gold team they tasted defeat after conceding two late goals to go down 4-2. Charlie Mousicos and Kayden Trey Virgo got the goals.

By contrast, Michael Pieri’s Under 14 White got their season to the perfect start with a win and three points. Having taken the lead and dominated possession and chances created, their opposition equalised after a scrappy corner was not cleared. The second half was again largely dominated by the home side and they eventually scored a deserved winner, deep into injury time through debutant Noel Allen who was also named Man of the Match. Santino Raia scored the first goal.

Nick Lingis’ Under 14 Green matched this win as they too got their season off to a winning start. Three points were earned thanks to a 3-2 win. Goals from Nathan L, Joe K and Raul. Troy W was named Man of the Match.

The other Under 14 boys team, Harry Theodorou and George Sammoutis’ Under 14 Silver, were playing their first match in a higher division after winning promotion last season. However it didn’t yield the result they wanted but it was an encouraging performance nonetheless and in a very even and tight match they succumbed to the game’s only goal. The boys ran out steam in the end but even in defeat there were plenty of learning opportunities.

Finally in the Under 14 age group, the Under 14 Girls had an encouraging start to their season. Although they narrowly lost in their first pre-season friendly, they welcomed three debutants playing their first matches for the team. Anasia, Lydia and Mary all had a good run out. There were many positive signs, including a cracking left foot goal by Sophia Zavrou Blackstock and an assured performance from Player of the Match Andrea Leonidas.

Elsewhere, there were Omonia Youth FC teams who were in Cup action. Savvas Zavros and David Poncia’s Under 13 Gold were involved in the game of the day. In a thriller of a match, the end to end action was relentless. What pleased the coaches was the team work and energy showed by the team. With the score 2-2 at full-time the match went into extra-time and at the end of the extra period the score was 3-3 and the tie went to penalties. The Under 13 Gold prevailed in the shoot-out 14-13. Leo Capsalis was named Man of the Match.

In another fantastic Cup tie, Mike Petrou and Kyri Haili’s Under 15 White also saws their tie go all the way to penalties. Having taken the lead midway through the first half the Under 15 White conceded just before half time and it didn’t get better in the second half as they then found themselves 3-1 down. Changing to an attacking formation paid dividends as the boys responded to the challenge and scored twice to level the game and take it into extra-time. With no further goals, the tie went to penalties which the Under 15 White won 7-6. Fittingly, the whole squad were named Man of the Match.

Mario Yiasemi’s Under 12 Gold crashed out of the County Cup after a 4-0 defeat. The team created chances but couldn’t convert. Man of the Match was Logan Brilus

In League action, Omi Omirou and Stel Loizou’s Under 13 Green started life in the top division with an excellent 2-0 win. Jamal M and Leo I were the scorers. Ibrahim M was named Man of the Match.

Panos Papa-Michael and Elia Constanti’s Under 15 Gold lost 6-3. Goals were scored by Fabian, Youseff and Andy Polycarpou who was also named Man of the Match.

This season, the club has two Under 18 teams. Chris Gregoriou’s Under 18 White lost 3-1. Liam Togher scored the team’s only goal and was also named Man of the Match thanks to his “…fantastic attitude and never say die work rate.”

Kyri Georgiou’s Under 18 Green got their campaign off to a winning start winning 2-1 in the League Cup. Even though they had to play a large part of the second half with only 10 ten after one player was sent off, the team battled and showed superb resilience to come out on top. Andrew Kirtsides scored both goals and was justifiably also named Man of the Match.

Nick Georgiou and Dino’s Under 16 White did everything but socre in their League Cup tie but went out 1-0.

Demi Shiamishis and Barrington’s Under 15 Green scored three and conceded none in a convincing performance. Nicholas Shiamishis, Louis O’Sullivan and Julian Zelli scored the goals with Savvo Pantelli named Man of the Match.

Adam Demetri’s Under 13 Silver hit six goals as they cruised to an opening day win. The boys played some good football and were 5-0 up half time with their opponents only registering a solitary shot on target. Nicola scored four goals and Brodie hit two with Nicola and Johnny both named Man of the Match.

Finally Alex Christofi’s Under 12 White won away 2-1 with Kaya and Michael getting the goals. 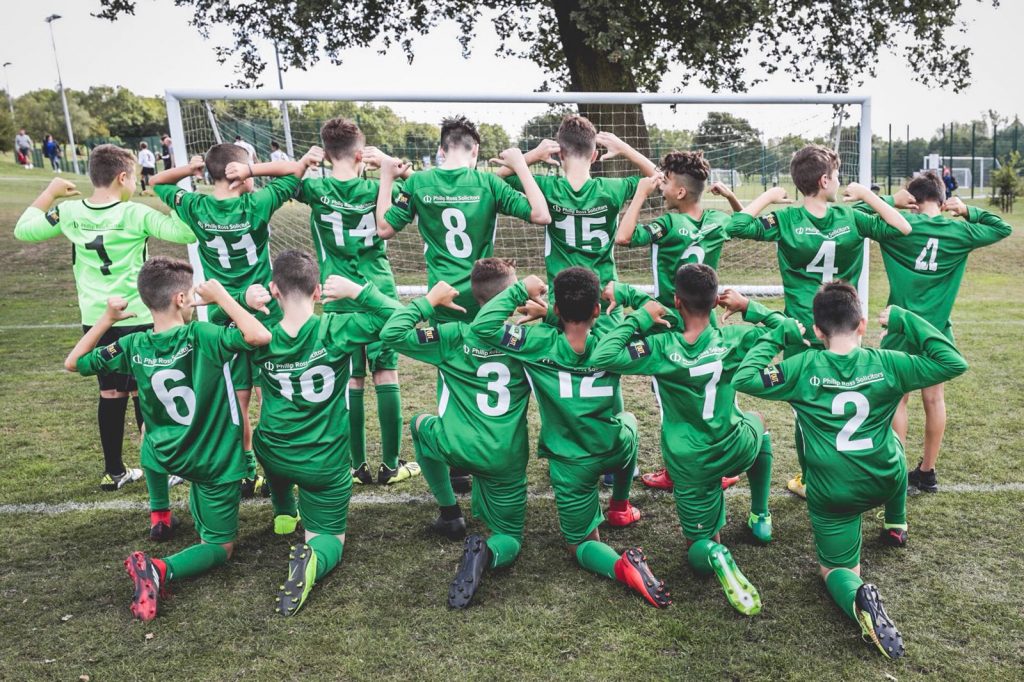 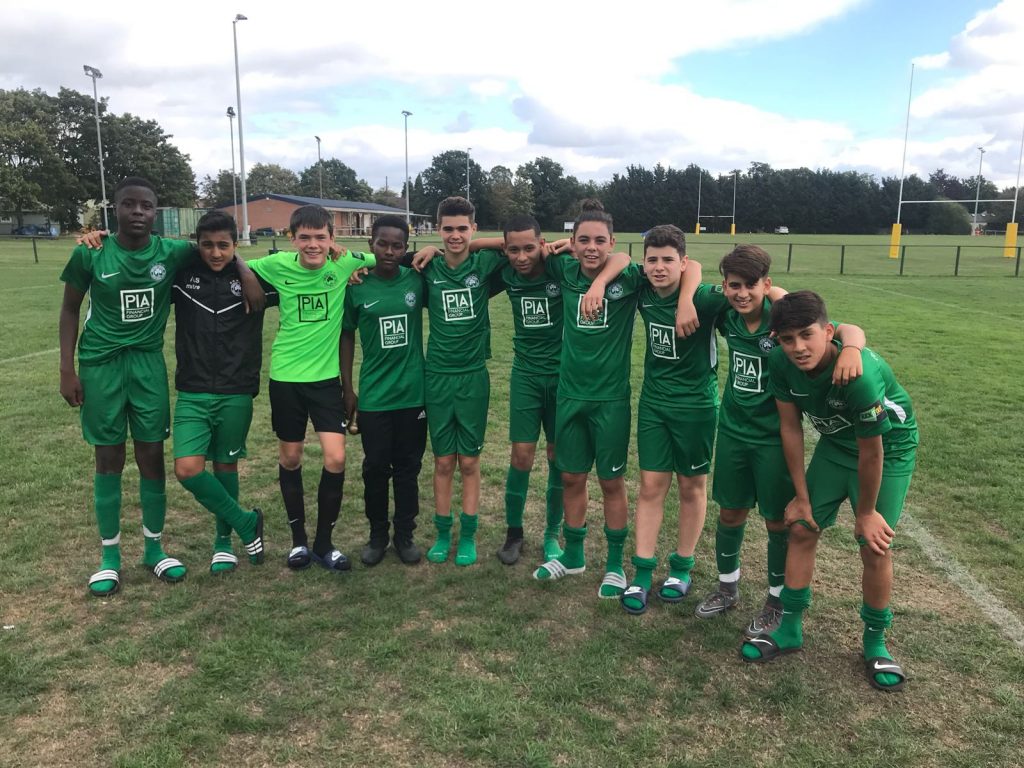 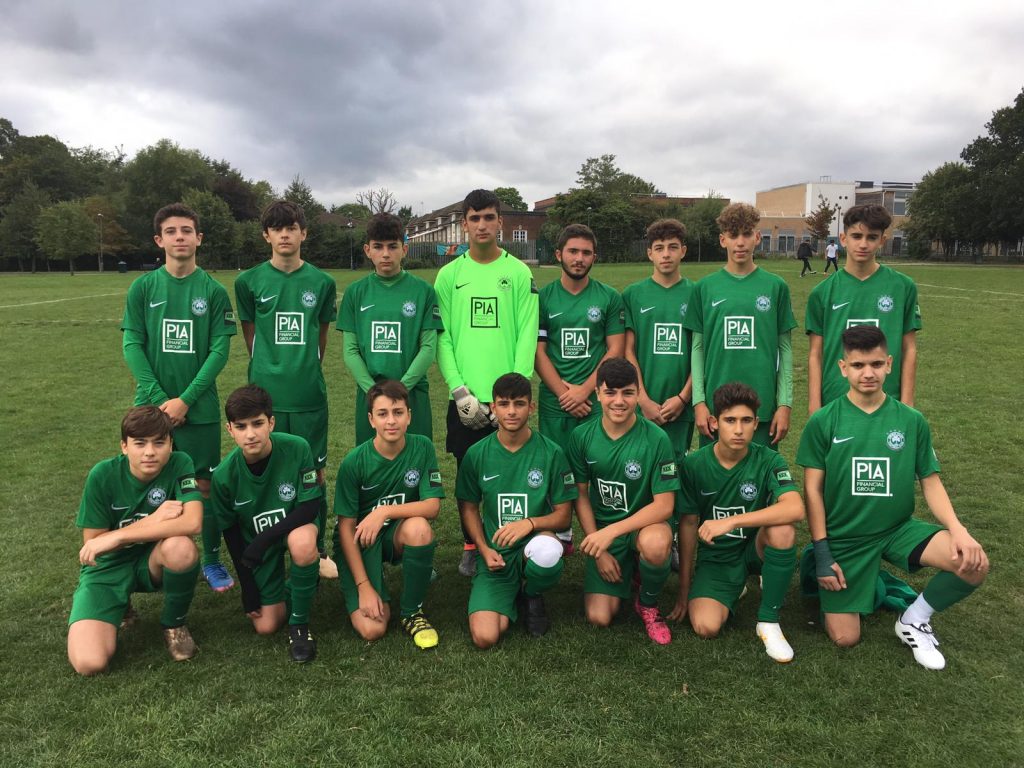 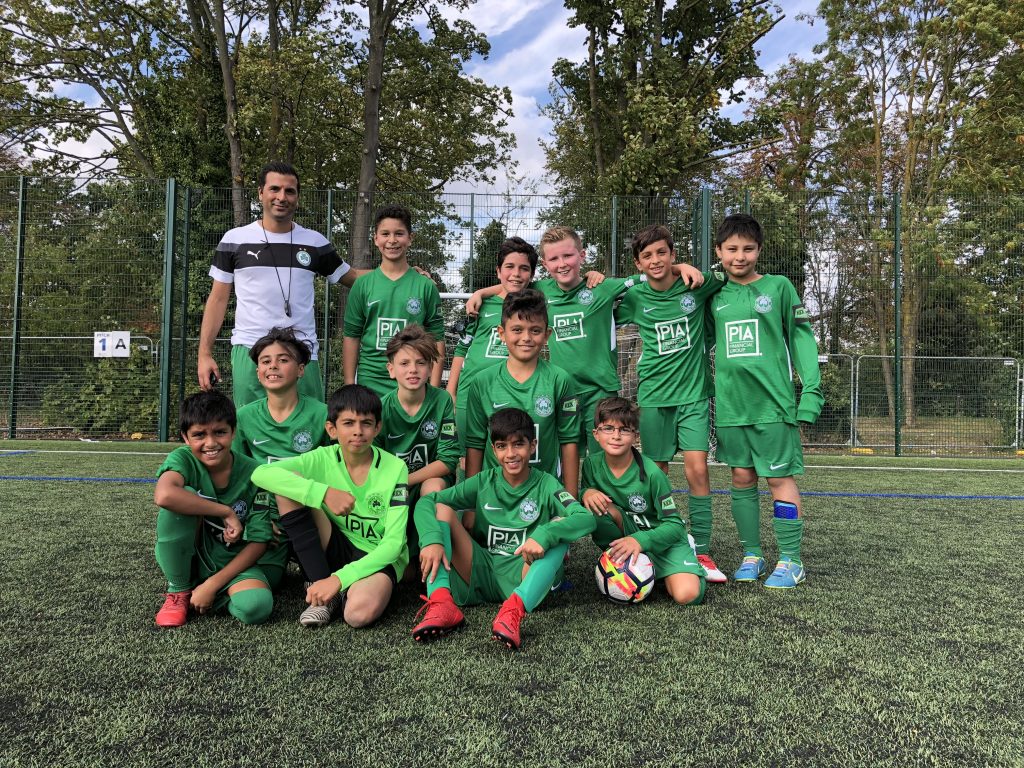