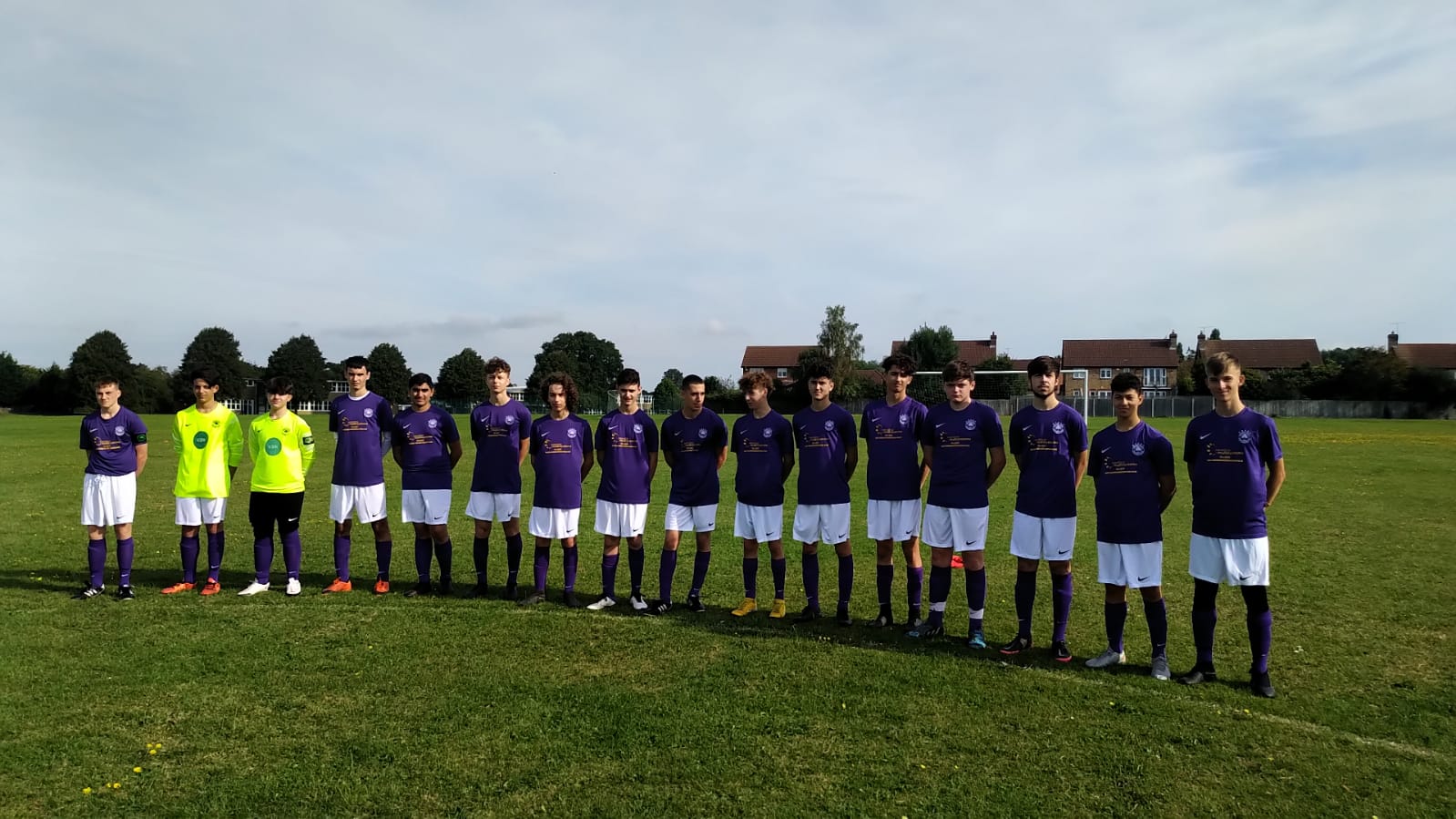 Mike Koumi, Pany Panayiotou and Adam Broomfeld’s Under 14 White were outstanding in their first match in the top division. The team were solid at the back and very organised which enabled the boys to play their fast, free flowing football. An early goal settled them down and then went on to dominate the half, scoring one more before half time. They added a third and fourth before easing off which allowed the opposition to score. Calm play saw the Under 14 White easily close game out. Goals were scored by William, Luca, Chris and Harry (pen). Man of the Match was given to Thomas for an all-action midfield display

Samuel Arthur’s Under 14 Girls played their 11-a-side match on Saturday.

With their regular goalkeeper, four different girls took it in turns play a quarter in goal to emphasise the togetherness of this team.

The game was evenly matched but technically the Under 14 Girls looked better. The positioning and discipline was good and even the opponents went ahead, the girls showed their resilience. Five minutes before the end of half a stunning equaliser was scored as the ball fell to the Omonia Youth girl outside the box, she took her time, controlled it and then put her boot right through it into the bottom right corner. The goalkeeper had no chance and this is the confidence that development football has created.

The number of give-and-gos was working with all the girls pushing forwards, looking for a second which duly arrived 20 minutes before the end of the game. With the match ticking to its conclusion the opposition won a free-kick in a dangerous position. It was the last kick of the game and the Omonia Youth striker, who was now the goalkeeper produced a wondrous save to preserve the lead and win the game. Manager Samuel was ecstatic after the match and he said:

“This was a fantastic game to watch as a neutral and the atmosphere was brilliant. The opposition coach came up to me and said, ‘Thank you for giving us a great game of football, our girls thoroughly enjoyed themselves’”.

Robert Protei and George Constantinou’s Under 14 Gold suffered a heavy 7-1 defeat I a performance where they were second to every ball. Lots of work to do but plenty of time to improve.

Savva Zavros and David Poncia’s Under 16 Gold lost 4-2 in a disappointing start for the lads. The boys found themselves two down and then worked themselves back into the game but sadly for them a mixture of silly mistakes and a few new players to the team made for a difficult start to the season. However, there was plenty to be positive about and wins will definitely come for them.

Myri Demetriou and Kyri Eleftheriou’s Under 12 White played their first game in a new division having been promoted they were up for it from the start winning handsomely by 6 goals to 2.

A dominant first half where the boys were solid throughout the team only got rewarded with one goal thanks to a fine finish from distance by Leo. Multiple openings were spurned and they were punished right on half time as the oppistion equalised. Fearing they had blown the opportunity to make the game more comfortable a quick start in the second half saw the boys moving the ball quickly, moving the ball wide and between the opposition’s defensive lines and winning all the second balls. The Under 13 White were rewarded with three goals before the opponents pulled one back. Remaining disciplined and focused they scored two more goals and they even had time to have a penalty saved by their keeper. The match was harder than scoreline suggested but the boys were solid throughout, and scored some beautifully crafted goals. Scorers were Leo (3), Andre, Nicholas and Andrew.

Kerem Denizer’s Under 12 Green started the game with a request to observe a minutes’ silence for the victims of 9/11. The team started off well by being strong on the ball, keeping their positions, moving freely and being very vocal which was great to see. Unfortunately the second half was a totally different story, as the boys stopped running and allowed their evenly matched opponents to execute their chances. There was great performance from young ‘keeper Hermaan who made several fantastic saves and for this reason he was named Man of the Match.

Michael Pieri’s Under 18 White started their season with a defeat but with plenty of positives to take from the match. Two excellent debuts from Andre and Michael showed the quality they have brought to the team and the most pleasing aspect of the match was the style of play. Lots of passing and moving and plenty of opportunities were created. Also pleasing was how the team came back from a 3-1 half time deficit, to get it back to 3-3 but alas silly errors gifted the opposition two as and they lost 5-3.  Goals were scored by Erdal, Emmanuel and Michael with Kyle L named Man of the Match for some wonderful wing play.