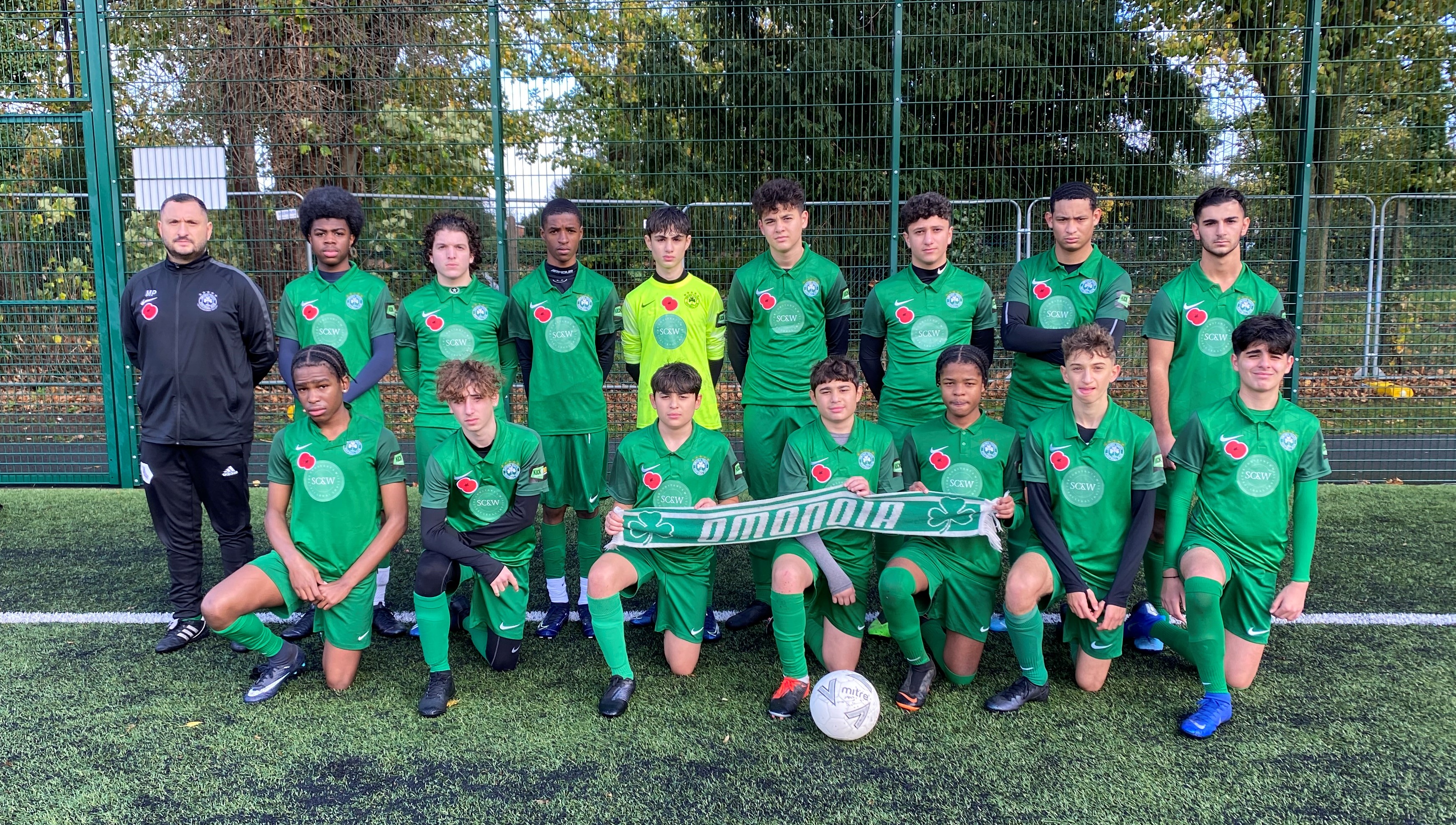 Even if the weather was not great, there were plenty of performances to savour for the many teams of community grassroots club Omonia Youth FC, sponsored by Spector, Constant & Williams, Vas Barbers and V Jewellers

On Saturday Sophia Karanicholas’ Under 13 Girls team braved atrocious weather conditions to put a fantastic performance and seal a comfortable victory. Training sessions, which have had an emphasis on passing and moving, shone through this week and the girls put into practice what they have been doing in training. The team does though still remain a little apprehensive in front of goal, nevertheless lots of goals were scored. Player of the Match was Shekhinah for banging in five outstanding goals and bringing a lot of energy and enthusiasm to the game. Sophia was also complementary of the referee, Chris, who she said “…was simply brilliant…”

In the League Cup 2nd Round Robert Protei and George Constantinou’s Under 13 Gold again beat a team from a higher division to progress thanks to a 4-1 win, and they had to come from behind to do it! The team played some really good football with purpose and defensively were very strong and well organised. It was a very good performance from the boys. Man of the Match was given to George Markou who was unbelievable in the holding midfield role and Christos Constantinou who changed the game when he came on with two assists and a goal.

Alex Christofi and Serkan Nihat’s Under 14 White continued their recent good form with a thumping 11-1 win. In a straightforward win the Under 14 White kept good positional discipline throughout and it was one way traffic for the majority of the game with both Serkan commenting that the team are starting to gel and playing well. Constantinou was named Man of the Match for a solid defensive display. Goals were scored by Kaya (4), Yullian (3), Joseph (2), Ioannis and Dimari.

Unfortunately it was another defeat for the Michael Pieri’s Under 16 White as they went down 3-1. A poor first half where they never got going played into the hands of the opposition. They were better in the second half and got it back to 2-1 but self-inflicted damage cost them the deciding goal when they were pushing for the equaliser. Too many players were too passive and too reactive. Goal was scored by Noel Allen with Mikey Nicola unanimously voted by his team mates as Man of the Match.

Nick Georgiou’s Under 18 Gold had to travel away for their home fixture and with no substitutes and no goalkeeper suffered a 7-0 defeat against a strong side. The boys gave it their all and so Nick could not ask for more. Man of the Match was Anthony Gregori who did a great job and did not stop working the whole game.

Mike Koumi and Adam Broomfeld’s Under 13 White gave another dominant performance, winning 9-4 which sees them top their division. Tight early exchanges with few chances eventually saw the Under 13 White score the first goal and then race into a three goal lead. The goals continued to flow with brilliant attacking football and great finishing against a strong opponent. Goals were scored by William (2), Luca (2), Chris (2), Nick (2) and Louis. Jailen was awarded Man of the Match for his masterful centre half display.

It was a five star display by Adam Demetri and Evagoras Mandrides’ Under 15 Silver as they hot their opponents with five unanswered goals. Dominated from the first minute to the last, playing some fantastic football, passing from the back and creating chances from out wide. The score didn’t reflect the dominance the boys had throughout the game and they should have scored more! Goals from Brodie, Ru and a hat-trick for Man of the Match Jardel.

Harry Theodorou and George Sammoutis’ Under 16 Silver finally got their first win of the season with a 3-2 win with display which bodes well for the rest of the season.