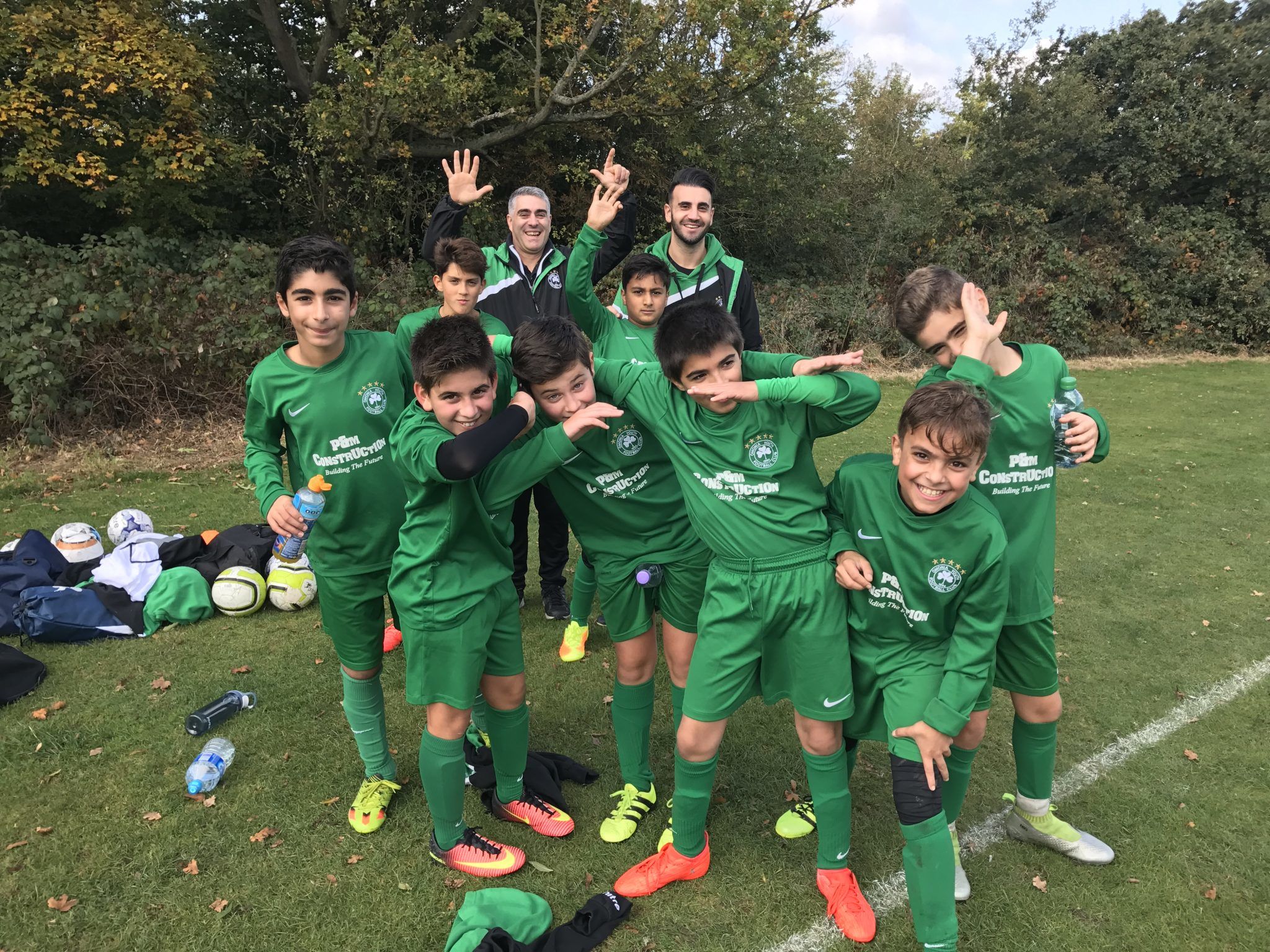 Michael Petrou and Kyri Haili’s Under 13 White tasted defeat for the first time in the league this season, going down 5-2 having had to play the whole game with only 10 men. Adam Curran and Louis Petrou scored with Adam Curran being named Man of the Match.

Andy Charalambous’ Under 14 White continued their great start to the season with a 5-0 win that took them to the top of the league. Goals were scored by Nick Zlatkov (2), Steven Kadriu (2) and Louis Capsalis. Man of the Match was Steven Kadriu.

There were contrasting fortunes for the U16s with Nick Zimaras’ White going down 6-0 while Elia Constanti’s Green winning 3-0 even though they had no recognised goalkeeper and no substitutes. Matthew, Amelio and Toki got the goals with Luke Hadjithemistou named Man of the Match.

The three Under 12s experienced every result on Sunday. Chris and Jimmy Mousico’s U12 Gold were defeated 1-0 but should’ve come away from the game with a better result having hit the woodwork 4 times and spurning several other great opportunities. Harry Phantis was Man of the Match.

Mike Pieri’s U12 White went into half time 2-0 down but battled back superbly to get a 2-2 draw to remain unbeaten in the league. Twins Anthony and Andreas Fereos scored the goals with Kyle Ellis named Man of the Match.

Nick Lingis’ U12 Green secured their place in the next round of the League Cup with a convincing 7-2 win. Jack (2), Georgios (2), Raul (2) and Valentino got the goals with Valentino Nicolaou named Man of the Match.

The U14 Greens continued their fine start to the season with a 2-1 away win thanks to an 89thminute penalty from Louie Cooper. Clinton Beokojie got the other goal with Giuliano Arricale named Man of the Match.

Well done to all the coaches, managers, parents and players this weekend for their continue commitment.

The club will be celebrating another year of success with a Celebration Dinner and Dance on Sunday 4th December at the Regency Banqueting Suite in North London. The club will be producing a commemorative brochure for the evening and should you want to advertise please contact the club. There will also be a raffle and an auction of sporting memorabilia. Contact the club for more details.