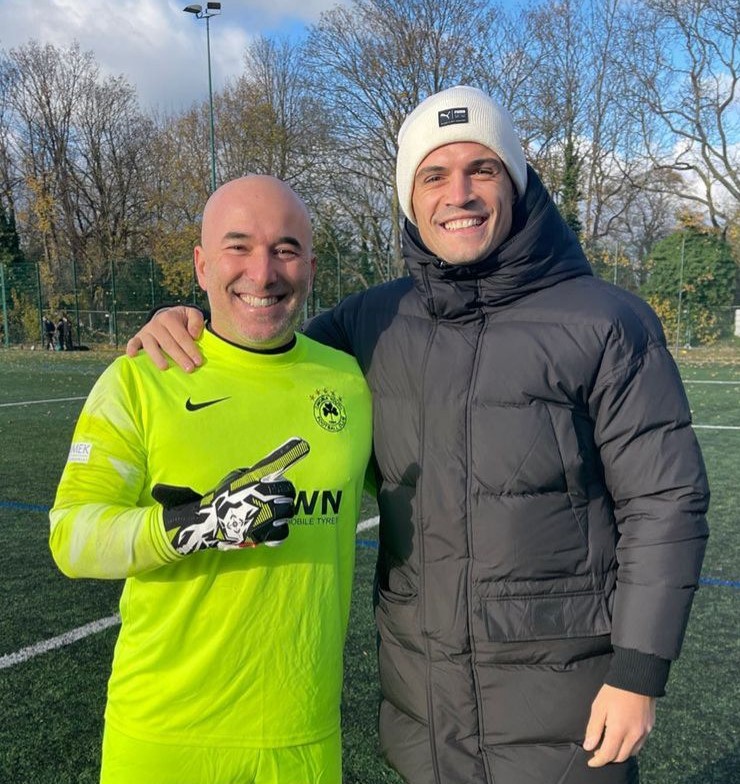 There were mixed results for the many teams of community grassroots club Omonia Youth FC, sponsored by Spector, Constant & Williams, Vas Barbers and V Jewellers.

On Saturday Sophia Karanicholas and Samuel Arthur’s Under 14 Girls continued their recent good form by winning away 3-1. The girls put in an incredible amount of effort with another amazing team performance. Both coaches were impressed with the communication and encouragement on the pitch from all the girls, with plenty of players shouting words of encouragement to each other. After the match, Sophia said: “The girls worked together as a unit to ensure they were positionally disciplined. Each and every girl should be proud of their contribution as they put on a fantastic performance.” There were two Players of the Match; Gina Zavros for a brilliant hat-trick and Ella Mohan for a truly outstanding performance on the left win.

Mary Tryphona’s Under 11 Tiger Girls and Under 11 Lion Girls both had brilliant matches. Mary wanted to publicly thank Zeno Vryonides, George Agrotis, Jason Plysi and Tony Stylianides for stepping up and helping with training and match days while she is recovering from injury at home. There have been some encouraging comments from parents which has been lovely to hear. Girls of the match this Sunday were Ria and Dora.

Zeno Vryonides, Mario Georgiades, Elias Neocleous and Vas Simou’s Under 14 Green suffered an unfortunately 3-1 loss, putting an end to their recent winning run. Having won the first half 1-0, the team uncharacteristically sat back in the second and the let the away team back into the game, conceding three goals.

Mike Koumi, Adam Broomfield and Panny Panayiotou’s Under 14 White were beaten 7-0 in the Cup after a poor performance. Man of the Match was awarded to George B, who showed great handling and pulled off a couple of outstanding saves.

Myri Demetriou and Kyri Eleftheriou’s Under 13 White were knocked out of the League Cup after going down 6-2 to a team second in the table in the division above, which gave the coaching staff and all the player a great experience. Throughout the match, the team held their own in what was very much a battle throughout, but they dug deep and even after going 1-0 down the boys kept their heads up. The opponents doubled their lead with the Under 13 White looking for solutions, they found them by playing the ball through the high press and they were rewarded with a lovely finish by Charlie. They were back in the game but a fortunate ricochet let to the opponents scoring their third. Pleasingly, the Under 13 White again showed their resilience and scored a second through great work by Nicholas. Unfortunately in the second half, the opposition extend their lead and the game finished 6-2 as the Under 13 White got punished for minor errors. Even though the team was defeated, there were many positives to take from the game and at the final whistle there wasn’t a sad face in sight. The boys knew they had been in a tough game but had played and competed well. Man of the match was awarded to Nicholas who played up from, harassed the opposition and he got a well deserved goal. Charlie got the other goal

Michael Pieri’s Under 18 White faced a tough task playing the unbeaten leaders of their division in the cup, playing against a team that was averaging over five goals a game. They were also missing six players which made the task even more difficult and no substitutes, the boys were superb as they gave their opponents a tough game. The Under 18 White took the lead early thanks to a great shot from the edge of the area from Michael Pavlou. The hosts then quickly equalised before racing into a 3-1 lead at half-time, with all three goals the result of avoidable errors. In an even second half, the Under 18 White created several good opportunities, hit the post and missed other good chances. Having to play the last 15 minutes with only 10 men because of an injury underlined what a battling performance this was. Man of the Match was awarded to Erdal for a tireless display up front that should have yielded a goal.

Chris Gregoriou’s Men’s team, who are sponsored by Crown Mobile Tyres and The Master Locksmith again faced tough opposition in only their second season in adult football. Playing against a team they have faced four and lost four times previously, it was a match where discipline, endeavour and tactical nous was required to improve that record. And so it proved as the Men’s team outplayed and out-battled their opponents with and without the ball to earn a brilliant 4-1 win. Goals were scored by Andreas Kyprianou (2), Donaldo Ndoj and Man of the Match Kay Kyprianou also provided three assists. Watching the match was Arsenal and Swiss international midfielder Granit Xhaka, who came to support to his friend who was making his debut in goal for the Men’s team.