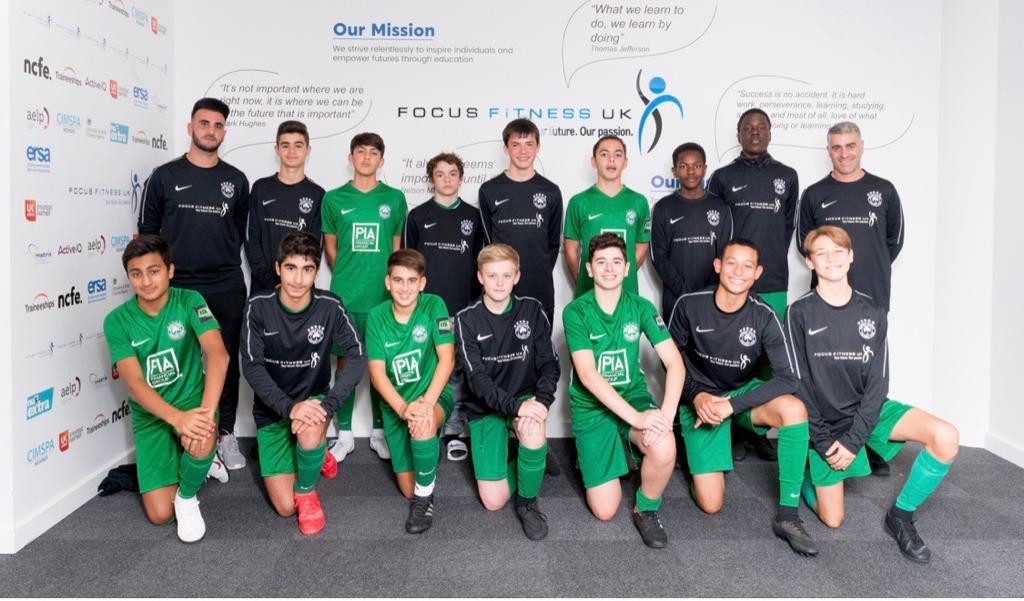 There were mixed results last Sunday for the many teams of Omonia Youth FC, sponsored by PIA Financial Group and Philip Ross Solicitors.

Both Under 18 teams suffered defeats with Chris Gregoriou’s Under 18 White going down 6-2. Nicholas Gregoriou got both goals with Liam Togher named Man of the Match for his battling qualities.

Kyri Georgiou’s Under 18 Green lost 5-3 to the league leaders. Going into the half time break 2-2, the referees whistle for the interval halted the momentum that was growing for the Under 18 Green as they were beginning to comfortably overpower a very good team. Two quick second half goals form the opposition halted the first half impetus and it was an uphill battle after that. Goals were scored by Stelio Minas, Yianni Polycarpou and Costas Stylianou with Man of the Match awarded to Terry Savva .

In the Challenge Cup, Nick Georgiou’s Under 16 White lost 5-2 at home but the score did not tell the whole story as the boys put in a lot of effort and worked hard, especially in the first half which ended 2-1. Some errors in the second half were punished which let the opposition back in the game. Had the team converted the many chances they created the result may well have been different. Goals were scored by Peter Michael and Theo Stavrou with Alex Paphitis named Man of the Match.

Panos Papa-Michael, Elia Constanti and Andy Michael’s Under Gold were soundly beaten 5-0 Unfortunately our boys didn’t ‘turn up’ and were subsequently second best in all departments.

Savvas Zavros and David Poncia’s Under 13 Gold remain unbeaten this season thanks to another victory, winning 4-2. Goals from Ky Zavros, Max Albrecht, Valantis Zachariou and

James Carter. Man of the Match was Jamie Bagnell.

Michael Pieri’s Under White 14 overcame a tough opponent in testing circumstances to win 6-5 at home. In a pulsating first half the Under 14 White quickly raced to a 3-0 lead only for individual errors seeing their opponents take advantage to lead 5-4. A late goal for the Under 14 White saw both team go into half time level pegging. A far more cagey second half was won in the late in the second half with three points deservedly going to the home side. Goals from Itiel Omadjela (3), Santi Raia (2) and Noel Allen. Man of the Match was given to Kyle Ellis for a calm and assured display in the second half.

In the Middlesex Cup Nick Lingis and Mario Christoforou’s Under 14 Green narrowly won a tight match 2-1 to take their place in the next round. Joe K and Raul A with the goals with Nick P named Man of the Match.

Barrington and Demi Shiamishi’s Under 15 Green cruised to a 4-0 win away from home. Julian Zelli (2), Louis Holloway and Louis O’Sullivan got the goals with Louis Holloway named Man of the Match.

Performance of the day went to Mario Demetriou, Johnny Othona and Elvis Leon’s Under 12 Green who came from behind twice to win 6-4. Nat (2), Alex (2), Zach, and Theo got the goals with Anthony named Man of the Match.

Chris and Jimmy Mousicos Under 14 Gold were defeated 4-1. Louis Georgiou got the goal with Freddie Morrall named Man of the Match.

Harry Theodorou and George Sammoutis’ Under 14 Silver continued their great recent form with a 3-2 win at home. Gabriel, Viktor and Mehmet with the goals. Gabriel was named Man of the Match.

Mario Yiasemi was very proud of his team his Under 12 Gold came from 2-0 down to win 3-2 to make it two wins out of two in the league. Man of the Match was debutant Jack White.