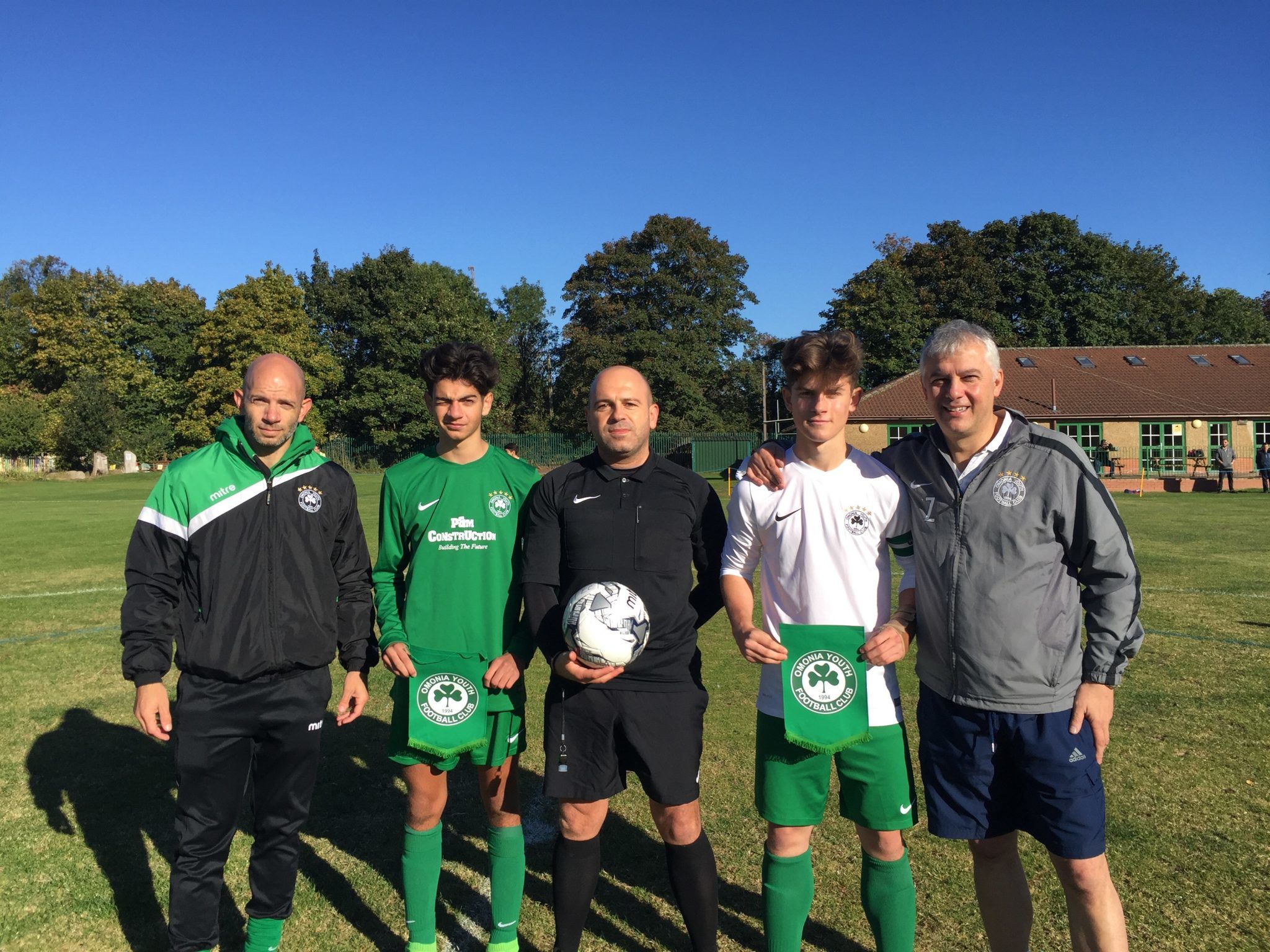 Community football club Omonia Youth FC had plenty to cheer last Sunday as three teams progressed to the next round of the prestigious Middlesex County Cup.

The match of the day was the U16 ‘derby’ clash between Nick Zimaras’ U16 White who were up against Elia Constanti’s U16 Green.

Both managers commented that the match was played in the correct spirit with both sets of players showing plenty of commitment and footballing skill. The Whites won through to the next round winning 4-2 with Alexander Zimaras named Man of the Match.

Nick Lingis saw his U12 Green continue their excellent start to the season with a convincing 6-1 win to also progress to the next round of the Middlesex Cup. Man of the Match was Raul Amin

The third Omonia Youth FC team to progress to the next round was Panos Papa-Michael and Andy Michael’s U13 Gold who squeezed through thanks to a 3-2 win. Man of the Match was Andy Polycarpou.

With three teams through, four teams crashed out.

The performance of the day went to the U14 Green who won 17 (seventeen) -2. In an outstanding performance it was only fitting that the whole team were acknowledged as Men of the Match!

Elsewhere in league action, Andy Charalambous’ U14 White won 2-1. Nick Zlatkov scored both goals and was duly awarded Man of the Match.

U16 Green & White pose before their ‘Derby’ clash