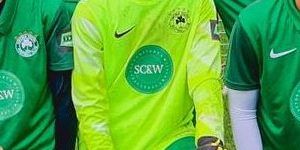 Mike Koumi and Adam Broomfeld’s Under 13 White were defeated in a 10 goal thriller and exited the Middlesex Cup. The boys were understandably very rusty having not played since lockdown and it showed. They were a yard off the pace and defensive errors allowed the opposition to go into half time 4-1 up. The Under 13 White were much improved second half and created plenty of chances created to narrow the deficit but it was not enough as unfortunately a couple of second half errors cost them as they went down 6-4. Goals were scored by Nick (2), Thomas and Man of the Match Georgie who was showed outstanding forward play and work rate

Michael Pieri’s Under 16 White also crashed out of the Middlesex Cup in what was described as a ‘positive defeat’. Coach Michael explained “…much can be gauged from the reaction of young people to losing a match and the boys today showed that even in defeat a negative result can be turned into positive energy. There were encouraging constructive and positive comments after the match which was great to hear”. The match was lost in key and unfortunate moments but there were plenty of good things to take from the match, not least the attacking football which created many chances. The team lost 4-2 but were the better team for large parts of the game. Goals were scored by Noel and Erdal with Kyle E and Luk named Man of Match; Kyle for an excellent defensive display and look for his use of the ball from midfield.

Mario Yiasemi’s Under 14 Gold played their first game in five weeks and progressed to the next round of the County Cup thanks to two fantastic great goals and great battling display. Mario was rightly proud of the team and named all of them as Man of the Match. Muzzammil and Musawwir were the goal scorers.

Nick Georgiou’s Under 18 Gold lost 3-1 in their Middlesex County Cup tie. It was a tough game for the boys who again had to contend to play a match without any substitutes. The opposition was very strong and play at a higher level but the boys fought and worked hard throughout the game so from a coaching point of view it was a positive performance. Daniel David got the goal with Andreas Georgiou and Anthony Gregori earning Man of the Match awards.

Vas Demetri’s Under 12 Green played their first ever Middlesex Cup match it resulted in a stunning display winning 5-0. It was a great performance by the boys and it was evident from the match that their confidence is growing as a team with great encouragement and support for one another. The five goals scored were all superb as was the defending to preserve a clean sheet. Goals were scored by Jake (2), Rocco, Luca V and Man of the Match Christian.

Adam Demetri and Evagoras Mandrides’ Under 15 Silver also won through to the next round of the Middlesex Cup. Playing a strong premiership team from the Harrow League this was never going to be an easy game and the Under 15 Silver were soon 1-0. The opposition doubled their lead minutes later. The Under 15 Silver then got into their stride but conceded again before making it 3-1. A fantastic save from Alexander just before half time kept the tie alive. After strong words and a sense of belief and encouragement instilled into the boys during half time, the boys came out fighting and a quick goal reduced the deficit to 3-2. It was all Omonia Youth at this point and controlling the midfield was key which created chance after chance until a penalty was awarded and converted by Brodie to make it 3-3. The belief and spirit was back and they quickly scored a 4th and a 5th to make it 5-3. A goal in the last minute from the opposition was not enough as the Under 15 Silver won 5-4 in what Adam described as “…a fantastic performance from the boys who never stop or give up.”

Harry Theodorou and George Sammoutis’ Under 9 Silver played their first game back after lockdown and they played a great game of football. There was lots of ball control, driving with the ball and skills. Their positioning was really good and their match awareness and anticipation was spot on. They are really developing into a footballing team instead of bunching up and just kicking the ball. Both coaches are encouraged and proud of the team.

Tas Gregoriou’s Under U14 Green had a tough match and lost 9-0 away and in wet conditions on a huge pitch. With a few boys isolating including the regular goalkeeper, the boys tried their best but fell short to a superior team. As always, the team aim to learn from the game and stay united. Man of the Match was Henry Clarke

Andi Panayiotou and Nick Kyrillou’s Under 12 Gold won 4-2 on a mud pit of a pitch. The boys battled with strength and determination. With such poor playing conditions, the team’s online fitness sessions seemingly paid off! With two players absent and three injured in the first half what was pleasing was the encouragement of each other throughout. Leadership skills came to the fore too as players took responsibility to change formation and positions based on pitch condition, opposition and injuries. Goals were scored by Seb, Nick, Ivalyo and Matthew. The team this week did a gold, silver and bronze Man of the Match with Seb getting gold, Nick silver and Seye bronze.

The Under 11 Girls (White) had nine players out  due to isolation and it was the younger members of the squad who impressed as they stepped up to show a true Omonia Youth spirit. Mahdi was amazing in goal, Andreanna and Georgia bossed the midfield and had so many chances blocked by a good defence. Faith Ava gave 100% and Georgia D was inspirational to the younger members of the team. Mary was so impressed with the team’s performance and gave a special mention to Ellie Simou who came on and got stuck in to her first league game. Player of the Match was awarded to Georgia.

George Pantelides Under 16 Girls were quick out of the blocks with Aleesa putting the opposition GK under so much pressure that she turned the ball into her own net. Mary and Player of the Match Emilia were combining well and Mary could have helped herself to a goal or two. Christina was imperious in central midfield and Holli made some incredible saves in the first half.  Maggie and Andrianna combined well with Lydia and Kayla got stuck into some crunching tackles. Sapphira controlled the back line and Lucia was cultured on the ball as always. Sophia showed her Versatility by playing in  both in defence and midfield. The girls were very grateful to have coaches from other age groups of Omonia teams in attendance and George thanked them for their support.

The Under 16 Girls put their opponents under huge pressure In the second half, scoring goals through Andrianna (her first for the team) and another thunderbolt from Christina. A searching cross from Emilia was left unanswered at the back post and another great cross from Christina caused havoc in the opposition penalty area for another own goal. The game’s fluidity was halted when some enforced changes were required (due to injuries and the other team losing a player, causing the Under 16 Girls to match their numbers by removing a player too). The game ended 4-0 to Omonia Youth and the girls went off into their Christmas break with a spring in their step and a smile on their faces.

The Men’s team, who are sponsored by Crown Mobile Tyres, Athletic Development Club, The Master Locksmith, CJAZ Consulting and RAMEK asset management, faced the only unbeaten team in KOPA and our boys gave them a game to be proud of and only lost 2-0. The team battled for every ball and created many chances however, it wasn’t to be as they couldn’t get the ball over the goal line. With a couple of impressive debuts added to today’s team, it can only be a matter of time before the team get the rewards it deserves. 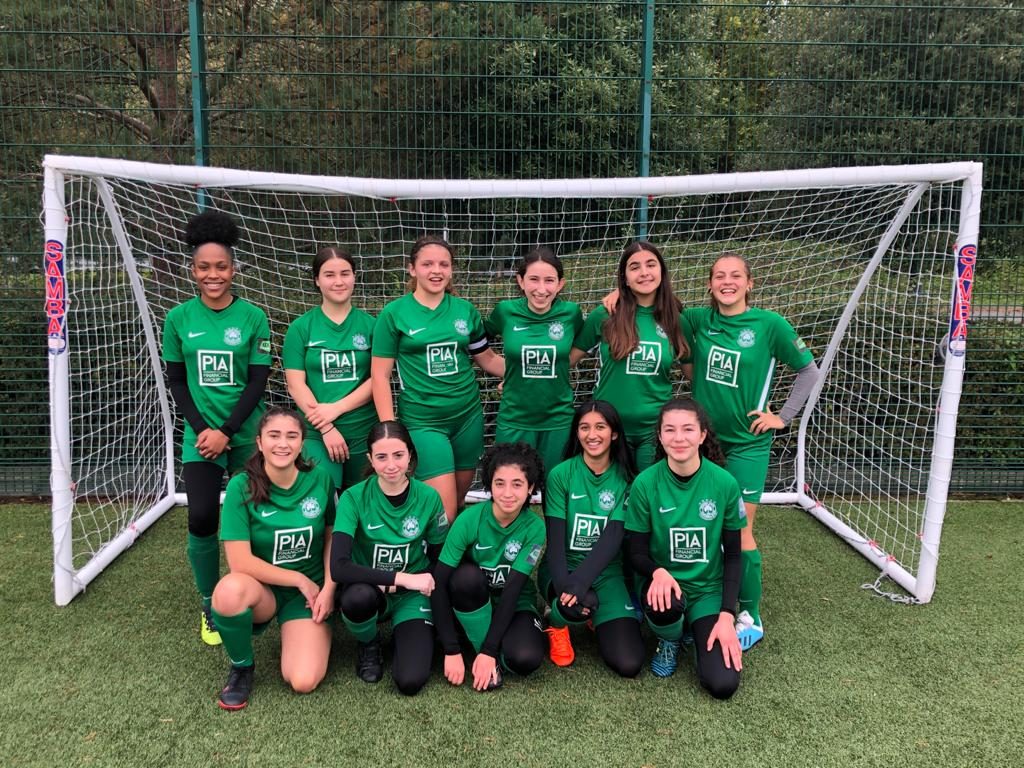