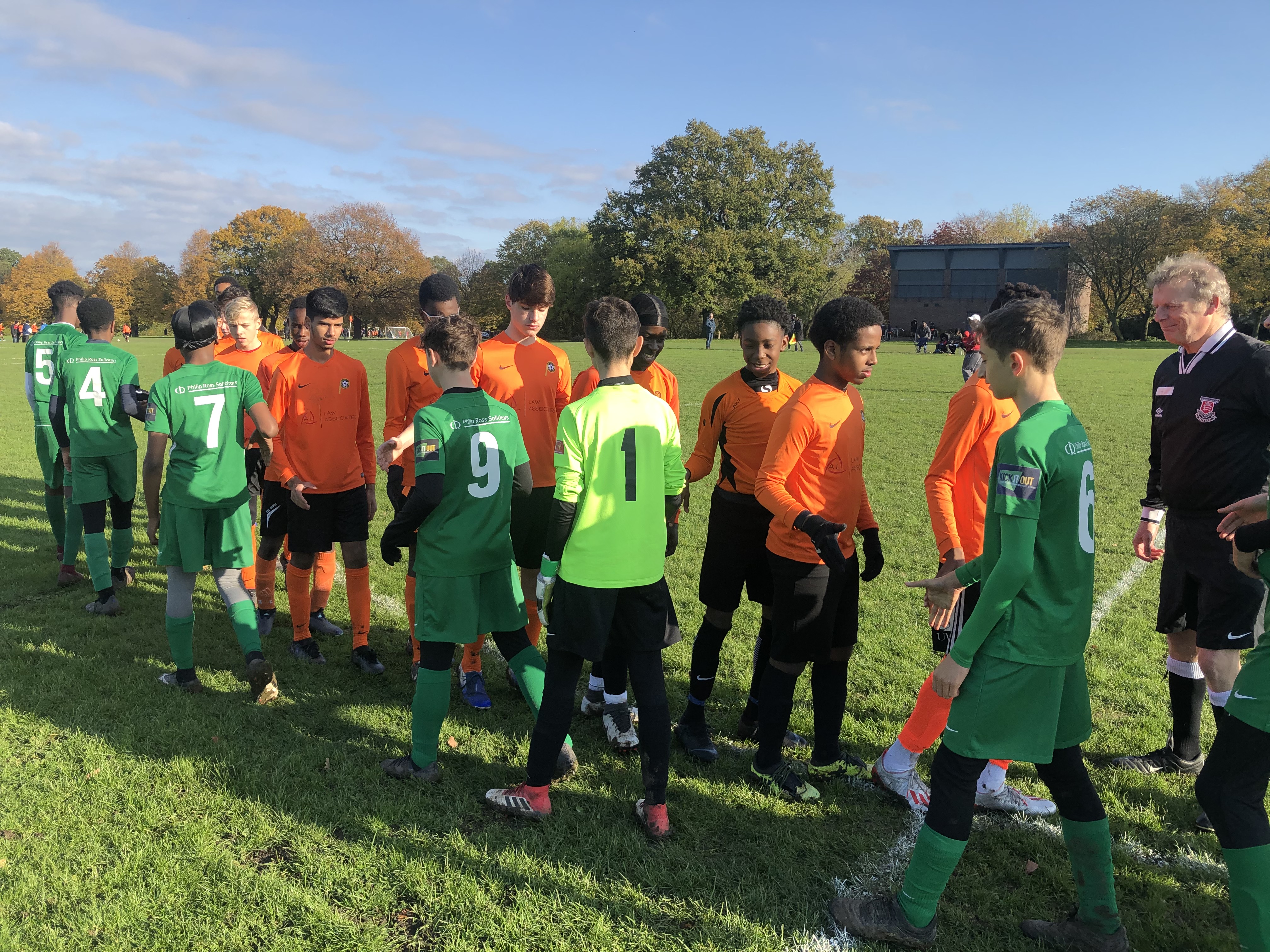 Community football club Omonia Youth FC, sponsored by PIA Financial Group and Philip Ross Solicitors had many of their teams in County Cup action. The pinnacle in youth football, the five gold stars on the club badge is derived from the club’s five County Cup wins over the years.

Last year Mario Christoforou and Nick Lingis Under 15 Green got all the way to the final of the Under 14 version and they started this campaign in emphatic fashion as they progressed to the next round thanks to a thumping 7-0 win. Goals were scored by Georgios C (2), Cameron J (2), Conor L, Jack A and Troy W with Oliver S named Man of the Match.

Joining them in the next round are Jimmy and Chris Mousicos’ Under 15 Gold. They too had a straightforward passage to the next round with a 5-0 win. Goals were scored by Louis G (2), Vansh, Cem and Kayden.

Unfortunately, the other two teams in the age group bowed out at this stage. Michael Pieri’s Under 15 White arrived at their game with only 10 players but the performance of the team made their coach extremely proud. The boys battled throughout, were focused and determined and stayed in the game well into the second half where tiredness and fatigued, compounded by a heavy, soggy pitch made it more difficult being a player down.

Manager Michael was justifiably proud of his team, even after a 6-0 defeat as he said: “Sometimes, even in competitive football, the result doesn’t matter. The boys were superb today and were true to themselves and their footballing principles. It was great that the opposition coaches and parents acknowledged their effort and praised their style of football. The opposition manager even came over at the end and told the boys that had they had a full complement of players he doesn’t think his team would’ve won. A friendship in football has been forged and we have decided to arrange a friendly with them during in the season.” Man of the Match was the whole team.

Harry Theodorou and George Sammoutis’ Under 15 Silver went into o halftime level at 1-1 against a very good team but after conceding two early goals in the second half the boys heads dropped with the score ending 8-1. Their goal was scored by Man of the Match Rohan.

Mario Demetriou, Johnny Othona and Elvis Leon’s Under 13 Green were also knocked out, losing 9-2. In a tight and balanced game they went into the half time break 4-2 down but the second half lost concentration and poor passing provided their opposition with opportunities to score, which they took.

Chris Gregoriou’s Under 18 White go into the draw for the next round of Middlesex Cup after an eventful match which they won 4-2 which was all the more impressive due to a seriously depleted squad meant one of their goalkeepers had to play outfield. A quality strike from outside the box by Steven, a good header from a corner, a clean penalty strike by Nick was then followed by the best goal of the game by Chris Yiannitsarou whose rifled shot into the top corner from a free kick on the confirmed the win. Man of the Match was Maleak MintoMario Yiasemi’s Under 13 Gold had a league match and they were convincing winners, defeating their opponents 9-2. Goals were scored by Man of the Match Arda (4), Muzzammil (3), Dhiren and Demos.

Nick Georgiou and Dino Savva’s Under 18 Gold were also in league action winning 6-0 away in what was described by Nick as “…a disciplined performance, especially in the second half. Once the boys calmed down and kept their composure the goals started to come and there could have easily been many more.” Goals were scored by Rivaldo (2), Peter Michael, Styli Chrysostomou and Man of the Match Theo Stavrou.