Community youth football club Omonia Youth FC, who are sponsored by PIA Financial Group and Philip Ross Solicitors, would like to wish the community a very Merry Christmas and a happy, healthy New Year.

Last Sunday teams from the club played their final match of the calendar year before the Winter Break and there were plenty of goals, action and positive stories.

Sadly, the many teams of the club also held a minutes applause or a minutes silence to commemorate and celebrate the life of a young footballer from Bedgrove Dynamos FC who tragically passed away after being involved in a collision during an Under 14 youth match on Sunday 9th December. The club’s thoughts are with Luca’s family and friends.

Mario Demetriou, Johnny Othona and Elvis Leon’s Under 12 Green ended the calendar year with a great team performance. Having gone 1-0 down at half time the team picked themselves up and dominated the 2nd half, eventually winning 5-2. Goals were scored by Alex (3), Nat and Zach. Man of the Match was awarded to the whole team.

Harry Theodorou and George Sammoutis’ Under 14 Silver also won and stay top of their division with a narrow 3-2 win. Oscar, Viktor and Mehmet scored the goals with Mehmet earning the Man of the Match award.

Michael Pieri’s Under 14 White produced the performance of the week as they ended their calendar year with a comprehensive and dominant show. The team played exciting and expansive football and were efficient in fron of goal as they won their league game 13-3. Goals were scored by Itiel Omadjela (3), Noel Allen (3), Alfonso Rosselli, Kyle Ellis, Godwin Obeng, Emmanuel Onuoha-Nzeh, Mohammed Toukwei Sami Hristov and Malekai Thomas

Man of the Match was awarded to Itiel for a brilliant first half hat trick.

Chris Gregoriou and Andy Kyriacou’s Under 18 White won away 4-3. It was a slow start from Under 18 White which saw they conceded two early goals inside 15 minutes.  Nick Gregorioui halved the deficit on the stroke of half time and a far better second half performance  helped by some tactical and personnel changes saw the team run out eventual winners with some positive and good play. A stunning volley by Liam was the highlight of the second half adding to two good goals from Raheem Watt who was also named Man of the Match.

Marios Yiasemi’s Under 12 Gold played the league leaders and put in a spirited performance and played well but lost 2-0 to conceding two second half goals. Boys did play well today. Man of the Match was awarded to Darshan.

Before the end of the calendar year, the club will host its annual manager and coaches match for charity. It is a traditional that stretches back to the founding years of the club and as for the past two seasons, the match has been given extra significance as the teams will again be playing for a trophy named after Kevin Nottage, a former Manager, Welfare Officer, qualified Referee, club WFL representative and Committee Member who sadly passed away after a long battle with cancer. Proceeds from the match will go to a charity nominated by Kevin’s family. 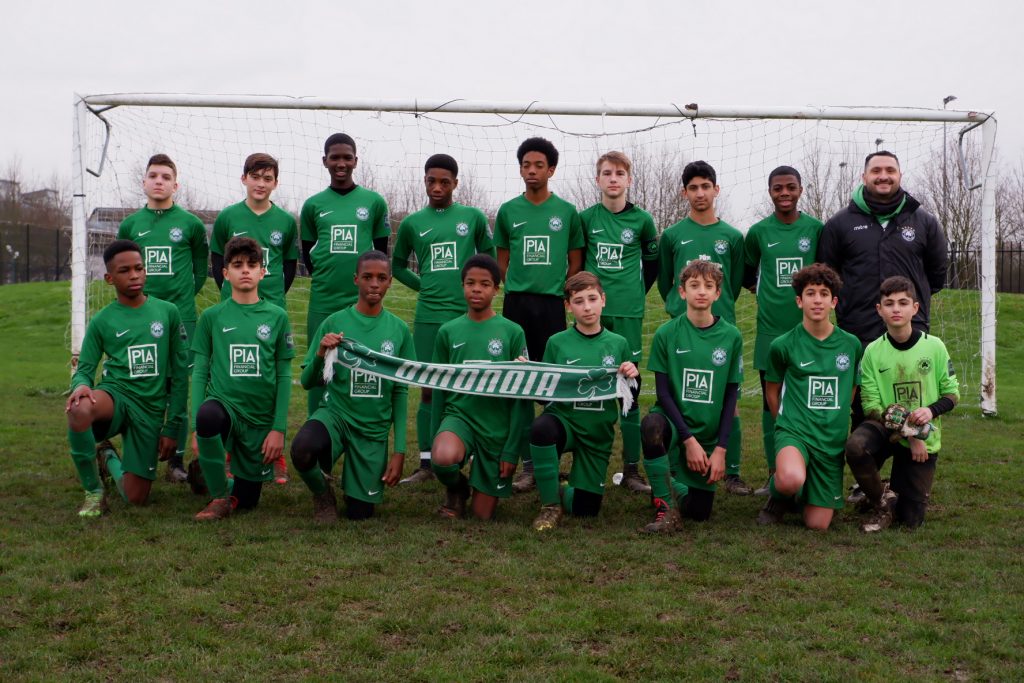